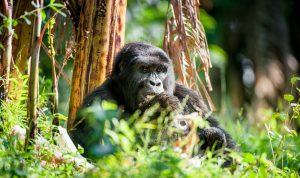 While the term “psychology” typically generates images of the human brain, of helpless people wired to machines with electrodes, or other types of one-on-one counseling, the study of the mind and behavior is not restricted to human beings. Many animals also have well-developed psyches, especially the higher profile mammals, such as canines, primates, dolphins, and pigs.

Therefore, many researchers are interested in how animal brains work, whether animals have experiences that may classify as “emotions,” and how their thoughts and emotions affect their behavior. The scientists who study this field are known as comparative researchers.

Comparative psychology is a branch of psychological thought that has its roots almost two centuries ago during Darwin’s time. When the concept of evolution was just developing, researchers began to wonder how and why some animals possess so many similarities in both physical and mental makeup, and to compare them.

Today, the word “comparative” applies to a variety of disciplines in the field of psychology. Some researchers compare the differences between humans and other animals. Primates are an especially common field of study. Species such as chimpanzees, for instance, share 97 percent of the same genetic material as humans, indicating that we have a great deal in common inside our brains as well.

Other researchers compare the differences between animals. For instance, they might compare wolves to foxes to domesticated dogs. Others compare dolphins and whales or elephants with other pachyderms. Researchers use their observations of behaviors, responses, and instincts to formulate an understanding as to how each species lives and approaches their environment.

What Does a Comparative Psychologist Do?

The professional duties of a comparative psychologist vary, depending upon the researcher’s focus in college, the location of their work, the institution that employs them, the types of animals they research, and their individual areas of interest.

Some researchers examine how learning occurs in animals. A classic example of a comparative psychological experiment is Pavlov’s work with dogs. It was quite simple: He rang a bell every time he fed them, and the dogs quickly learned to associate the bell with dinner. Soon, the sound of the bell made the dogs begin to salivate, even when the food had not yet appeared.

Other researchers use classical conditioning. This is subtly different from operant conditioning, in that researchers relate two stimuli in response to a preexisting behavior. For instance, if you always listen to Mozart immediately prior to dining, you will soon begin to associate Mozart with feelings of hunger. This doesn’t change your behavior; you still listen to Mozart and eat. But the feelings are different. Animals have the same responses, and they can learn to fear or embrace certain sounds, smells, or sights if they have been classically conditioned to do so.

These are just two examples of how researchers approach comparative psychology. Other psychologists observe animals in their native environment, catalog traits in different species and compare them to one another, or observe family behaviors within the same animal species.

Depending upon the varying parameters of their duties, comparative researchers may fulfill any of the following functions, duties, and responsibilities, including, but not limited to:

This list provides a fairly comprehensive view of the experimentation, publication, and leadership processes that a comparative psychologist might undertake at any given time.

Because of the extensive amount of differences in individual approaches, the work environment for this type of psychologist can vary widely as well. Some scientists work in nature: in the jungle, in the ocean, on the plains of Africa. There, they try to maintain a physical distance from the animals so as not to influence the animal’s behavior.

Other researchers work in zoos, which are prime environments for an examination as to how animals respond to conditioning, or they may assess attachment issues in animals that have lost or been taken from their parents at a young age. Medical clinics, aquariums, wildlife centers, and universities comprise other settings in which comparative psychologists perform experiments, observe animals, and teach others.

According to the Bureau of Labor Statistics (BLS), comparative psychologists (categorized by the BLS as psychologists all other) earned an average salary of $98,230 as of May 2019.

The BLS highlights what these largely research-focused professionals are earning (according to average salary) in areas that support research:

Because the goal of comparative psychologists is to deepen the understanding of human as well as animal behaviors, most researchers in this specialty spend at least some of their time studying the parallels between animal development and behavior and that of humans. That doesn’t mean every comparative researcher spends a great deal of time working with or reflecting upon human psychology, however. Instead, they may just conduct observations and gather evidence to compile their research; still others may use their data to draw conclusions.

A comparative psychologist’s daily activities may involve designing experiments, gathering animal or human subjects, conducting the experiments, documenting observations, collating data, examining the evidence for meaningful conclusions, writing up their findings, communicating them through a variety of channels, engaging with colleagues, teaching students, attending seminars, and delivering speeches to others in the field. The specific combination of duties depends on the job itself.

Most psychologists need a master’s degree to become full-fledged members of the community. A bachelor’s degree in psychology does not provide the same degree of opportunities or access as a master’s degree. Those with master’s degrees can design and lead research experiments, have a much greater chance of publishing in the field, and may be hired by colleges and universities. Others choose to acquire a doctor of philosophy, or Ph.D. or doctorate, degree, but this degree is not required to gain employment in the field.

To apply to a master’s program, prospective students need a bachelor’s degree with a specific grade-point average (above 3.0 is recommended), but they do not usually need work experience before application. To apply for a doctorate, however, a master’s degree is typically necessary.

Some comparative psychologists come to the field from an anthropologist, ecologist, or even a geneticist background. Those who have developed an interest in animal research and psychology while working in these fields, but who now want to move into the field of psychology, will likely need to take additional courses to prepare for a career in psychology. A common path in this case is to take post-baccalaureate classes, followed by application to a master’s program. All psychologists need a master’s degree to conduct their own experiments and obtain access to positions above the assistant level.

To use the title of “psychologist,” a license is required. Licensure is governed by the overseeing board in each state, and it must be renewed periodically. Once in possession of this title, researchers can participate in or lead research studies, publish, and advance the field of knowledge in comparative psychology.