Home School Bootcamp: 5 Easy Steps to Take to Avoid Killing Your Kids Before COVID-19 Does 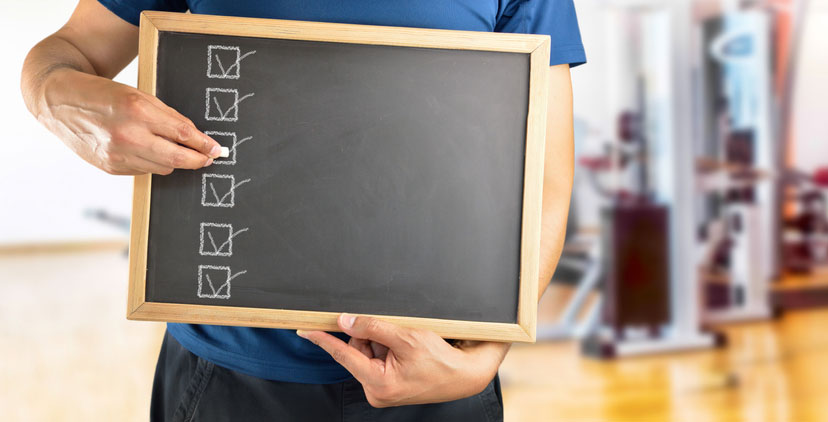 Let’s be honest; if you are the average parent, you probably wanted to kill your kids four or five times a day even before you were stuck inside with them 24/7 for what is starting to look like will be… a very long time.

This isn’t going to be like the world’s longest stretch of snow days either. At least mother nature takes care of keeping them entertained when that happens. This is going to be months of uncertainty and anxiety that will test your resolve on every level.

Not only are you going to have to fill the usual role of parenting and being the bad guy under the added stress of a crisis unfolding in the background… you’ll also be taking on a job that would make any MOPP-suited frontline healthcare professional shudder: for the foreseeable future, you’re going to be a substitute teacher.

Yeah, that’s right. You remember how much fun you had messing with subs when you were in school? Well, their curses of vengeance have suddenly kicked in. Now you’re  the one on the receiving end of it all.

The bad news is that kids have proven particularly resilient against COVID-19, so it’s unlikely yours are going to actually be sidelined. That’s why we put together a few easy steps you can take when you feel yourself about to lose it. 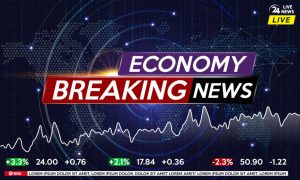 As the old adage goes: an idle child is an annoying child… or maybe I just made that up. In any case, it’s true, so it’s in your best interest to keep them occupied as much as possible.

A rigorous schedule for the day, with plenty of back-up activities at the ready in case they get bored, finished early, or just forget what it was they were supposed to be doing will make all the difference, and could save their lives.

And just having something to do isn’t quite enough. If you could keep them focused on schoolwork, chores, exercise and other constructive things, you wouldn’t be turning to blogs for the answers, now would you.

You have to come up with stuff that actually engages those little brains, or they’ll quickly discard programmed activities in favor of more amusing efforts, like, finding the fastest way to make daddy’s face turn beat red with fury.

This means you need to be ready to engage in a little mental effort of your own so you can introduce new topics when they inevitably outstrip your knowledge of the subjects you’re supposed to be teaching them. You might be surprised how fascinated they are by supply chains and production in the context of toilet paper shortages … or how they actually have questions about epidemiology when talking about a disease that all started with people eating bats… or how they might be curious about the stock market after seeing you cry into your laptop at the closing bell the other week. 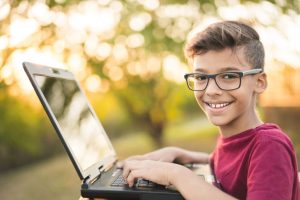 Although keeping busy is vital, so is avoiding slipping into what we like to call “The Whine Zone.” Too long at any one activity is liable to lead to boredom and the incessant complaining that comes with it. Don’t be afraid to break the day up into small chunks and switch up the routine to keep them off-balance.

Even with all the effort you’re putting into conducting classes and finding ways to keep your kids amused, you’re going to run out at some point. And that’s where the miracle of the modern internet can come into play.

There’s an endless array of educational resources out there, and there’s nothing wrong with just plopping them in front of a YouTube channel of old Cosmos episodes when it comes time to have “science” class. 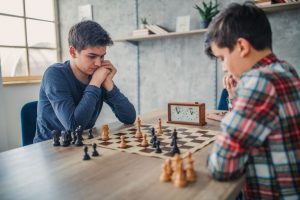 If you are lucky enough to have more than one, you probably already know this game. File it under bad parenting practices, but if it gets them both out of your hair for a half-hour or so, it could be well worth the drama. Pit them against each other in contests of skill or to vie for treats or parental affection! They won’t become less annoying, but the majority of it will be directed at a sibling for at least a little while.

Look, no one is going to judge you; this is a national emergency after all. A few bad-parenting practices that help you get through the short-term are the least of anyone’s concerns.

The reality is, you can put the competitiveness that is part of any sibling relationship to work in a positive way to keep your kids engaged in the curriculum you’re trying to teach. And if you combine this tactic with all-important lessons on how to be a good winner and a gracious looser, it can also be a great way to build a little character.

When the title is on the line, you’ll be surprised to see how they dig deep and achieve their personal best in subjects they didn’t even know they cared about. 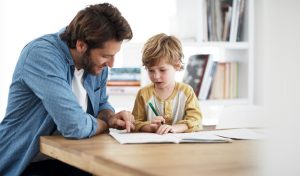 At the end of the day, there’s only one real reason that you partnered up with your spouse: so they could do the chores you don’t want to.

And under these circumstances, that can include becoming homeroom teacher for a few blessed hours while you lock yourself in the bathroom and turn up Spotify till the mirrors rattle and the toothbrushes dance in the holder.

You can’t escape from your reality – but you can take a short break from it and come back calmer and more centered. The more little things you can do to keep yourself happy and healthy in these stressful times, the more tolerant and effective you will be as both a parent and a teacher.

5 – Remind yourself that this too shall pass

Despite all your best efforts, there’s no doubt that at some point in the next few months, they are going to do something that genuinely rises to the level of deserving capital punishment. And when that moment comes, you’re going to have to just try to ratchet your blood pressure down by repeating a simple mantra: “They’re just kids. They’re just kids. They won’t always be this awful.”

Of course, none of us know when exactly it will end, but we know that day will come. And you can put up with almost anything for a little while, right? Keep telling yourself the end is in sight, it will all go back to normal soon… and eventually, it will!

In the end, with any luck, you’ll have just as many kids in the house as you started out with.