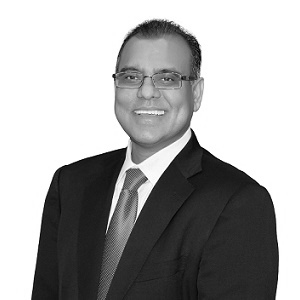 Psychiatrist, Dr. Akikur Mohammad, M.D., is an addiction medicine specialist. He is board-certified in addiction medicine by the American Board of Addiction Medicine and in Psychiatry by the American Board of Psychiatry and Neurology. Additionally, Dr. Mohammad is the Founder and CEO of “Inspire Malibu”, a rehabilitation center in Southern California. Dr. Mohammad is currently in the process of writing a new book.

What made you want to become a psychiatrist?

At an early age I became curious about how the brain works, so at medical school it was natural for me to want to pursue neuroscience. The brain is the control tower for the entire body and is, by far, the most complex organ of the human body. Yet, compared to other organs, such as the liver, the kidney and so on, very little is known about its physiology—how it works. It made me curious as a student and has continued to pique my interest throughout my professional career.

Did you always want to work in the field of addiction?

It was during medical school that I was first exposed to the emerging science of addiction medicine. What I found fascinating was how people in general, as well as mental health professionals, were all so disconnected to the development of evidence-based medicine in the treatment of alcohol and drug addiction. The world seemed, for the most part, stuck in the early 20th century when it came to treatment of this chronic disease. Half of those who have a substance addiction also have a dual diagnosis co-morbidity, such as depression. But, too often, treatment is focused exclusively on the cognitive disorder at the exclusion of the physical addiction.

Please discuss your motivation and inspiration for creating Inspire Malibu.

Substance Use Disorder is multifaceted, requiring both pharmaceutical and behavioral treatments. There are some 14,000 so-called rehab clinics in the U.S. --more than the number of Starbucks. Yet, only 10% offer any evidence-based treatment and more often than not, it’s relegated to the initial phase of treatment, detox.

By and large, the treatment of alcohol and drug addiction in the U.S. is grounded in the 12-step philosophy developed in the 1930s by A.A. However, by its own admission, A.A. only has a success rate of 5% of adherents being sober after one year.

It became clear that there was a need for a facility that focused on treatment, first and foremost, based on the recognition of alcohol and drug addiction as a genetically based chronic disease and second, treatment consisting of the latest in evidence-based medication and protocols. There is a room for A.A.-styled, 12-step programs for some patients in an overall treatment program, but it should never be the focus of treatment. To rely exclusively on 12-step therapy for alcohol and drug addiction is not only ineffective but can be dangerous --even life threatening.

Where did you go to school?

I grew up in what is now the nation of Bangladesh. I attended medical school at Friendship University in Moscow in what was then the U.S.S.R. After immigrating to the U.S., my internship and residency program was at the Los Angeles County and University of Southern California Medical Center in the Department of Psychiatry.

What groups/non-profits are you involved with? Which would you recommend for non-MDs in the field of addiction?

Both ASAM and CSAM have membership programs for non-physician professionals.

What advice would you give someone who wants to follow in your footsteps?

I would point out that addiction medicine is a growing field with a huge demand. One in six Americans has a substance abuse problem. The vast majority of physicians have little to no training in addiction medicine, so there is a great need for trained professionals.

What is special or rewarding about working in the field of addiction medicine?

On a personal level, I experience the satisfaction of knowing that I have helped to save the lives of hundreds of people with the chronic disease of alcohol and drug addiction. It’s extremely gratifying to educate addicts and their families about the fact that addiction isn’t something to be ashamed of any more than having diabetes. Most people simply don’t know what science now says about the disease and how far its treatment has advanced.

What would you change about this specialty to make it better?

The biggest challenge at the moment is dragging the treatment of alcohol and drug addiction from the 1930s into the 21st century.

Please tell me about your background as a young person. Were you influenced by addictive behaviors?

I came from a family of many physicians. No, no one in my family exhibited addictive behaviors.

By the end of my career, I hope to see science fully incorporated into the treatment of Substance Use Disorder, the licensing of all treatment centers (and rehab clinics) under uniform and strict medical guidelines, and the recognition by the public that 12-step programs should never be a substitute for treatment of addiction by medical professionals.

Science and medicine have advanced to the point where there is really no ethical excuse for denying comprehensive medical, behavioral, and psychological help to those who suffer from the medical illness of addiction. There are proven models of success, and these must be utilized to alleviate this crisis in public health.

Please tell us about the book you are writing.

The book, tentatively entitled The New Science of Overcoming Addiction, is meant for the layman. It’s the first book to be written by a medical professional that explains the current thinking and findings about Substance Use Disorder. It also informs the reader about the latest advances in the evidence-based treatment of the chronic brain disease of addiction, and how and where to get bona-fide treatment.

The book’s premise is that Substance Use Disorder is multifaceted, requiring both pharmaceutical and behavioral treatments. Alcoholism and drug addiction are complex conditions comprised of biological, social, and psychological components.

Instead of arguing over the relative importance of the biological, psychological, and social factors, the book suggests that all of these must be taken into consideration when designing the appropriate treatment for the individual patient. As an addiction medicine physician, I am as interested in how people stop using drugs as why they use them.

How have you changed as a result of the book-writing process?

I have become more dedicated than ever to bringing the treatment of the chronic disease known as alcoholism and drug addiction into the 21st century.