In the Years Ahead, Addressing the Long-Term Psychological Effects of the COVID-19 Outbreak Will Fall to Today’s Psychology Students

With sirens constantly sounding through the streets of the major cities of the world, and bodies piling up in temporary morgues set up in freezer trucks outside hospitals, the physical effects of the COVID-19 pandemic are gripping the attention of the world right now. With the worst yet to come, that focus isn’t going to shift anytime soon.

But psychologists, along with students about to graduate into the field, are already considering and preparing for the second wave of effects from COVID-19. It’s these effects that are likely to be felt most widely, even among people who were never exposed to the disease and who don’t even know anyone who got sick. The psychological impacts of life under lockdown and the sense of dread and anxiety that spread across the country faster than any virus every could will most surely show up in the years ahead as delayed fallout from the 2019 pandemic.

Amid all the unknowns that have everyone feeling so bewildered right now, one thing about this particular public health crisis is certain: it will undoubtedly be the best-documented event of its kind in human history to date.

With a public that was already self-documenting everything from the mundane to the miraculous of their lives on Instagram, Tik Tok, Facebook, and other social media sites, sociologists will have a treasure trove of in-depth personal experiences to mine for information. In fact, internet search powerhouse Google is already doing so, devoting a section of their Search Trends website to all types of coronavirus data being generated by user searches.

Researchers will stay busy for decades using that information and comparing it to incidence levels of psychological issues in populations and sociological trends that vary by region.

Sociology students, in particular, who are graduating into the post-pandemic world may well find that it shapes their entire careers. A population that has been through such an event will have a unique set of responses that might require some new entries in the textbooks to inform our understanding of a variable that hasn’t been part of the human experience for many generations.

Humanity has been through pandemics before, but the rapid spread and severity of this one has overwhelmed healthcare systems in cities around the world like nothing else we’ve seen in the modern age. That, in turn, has caused a reaction that has been unprecedented to modern pandemics: a sudden downshift in the global economy that is, for many people, proving to be as scary as the mortal threat of the disease itself.

Although fear of being infected or seeing loved ones fall ill are real for many people, the reality of losing their job may be far more immediate.

While sociologists have studied the effects of recessions and depressions, as well as pandemics, they don’t have any good examples of the two phenomena coinciding. And previous pandemics, like HIV/AIDS and H1N1, had very different clinical characteristics so data on those outbreaks isn’t proving to be very useful when it comes to finding a point of comparison.

Further research is already underway, with one of the largest efforts being the March Network COVID-19 Social Study in the UK. But the data will take time to gather, compare, and process.

Predicting Long-term Trends from Short-term Effects Can Be Perilous 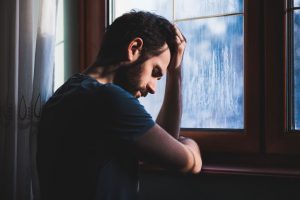 What they might find after that exhaustive research remains an open question.

Right now, sociologists and psychologists only have the immediate reactions to work with. While those are still being mapped out, some of the data are sobering: in Chicago, for example, statistics show that 70 percent of fatalities from COVID-19 have been among black residents. At the same time, there are dramatically different fatality and spread rates occurring in countries around the world, with a current Case Fatality Rate (CFR) of 0.2 percent in Germany, ranging up to 7.7 percent in Italy.

It’s a sure bet that there are strong cultural and sociological aspects to these differences, as well as organizational and tracking issues. And those components can be just as critical to developing effective containment as the epidemiological aspects.

Psychologically, the crisis is not immediately different from others – fear, anxiety, anger, and depression are all coming into play. The immediate treatments for those are also typical, but the problem remains that the standard methods of self-care, like maintaining physical health, getting sufficient exercise, and connecting with others aren’t things that are always workable under social distancing restrictions.

The long-term effects of the emotional responses the pandemic is bringing about are not well understood, and the fact that they will change at different phases of the pandemic as people’s lives and health are disrupted in disparate ways only muddies the waters further.

While the fear, anger, frustration, and boredom of social distancing are currently surging, it could be that the larger effects on the population remain months away.

The real effects on the economy are not yet nclear, and how exactly the disease will run its course isn’t either. Will another round of infections spring up in the fall? Will the virus mutate to become less infectious, less deadly? Or even more dangerous? Will a vaccine emerge, or will social distancing be the only effective measure available to us?

Till the long-term effects can be better understood, these questions will be left unanswered. Anything that can be predicted from today’s data can easily be submerged in the course of events that unfold in the days ahead.

Human Reactions to Crisis Offer a Huge Spectrum of Possibilities

There are also unknowns stemming from the rich depths of the complexity of human thought.

For example, the short-term effects of social distancing are relatively well understood and include:

But after months and possibly multiple rounds of it, will people become inured to this? … Will we grow accustomed to being alone and feel empowered by the ways that society allows us to continue working and interacting remotely even when the danger is over? … Or will we crave human contact all the more, and reject remote work and learning in ever greater numbers in favor of face-to-face experiences? … Will a generation that has already been through one Great Recession feel the effects even more strongly during another, or will the previous experience prepare them with greater sense of flexibility and resolve?

Psychologists really don’t have the data to fully predict which direction the needle might swing on these questions.

The Most Subtle Effects Could Be the Most Widespread 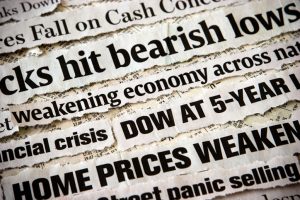 Although it doesn’t embrace the full complexity of the situation that faces the world today, the Great Depression offers some fascinating examples of long-term psychological effects on populations.

If you had parents, grandparents, or great-grandparents old enough to remember the days of hunger and unmet needs, you probably recognize some of them: cleaning every last crumb from plates at every meal, wrapping up rolls and butter to take home from restaurants when there are already plenty at home, always keeping a little something extra in the pantry. Even after decades of living in the most prosperous nation in the world, those engrained habits marked a generation.

It's seldom talked about, but widespread increases in suicide rates and domestic violence traumatized many Americans for much of their lives following the Great Depression. It’s disconcerting to note that the information we’re already seeing on the COVID-19 outbreak seems to suggest rising rates of domestic violence in areas where stay-at-home orders are in place.

Yet, when our grandparents reminisce about the economically depressed years of the Great Depression, often their memories of those hard times include a strong sense of togetherness; a feeling of community and shared hardship. Will a similar feeling emerge in the wake of the coronavirus? Or will the enforced isolation disperse those feelings and lead to increased loneliness and paranoia in the long term?

Just looking at that single subject offers a glimpse of how complicated it can be to estimate and mitigate the long-term effects of the crisis. While it’s well-known that the chronic stress of financial insecurity is an inevitable companion of recessions and depressions, researchers studying the effects of the Great Recession on depression and anxiety in the population found that those symptoms peaked even as the crisis was coming to a conclusion… not when the job losses were the worst.

Their theory is that the general sense of everyone being in the same boat when dealing with a crisis can buoy individuals even though their personal trauma is at its most extreme. But as society begins to recover, individuals and communities that feel left behind find themselves isolated and stigmatized, sometimes even if they are in fact a bit better off than they were previously.

Social isolation is the unique characteristic of the COVID-19 outbreak, and if it destroys the feeling of communal hardship and the sense of coming together that communities typically feel during a crisis like this, it could take away the one thing that helps mitigate our collective psychological distress.

Practicing Psychology and Sociology in a World Reshaped by Pandemic

It’s not all gloom, however. Humans are resilient and adaptable creatures, and sometimes forced adaptation can lead to more general improvements. Despite, and perhaps because of, the mental and physical hardships of the Great Depression, the generation coming of age during that period fought and won a World War and went on to build a financial and industrial giant that brought millions out of poverty and strife.

Certain sociological effects of the Depression also shaped the country, as well as individuals. The explosion of the entertainment industry can be traced to a need for psychological escapism, for example. Will a similar shift to streaming media occur in the wake of the coronavirus? And will that lead to even more isolation, and feelings of loneliness and depression, in the long term?

These factors will all shape the world in which today’s students in psychology and sociology will end up practicing. While it will unquestionably be challenging, it may also offer opportunities to forge new ground in those professions, studying new phenomena and developing new solutions.