Can Instagram Be a Viable Platform for Providing Therapy Under COVID-19 Stay-at-Home Orders? 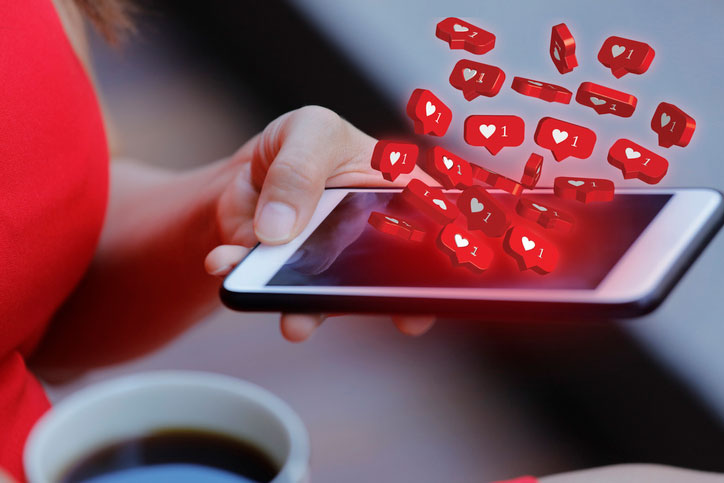 Like a lot of other work that used to be conducted primarily in person, counseling and therapy services have been abruptly shifting to an online-only format – all while trying to figure out where we fall on the essential services totem and interpret the mixed bag of stay-at-home orders handed down from state and local leaders. It’s been a bumpy ride for many, particularly the technologically challenged, but on the other hand, the services we provide as counselors and therapists have become more critical than ever: the stress and anxiety that come along with a global pandemic demand professional attention, to say nothing of the stress that comes with isolation and social distancing.

The technology is a blessing, and the APA (American Psychological Association) quickly released ethical guidance for telepsychology sessions. But some counselors have blasted right past the boundaries and conditions of conventional telepsychology practice and gone right for the channels that are going to have the biggest reach and that everybody already knows how to use: social media platforms.

Sometimes it takes a crisis to push any profession to the next level. And maybe that has you wondering: will you end up conducting your future therapy sessions via Instagram? 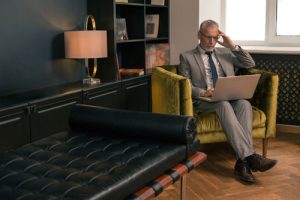 If it sounds a little wacky, you should know it’s not exactly a new trend. Some practitioners have been bleeding their practice over to social media for quite a while now, long enough that the New York Times published an article about the practice in June of last year, well before COVID-19 emerged on the scene and pushed all other news stories down past the fold.

Although they aren’t conventional influencers, professional therapists on Instagram, Twitter, and Facebook do have influence. Hundreds of thousands of followers see their posts, which are often the same kind of short, to-the-point, engaging, visual content that other influencers put up.

But these go beyond generic platitudes slapped over a screenshot of an adorable kitten, and the goal is something more than just getting more likes. They constitute real, if general, advice covering everything from self-care to calming exercises. Although sometimes they also have cats, because, as we all know, cats get clicks.

It’s more than just trolling for likes or even advertising for clients; ethically-speaking, counselors can’t treat anyone outside the state they are licensed in, and shouldn’t offer guidance as a means of advertising products or services.

But with a generation of patients who are both far more comfortable online than off and who are much more reliant on mental health services than their predecessors, social media hits a sweet spot for getting help to people that need it. It’s also the venue in which most people are getting their person-to-person contact while they are socially distanced… the internet is a lifeline for the duration of the lockdown.

And it also accepts another reality for millennials, which is that their health care plans may not cover the expensive, traditional therapy sessions that the industry typically offers. A report from Blue Cross/Blue Shield released in 2019 found that millennials are seeing rates of depression rising at a faster rate and are less likely to seek treatment than older generations.

Beyond Pretty Pictures, Some Therapists are Going Live

The boundaries are being pushed during the pandemic, though, as some genuine Instagram influencers have started live-streaming their therapy sessions. Although it’s just another way to extend the implicit promise of including viewers in their highly-documented lives, it also offers the opportunity for thousands to see what a real therapy session looks like, and, maybe, even drawing some benefit from it themselves.

Others are starting virtual group therapy sessions, using popular tools like Zoom or GoToMeeting, or even doing public question and answer sessions to try to address some of the trauma of the moment. Even some Alcoholics Anonymous groups are bootstrapping virtual meetings to get around the social distancing restrictions.

Using social media to be supportive isn’t an innovation. Before the onslaught of trolls and paid influencers, some of the fondest memories early adopters have of places like Twitter or Pinterest were of connecting with people in similar situations, who could offer advice and mental support when in-person resources could not.

The difference now is that the professionals are appearing on the scene. And they’re not likely to disappear any time soon.

Ethics May Have to Find a Way Around Innovation 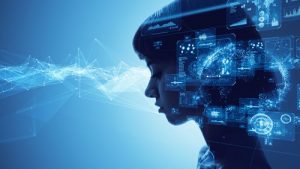 Under conventional ethics rules, including the APA official guidance, much of this is either sketchy or outright out-of-bounds for professionals. Issues of consent and confidentiality are rife, and many therapists don’t have the technical skills or the experience in telehealth to effectively deliver therapy to the exacting standards the profession requires and that they are ethically bound to uphold.

But the thing is, what’s happening seems to be working for a lot of people. Maybe more than were being taken care of under the old system. And, whatever the defects, it’s pretty hard to take something that’s working and trade it in for something that everyone already knew was old and busted, like much of the American mental healthcare system.

The long-term psychological effects of handling the COVID-19 pandemic are expected to be significant; The Lancet performed a review of existing literature on quarantine and isolation and found significant evidence for increased rates of post-traumatic stress and other long-lasting effects. So the post-COVID-19 population is going to be more in need of professional therapy than ever before.

But, so far, no major overhauls of mental health service provision or funding look like they are on the radar.

That leaves you with an important set of skills and services to offer, a lot of people who need them, and no easy way to connect… except, maybe, through social media.

Do You Have What It Takes for Social Media-Based Therapy?

It’s a truism that therapists often remind their clients of the adage that you can never go back to the way things were, only work toward what you want to create.

Like a lot of the big changes that have come with COVID-19, this trend may not go back in the box after the virus is squashed.

That means you may need to polish up not only your psychological and therapy skills, but start thinking about how to craft a catchy meme or put together a paragraph that will go viral. And you’ll have to reconcile the ethics of offering therapy in a new medium, a new format, that doesn’t exactly conform to the traditional views of how patient/counselor relationships work.

But it’s going to be a bit like the Wild West for a while, which offers you an opportunity: what do you want to create in a new world of social media therapy?