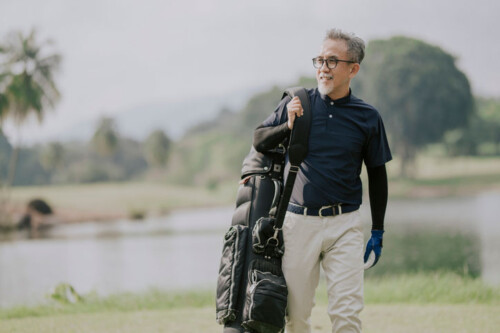 Let’s not beat around the bush: a lot of people become psychologists because there are big bucks waiting for you on the other side of your degree program.

Yes, it’s true that a career in psychology allows you to help people with real mental health issues like depression and anxiety. Maybe you even get to work with kids and families, and change lives along the way. Clinical psychology is littered with opportunities to make a difference, and that’s a real kind of compensation.

But there is also plenty of cold, hard cash floating around in the industry.

That’s because, according to the National Institutes of Mental Health, mental illness is common in the United States. More than 51 million Americans live with some sort of mental health issue, nearly one in five adults. Those can range from run-of-the-mill anxiety to full-blown schizophrenia. All of them need professional treatment from psychologists.

But at the same time, according to the National Center for Education Statistics, there are only around 6,000 doctoral graduates from psychology programs entering the workforce each year. And not all of those are even necessarily going to pursue clinical licensure and patient therapy work.

The gap between skilled clinicians and patients with mental health issues means that American psychologists are in high demand, and that demand means they can command big money.

How big? Well, it’s a little more complicated to figure that part out. Psychologist careers go through several different phases, so it’s not as simple as picking one single number and saying that is the right salary. Just as important, clinical psychologists can find jobs in different parts of the country and different industries, all of which goes into calculating average salary.

So a clinical psychologist average salary is best understood by looking at what psychologists make in those different phases of their careers.

How Do You Know How Much Clinical Psychologists Make?

Before we dive into all the dollars and cents, you should know where it comes from and how much you can trust it.

The go-to source for salary data for just about every profession in the United States is the Bureau of Labor Statistics (BLS). A part of the federal Department of Labor, BLS tracks all kinds of work and career trends, including employment levels and benefits in addition to salary data.

This is all collected through several different national surveys that are conducted of both employers and employees with statistically significant sample sizes. The surveys data are fed into complex models that establish the overall salary range by job classification and region.

Clinical psychologist salaries are not tracked independently from other types of psychologists.

BLS definitions don’t always line up exactly with what the industry itself considers a standard job title, though. Clinical psychologists are one of the positions that falls into that kind of crack.

But there are two problems with those values. First, the Bureau shows that jobs within this category are overwhelmingly listed as being within elementary and secondary schools. That means the largest influence on the salary numbers are actually school psychologists, who have a different background and lower pay range than the typical clinical psychologist.

You can see that these categories are pretty much in alignment, with median salaries that just break the six-figure mark.

You came here for real answers and that means pinning down real data. To really drill down and identify precisely what you can expect to earn as a clinical psychologist, it’s worth laying all this out.

For our estimates here, we’ll use the psychologists, all other category as our baseline for clinical psychologist salaries. That might seem counter intuitive at first, but there is reason to believe it is the most accurate since it excludes the lower salaries that school psychologists earn. 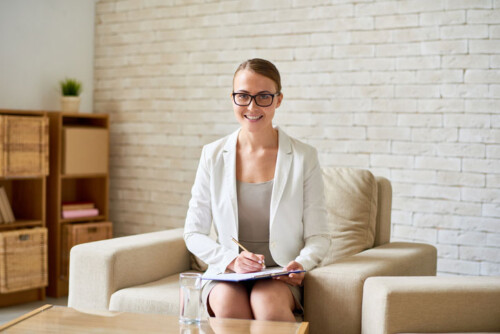 Online psychology degrees have made career preparation in the field very accessible.

Although most clinical psychologists are required to have doctorates in order to become licensed to practice, a handful of states offer associate psychologist licenses that allow clinical psychologists to get started in the industry by working under supervision with just a master’s degree. Those are exactly the kind of jobs you will find at the lower end of the starting salary range.

Of course, even doctorally-prepared clinical psychologists don’t start off at the average salary for the profession, or even anywhere close to it. You earn a reputation in this business as your skill level and expertise increase, so you can expect your salary to climb in the years after you get started.

What is the average starting salary for a clinical psychologist?

According to the Bureau of Labor Statistics, the median salary in 2020 for psychologists at the lower end of salary scale, which is where starting salaries would fall, range between $44,500 and $76,730. Those with doctoral degrees will be toward the upper end of that range, while those who have only master’s degrees at the beginning will fall toward the lower end.

Mid-career clinical psychologist salaries are the land of the median. At this stage in your career, you have shaken off those new-graduate misconceptions, taken on a few tough cases, scored some victories, notched some defeats. You’ve climbed the rungs from the bottom levels of the psychologist salary ladder and ended up somewhere in the lower six figure range.

But here is also where you will start to notice differences based on your specialization and industry.

BLS tracks psychologist salaries for those employed specifically in the offices of mental health practitioners, which probably covers the bulk of independent psychology practices. The median there comes out at $103,560, which lands right between the two categories we named above.

Psychologists who work in individual and family services, another hotbed of clinical practice, average $100,640 per year.

But location can make a huge difference, too. BLS tracks the differences for both state and metropolitan area. The top states for clinical psychologist salaries are:

Clinical psychologists make excellent money, more than $100,000 per year on average. You have to balance the salary against some other factors, however:

On the other hand, the freedom of running your own office and being your own boss can be worth a lot, even if you can’t add it up in dollars and cents. It’s nice to have options!

Clinical Psychologist Pay at the Peak of the Profession

While you can jack up your compensation just by working in the right industry or relocating to the poshest Florida or California suburb you can find, you will also notice that your income level keeps rising as your experience and reputation grow. You keep learning through practice, through continuing education, through your own insight and personal development.

That kind of growth and expertise ends up being worth big money to employers or clients. So by the time you have twenty years or more under your belt, you can expect to be entering the upper ranks of the profession. How much do clinical psychologists make in the top ten percent of the field?

According to BLS, they pull in more than $133,470. Those in the top quarter, still a pretty elite group, make as much as $119,460. And keep in mind, those numbers are just the salary potential. You will also likely be looking at improvements in other kinds of compensation at that level, whether bonuses if you work for a bigger organization, or more flexibility in your working arrangements and choice of casework if you are self-employed.

There is a reason psychologists with plenty of years of practice behind them have the big houses and nice cars. At this stage, you’ve earned them!

How much does a clinical psychologist with a PhD make?

Since almost all clinical psychologists have a doctoral degree of some sort, either a PhD or a PsyD, you have to distinguish your earning potential through other factors, such as specialization or the industry you work in. The Bureau of Labor Statistics shows the median for the general category for psychologists to be $105,780. For clinical, counseling, and school psychologists in offices of other health practitioners specifically earn $101,860.