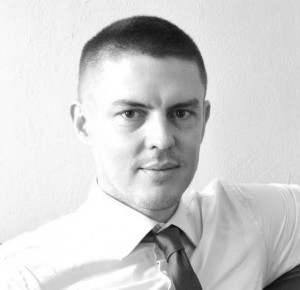 Ben G. Adams, Ph.D., grew up in St. George, Utah; a small town where his father was the community’s first psychologist. Having witnessed his father single-handedly manage the town’s psychology services which included managing the inpatient unit, working at the rehabilitation facility, as well as providing outpatient services, Dr. Adams was well-steeped in the dedication that came along with the profession. He went on to make his own mark in the field of psychology not only as a Project Manager in the Division of Social Psychiatry; Department of Epidemiology at Columbia University's Mailman School of Public Health Research; but also as a researcher in the field of PTSD. His first major study was published in August of 2006 by Science, entitled: "The Psychological Risks of Vietnam for U.S. Veterans: A Revisit with New Data and Methods." The report garnered world attention because it found that 18.7 percent of Vietnam veterans had developed war-related PTSD during their lifetimes and 9.1 percent continued to suffer the effects 11 to 12 years after the war ended. The study provided the basis for additional research and publication regarding his later findings that people who perpetrate atrocities also suffer from PTSD.

Most recently, Dr. Adams has authored the book, The Creative Process Diet which is, according to the publisher, “An ecstatic dieting technique that not only feels amazing, but that also unleashes unprecedented magic and transformation in the life of the person who implements the simple technique described in the book. This is a diet book that is truly unlike any other. It brings the reader along on a journey through the psychospiritual dimensions of dieting, and inducts the reader into the mystery of effortless self-mastery--a paradoxical condition in which one's desired bodily form materializes on its own, through the deeper workings of the creative process.”

We were fortunate to catch up with Dr. Adams and chat with him about his life and his new book.

What made you want to become a psychologist?

In college, I felt torn between art and science. I love both and didn't want to choose one over the other. I realized that psychology is perfect for me because it is the science that has the most overlap with the arts. I see psychology as being very much about the same things that art is about--the mysteries and complexities of the human psyche.

What sort of education did you receive to get to where you are today?

I earned a Bachelor's degree in Psychology at Brigham Young University and then earned a Ph.D. in clinical psychology at Columbia University. After that, I stayed on at Columbia for three years as a post-doctoral fellow doing research on post-traumatic stress disorder (PTSD). After that I decided to enroll in classes at the Art Students League of New York so that I could write a book that fully integrates my interests in both art and science.

What advice would you offer someone who wanted to follow in your footsteps?

My journey has been very much about creating my own path and creating a book that goes outside the traditional conventions of psychology. For anyone who wants to do something similar, I would say prepare yourself for an adventure that is filled both with challenges and with a very deep creative satisfaction.

Tell us a little bit about your new book and what it is about?

The Creative Process Diet is a diet book that provides the reader with a very simple technique for creating the condition of self-mastery. This technique involves planning meals one day ahead and then following through with each day's designated plan. The book guides the reader through the internal psychological process that unfolds when we deliberately create self-mastery in our lives. You can learn more about it at thecreativeprocessdiet.com.

What made you want to write this particular book?

The book evolved from my own experiences with health and fitness. I went through a lot of trial and error in my efforts to follow the Body-for-LIFE fitness program, and through that process I figured out how to get into good shape in a way that is almost completely effortless. I wanted to create a structured system for getting into great shape in this highly effortless way and share that system with other people.

Has your life changed since you wrote The Creative Process Diet?

My internal life changed a lot as a result of writing the book. I became much more comfortable in my own skin. There was something about going to an art school and writing the book that I wanted to write that gave me a very strong sense of self, which is something I haven't always had. Also, now I have the feeling that I have really done something major to fulfill my own life potential. Before I wrote the book I always felt there was something big I needed to accomplish, and I no longer feel that way. Now I just want to share the book with others.

What did you learn from writing it?

How has the book affected your professional life?

We look forward to future discussions with Dr. Ben G. Adams about his writings and diversified fields of study.