Psychologist vs Psychiatrist: What’s the Difference?

Many people see all the “psych” in the words and immediately want to know what's the difference between a psychologist and a psychiatrist? They sound the same, they look kind of the same, they play similar roles in movies and TV. But when you are choosing a career in mental health, or trying to find treatment for a mental disorder, that difference can be critical.

If you ask most people, “what is the major difference between psychologists and psychiatrists?”, they’ll probably tell you it is the prescriptive authority that psychiatrists have to offer medications for mental health conditions. But in at least five states, plus some federal services, psychologists are now allowed to write prescriptions, too, and more states may follow.

Psychologists are known for offering psychotherapy, but psychiatrists are also allowed to treat patients through discussion rather than dosages.

The story of psychologist vs psychiatrist isn’t really either/or, though. Each have their areas of expertise.

Many of the best case management strategies in mental health rest on care teams that include both psychologists and psychiatrists.

But both professions can offer productive, satisfying careers in counseling to anyone who pursues them.

There are still big differences in the philosophy and types of treatment between a psychologist vs a psychiatrist, though. 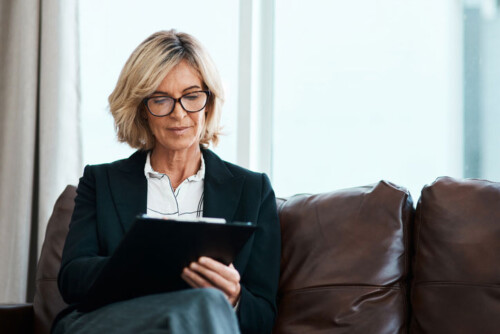 What is the difference between a psychologist and a psychiatrist when it comes to training? It can start as early as their bachelor’s degree choices.

As medical doctors, psychiatrists know they are heading for med school from almost day one. That means majoring in pre-med, biology, or sometimes psychology. Medical school itself is tough to get into and requires another four years of difficult study of anatomy, histology, physiology, pharmaceuticals, and other hardcore chemical and biological sciences. That opens up licensure as a medical doctor, but they are still only halfway through the process. Another four years of residency gives them hands-on training in a wide array of medical specialties, including two years or so in psychiatric rotations specifically.

Psychologists, on the other hand, may major in psychology but can also start off in other human services fields like counseling at the bachelor’s level. Their doctoral studies as a PsyD (Doctor of Psychology) or PhD (Doctor of Philosophy in Psychology) can take another five to seven years to complete, but the course of study will exclusively be in mental health subjects. Sociology, psychopathology, behaviorism, and clinical assessment and treatment techniques are some of the subjects covered. You can find a psychology degree programthat will lead into specialties ranging from industrial-organization psychology to addiction therapy.

A psychologist can be a therapist, but the role is also more wide-ranging than just therapy. Psychologists have expertise in delivering clinical therapy but can work in research, academic positions, or even corporate or government advisory positions.

Is psychiatry harder than psychology?

The answer to that depends on whether you ask a psychiatrist or a psychologist the question! It’s definitely harder to become a psychiatrist, but once in practice, each role has its own unique challenges and benefits. What you find difficult might be a matter of preference. Your job will depend on what your specialty is and where you practice. Either role can offer you a profession that you will love.

The Difference Between Psychologist and Psychiatrist Careers 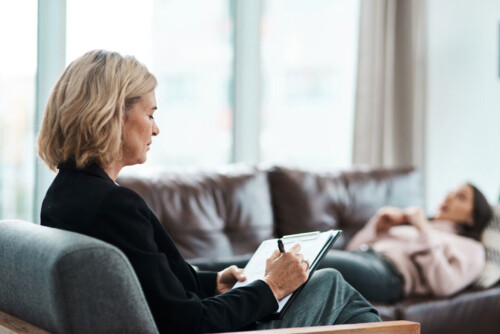 As you might guess from all the specialized psychologist degree programs available, psychologist careers can go in many different directions. You can work not only at the clinical level, offering therapy directly to patients, but also find plenty of jobs in policy, research, and program design. They can work in private practice or for big companies or the government. Psychology plays an important part in fields ranging from advertising to public health, so the sky is the limit for jobs.

Psychiatrists, on the other hand, stay very much in the lane of direct mental health treatment. Their specializations reflect different types of psychiatric and psychological conditions. They will almost always work in healthcare settings, and on cases that are severe enough to require medical treatment.

Licensing Requirements for Psychologists vs Psychiatrists

Both professions are heavily regulated and require state licensing to practice.

A psychiatrist has the tougher path to follow to licensure. On top of an extensive education, they have to pass the formidable three-part U.S. Medical Licensing Exam (USMLE). Different states might also have state-specific tests to pass. In most cases, they will also earn a certification from the American Board of Psychiatry and Neurology (ABPN), although this isn’t required for licensure.

Psychologists must take and pass the EPPP, Examination for Professional Practice in Psychology. They also may need to take specific state-level exams on jurisprudence and regulations.

The rough equivalent to residency for psychiatrists is the post-doctoral supervised field experience requirement that every state imposes on clinical psychologists. You can expect to spend between 1,500 and 6,000 hours in supervised practice before you’ll be eligible to take your licensing test.

Can a psychologist write prescriptions?

In some states, they can! Licensing laws in Idaho, Iowa, Illinois, Louisiana, and New Mexico allow psychologists to write scripts. Military psychologists also have prescriptive authority, along with those who work for the Indian Health Service, regardless of what state they are working in.

Do psychiatrists do counseling?

Psychiatrists are legally allowed to provide the same kind of counseling and psychotherapy services as psychologists, but most of them instead rely on their training to focus on medical treatments for mental issues.

Are psychologists allowed to diagnose?

Psychologists are licensed mental health professionals who are allowed to diagnose mental illness. However, they do not have the medical training to make a diagnosis of issues that come from physical conditions.

Different jobs result in different compensation, and there is a big difference in psychologist vs psychiatrist salaries.

According to the Bureau of Labor Statistics, the median salary for psychologists in 2020 was $80,370. Psychiatrists, on the other hand, earned an average of $217,100.

But the gap probably isn’t as big as it first appears. The median value for psychologists includes all types of psychologists. There are many psychologists who are not licensed and do not practice clinically, earning lower salaries than positions that are more closely related to psychiatric jobs.

BLS also tracks that data, putting clinical psychologists in the group of Psychologists, All Other. The median for that group is $105,780. Those in the top ten percent of the profession can make more than $137,590 per year. It’s not psychiatrist-level compensation, but it’s nothing to sneeze at.

Who earns more, psychologist or psychiatrist?

Psychiatrists earn at least twice as much as psychologists do. On the other hand, the cost of their training is considerably higher, as is the malpractice insurance cost for those in private practice.