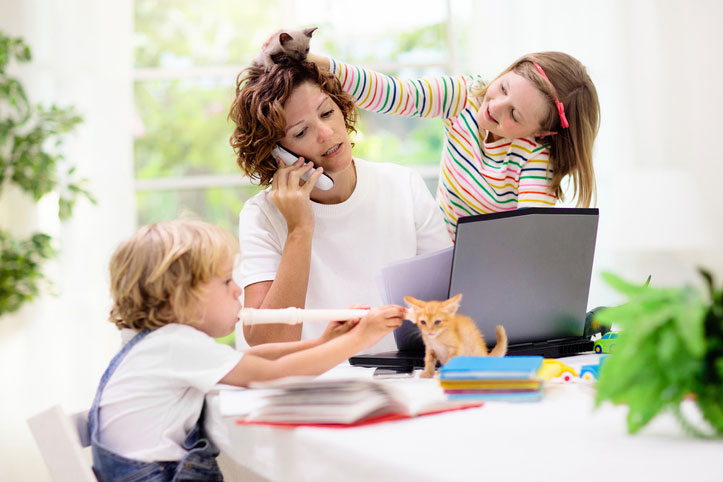 Some psychologists trying to stay productive while isolating at home have been preparing for the big wave of COVID-19-related mental health issues by combing through the research on past pandemics to get an idea of what types of issues to expect. This has led many of us in the field to unearth a body of evidence for something that parents have been saying all along – being locked up with your kids for weeks really can drive you over the edge.

It’s no joke. A 2013 study conducted by researchers at the University of Kentucky found that more than a quarter of parents who were quarantined or isolated with their children developed symptoms common of trauma-induced mental health disorders. Compare that to a post-SARS PTSD study looking at patients that were actually infected, and the prevalence of those experiencing post-traumatic stress was only 4-5%.

Let that sink in for a second—people who actually could have died came out of it on the other side happier and healthier than parents locked up with their kids. 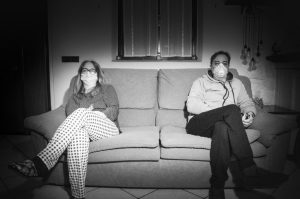 Some of the complexity of the situation is already starting to emerge, revealing how even in the age of shared parenting, things are rarely equal among moms and dads, in terms of both experience and the psychological effects of lockdowns like the ones we're experiencing now. A survey conducted by the Kaiser Family Foundation during the current COVID-19 outbreak shows an emerging gender gap, with moms absorbing the brunt of the pain and punishment.

While both moms and dads reported worsening mental health as the crisis progressed, it got a lot worse, a lot faster for moms: by the end of a month in isolation, nearly 60% were reporting problems, versus only 32% of fathers. Closer to the beginning of the month, there was just a 5% gap between the two, indicating that things were going downhill a lot faster for team matriarch.

That’s old news for moms, of course. They’re used to getting a raw deal on the thankless part of parenting while dad’s get a parade for doing next to nothing. At least moms can harvest that imbalance for a little guilt-leverage later on.

It’s not a matter of perception or resilience either – let’s get out in front of that men’s rights-esque argument immediately. Women are feeling the stress of isolation that much more because more of the stressful work is piling up on their plate.

Even as gender disparity makes headlines when it rears its head in business and elsewhere in society, the incongruent reality is that gender roles have to a great extent gone unchallenged in most homes. Many women will tell you that there are still assumed roles at home, and unless they take it upon themselves to challenge those assumptions, both kids and dads are looking to moms to get everyone fed, keep the kids both amused and on track with online classes that probably aren’t going all that well, and to head out into the COVID-infected world to do the shopping. Add to that the stress of shifting over to working from home, or worse, the loss of a job, and the blood pressure goes through the roof.

A lot of women will also tell you that in the midst of chaos, taking to the soap box to push back on gender role assumptions can be just another stressor, so it’s a discussion that often gets put off. Make no mistake – it is strength, not meekness, to carry the load when things need to get done, especially under the added sense of urgency that seems to be riding everything we do right now during the pandemic. 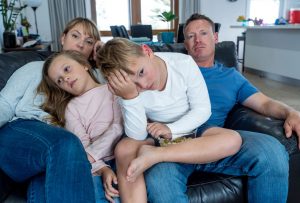 Pretty much all the studies suggest that the mental fallout gets worse the longer the isolation continues – unless, maybe, it lasts long enough for the kids to turn 18 and go get their own homes to isolate in.

We’re well past ten days in most parts of the country now, and with no definite end in sight. And that’s a big part of the problem – the indefiniteness and uncertainty of it all. There’s no goal to work toward, no release date to count down to.

As most psychologists understand, the reality is that it may well actually turn into a year or more—not a sustained quarantine, but intermittent, on-demand lockdowns in response to regional or local COVID flare-ups that may emerge as the country gradually relaxes isolation protocols. Until a vaccine or other widespread control measures are found, this may only be round one.

That takes psychology into uncharted territory when it comes to the effects on both parents and children. The stressors may become subsumed into a new normal as society adjusts… or they could compound, as multiple stressors in war zones have been found to do, creating unique and complicated patterns of mental health effects that psychologists and social workers will be teasing out and developing new treatments for in the decades to come.

When Parents Go Downhill, Kids Have it Worse 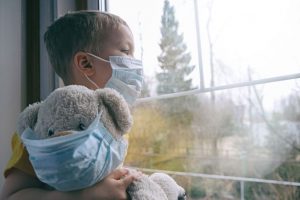 Although parents may be worse off than other folks cooped up under stay-at-home orders, they shouldn’t start feeling too sorry for themselves just yet – it’s actually kids that have it the worst. You know that University of Kentucky study showing more than a quarter of parents suffering from PTSD after quarantine events? Well, it showed that more than 30% of their kids were affected.

Most psychologists would tell you, that’s a fairly predictable outcome. Not only can children be more vulnerable as a population, it’s also well-documented that PTSD and other stress-induced disorders among parents can carry over in significant intergenerational effects.

This may emphasize the importance of focusing on the needs of the parents first in psychological interventions. If creating a safe and supportive environment prevents PTSD in kids, then stabilizing parents could go a long ways in flattening the curve of secondary mental health issues that could come from the pandemic. And if ever there was another curve we need to think about flattening right now, this would be the one.

Treatment Options Are Restricted By Circumstances 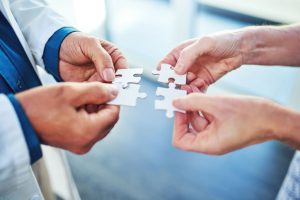 The importance of treatment is clear; the actual tools at hand are quite limited.

While CBT (Cognitive Behavioral Therapy) and psychodynamics are both effective treatments, widespread economic fallout plus the reality of just not having any time left over after a busy day of work, tutoring, and basic chores may put those things out of reach for many parents.

In a lot of cases, that’s going to leave psychopharmacological treatments as the most obvious option. But that, in itself, could create long-term knock-on effects. The APA reports that drugs alone are less effective than traditional therapy for non-psychotic mental health issues and it’s still necessary to do a work-up and conduct follow-ups to find the right prescription and dosage. The field of SSRI pharmacology is still not sufficiently understood to be deemed a panacea… so don’t believe parents who tell you their kids have made them literally psychotic, at least not for another few weeks.

Where does that leave psychologists and social workers? Adaptation and experimentation may be the order of the day for parents and kids confined during COVID-19. With such large numbers of people being impacted, and such unparalleled global uncertainty, it is, for better or worse, time to break new ground in PTSD prevention and therapeutics.