Why Political Psychology is Increasing in Popularity in 2016 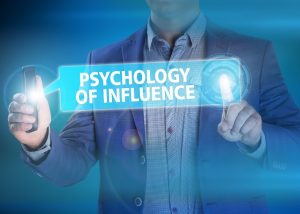 One of the sub-specialties in the field of psychology experiencing notable expansion is that of "Political Psychology." Not to be confused with the academic discipline of "Political Science" which attributes political events to political forces; political psychology "explains political phenomena by taking a psychological perspective. We place our emphasis on unobservable psychological processes unfolding in the minds of political actors" explain experts at Stanford University.

The Political Psychology Department at the University of California at Irvine (UCI) asserts the increasing emergence of landmark institutions in the specialty is proof positive of its increasing expansion. Examples of these organizations include:

Further examples are found within the psychology departments of most universities and prominent colleges; they have founded and are growing the Political Psychology specialty on their campuses to meet student demand.

Since psychological processes have been "unfolding in the minds of political actors" as long as politics have existed, why is the field gaining momentum now? Why are the services of highly trained political psychologists increasing in demand? The following is a modest look at what is inspiring growth within the academic discipline; stimulating the job market and subsequently changing the face of Political Psychology in the United States. In short, we examine 2 examples of "political phenomena which need to be explained by taking a psychological perspective."

The Psychological Downfall of Media Technology in Politics

Technology in all its forms has affected every career field and academic discipline in the world; psychology is no exception. However, in the field of Political Psychology, how people respond to media technology over the last 6 decades has been exceptionally profound and sweeping. The way people behave and think in regards to political events and questions has undergone a radical transformation; society went from basing their decisions on what the media presented to nearly ignoring what it produces. Politicians, government leaders and political systems have been significantly affected by these evolutions; they can longer effectively use the media and its technologies to influence and communicate with the general public.

The change is illustrated by the following: The first major event intersecting media technology with politics and behavior occurred with  first presidential debate ever to be televised; September 26th, 1960. With 70 million viewers, which was 60%of the American adult population tuning in; researchers and analysts the world over learned that media technology was the most important tool in politics for the time period. Psychologists, political scientists, historians today agree: the way the two candidates appeared on television screens across the nation determined who won the election. Those who had watched the debates cast their votes for reasons predominantly based on how the candidates looked, not on the content of their campaigns.   In fact,   to highlight the phenomena the effect had on politics, the Oxford University Press published an article on the 55 year anniversary of the event (September 26th,  2015) recalling the specifics of the day and how the experts reacted.

As of 2016, the phenomena has reversed.  The last presidential debates occurred in 2012 and according to the Nielsen Rating Report the first airing had 67.2 million viewers. While this appears to be a small drop from the 1960 count of 70 million; the tables are turned when considering the overall population change from 180 million (1960) to 313 million (2012).  The 57.5% increase in population yielded fewer views than 52 years previous; meaning the percentage of adult Americans trusting the media for information dropped from 60% to 21%. Further evidence of the situation is found in the statistics reported in recent Rasmussen Reports (2016):  "61% of voters said they do not trust the political news they are getting and 59% said the coverage of the 2016 election process will be biased."

Government leaders, aspiring politicians and those in policy making positions are currently facing a nation desperately in need of a new means of communication. If the public does not believe what it hears and reads, those governing and running for political office must develop strategies to re-establish political credibility and trust. The downfall of media technology has led political analysts, economists, political scientists, historians, candidates and the like to ask, "What is the American public doing? What are they thinking? Why are they behaving this way? How can we reach them if not through the media? What does this mean for all aspects of government?"

The questions posed also lead to the next factor which is a Disillusioned Populace.

In a 2016 Gallup Report entitled "Americans' View of Situation in U.S. Remains Depressed" the prestigious polling company reported that 60% of Americans view the current political climate as negative. This percentage is only 6%-7% lower than times of the serious political unrest and dissatisfaction evidenced in the Watergate scandal of 1974 and the economy crash and gas crisis of 1979, respectively.

The New York Times recently published an article assessing Americans as not only disillusioned with "politics" in general but in democracy as well. In "Across the Globe, a Growing Disillusionment With Democracy" authors Foa and Mounk say,

"In the United States, the federal government has shut down 12 times in the last 35 years... A Gallup tracking poll shows that trust in the presidency and in the Supreme Court stands at historic lows — while faith in Congress has plummeted so far that it is now in the single digits."

When a nation is widely characterized as politically depressed, the entire political system is challenged and in danger of being compromised.   Because the expertise of political science does not employ the psychological tools needed for analyzing, assessing and offering solutions for those in political power, the political machine will need a psychological overhaul. The only logical source for answers grounded in scientific processes is in the field of psychology; specifically that of Political Psychology.

Political Psychologists are the political specialists who can and will make sense of and begin the healing of serious political issues, controversies and occurrences. Scholars in this specialty field will be the catalysts of growth and change for governments and their leaders; inspiring them to better serve their constituencies by defining and exploring their own political behaviors as well as those of the served.

For students who have an interest in a career in psychology which involves the study of political systems, processes and phenomena the time is ripe for earning a degree in Political Psychology.