The Psychology of Media Censorship 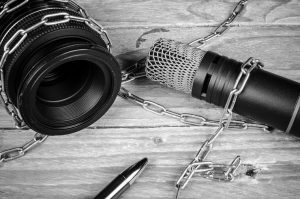 Patrick Mattimore has a lot to say on the subject of censorship.  He also has the education and the professional adeptness to back it up.  Raised in the United States, Patrick is now retired and living in Pattaya, Thailand.

Below are some of Patrick Mattimore’s thoughts regarding the psychological effects of censorship.

What motivated you to research and then write about the influences and the psychological effects of censorship?

Writing in China, I obviously had preconceptions about what I could or could not write. I also felt that I needed to approach China with fresh eyes. That led me to question many assumptions I had grown up with. One of those assumptions was that (A) the press in the West was free, and the East it was not. A corollary assumption is that a free press is necessarily a good thing. But as I thought about the issue I realized that a lot of "freedom" in the West meant that stories were often told from many different perspectives, with loads of biases, and a busload of lies and falsehoods thrown in. So, much of what I wrote about was in praise of the communist press, which while censoring many voices was at least dependable in getting a clear voice out. I would typically temper that "praise" by suggesting that a single voice came with its own set of liabilities. The takeaway message, however, is that China and Thailand as well, although subject to censorship, really aren't able to blot out all of the messages.

I also liked introducing the idea that censoring something makes it more attractive from a psychological standpoint. I wrote about that aspect for both the Chinese and the Thai press, and I also wrote a column recently for The Bay Area News Group on this subject.

Can you expand on this?  Specifically, the influences of censorship in China and/or Thailand?

Reporters Without Borders does an annual ranking of press freedom in about 180 countries. China ranks in the bottom five countries, and Thailand is in the lowest third (and dropping), which will likely accelerate as a result of the martial law imposed in Thailand a year and a half ago. In China, there are a number of topics that are essentially, off-limits – free Tibet, the Falun Gong, independent Taiwan, criticism of party leaders and their policies generally, unequal treatment of minorities or inadequate government responses to their problems, etc. China will black out sites when they don't like what the messenger has written. The New York Times, for example, has been blacked out for about three years ever since they wrote an article suggesting that one of the Chinese leaders' families was reaping profits as a result of his position. Thailand too, has a couple of topics that are off limits – primarily criticism of the royal family, which is a crime. In both countries information can be accessed through the use of VPN's (Virtual Private Networks, which allow people to communicate private information securely over public networks).  It’s also interesting to note that the English press has more freedom than the native media in both countries.

How are people coping with censorship in China?  Have they found ways “around” it?

Young people, particularly, gain access to western media using VPN's. For the most part, people don't seem to concern themselves much with what the government does. That said, my sense is that censorship is like telling Eve not to eat the apple. Even without the serpent around to entice her, she is going to want the apple. One of the best endorsements for novelists around the turn of the 20th century was when a novel was "banned in Boston." Prohibiting things makes them more attractive. So the impact on people in China and Thailand is that people will either find a way around the censors, or believe that the West (where offensive material is not censored) must really be a better place to live. The general take away message for governments should be to avoid trying to censor things.

You mentioned that using principles of psychological science could result in good decision-making.  Can you explain this?

Psychological science can help us understand, predict, and modify behavior. It can help us critically analyze information with a goal of making informed judgments. For example, China has the highest number of cigarette smokers and smoking related deaths in the world. But it's a problem that has a curious psychological twist because; unlike in most other parts of the world, smoking is gender specific in China. That is, over 50% of the male adult population smokes, but only 2% of females smoke. So, if one were to work on eradicating that particular problem, it would probably be wise to approach the gender issue first and foremost. (Of course, a complicating factor is that the government realizes huge revenues in taxes from the sales of cigarettes, but that is a different issue).

What makes government censorship of the press and resultant self-censorship by media itself even more baffling, is that psychological science suggests that it doesn't work. If you want to make an idea, or nearly anything, more valuable to someone, make it less available by censoring it.

For example, more than 40 years ago, when University of North Carolina students learned that a speech opposing coed dorms on campus would be banned, psychologists reported that the students became more opposed to the idea of coed dorms. Without ever hearing the speech, students became more sympathetic to its argument.

Advertisers have long been aware of the power of prohibitory admonitions to promote products, enticing consumers by advising them to not taste the forbidden fruit. Before advertisers for Charmin bathroom tissue exhorted customers: "Please don't squeeze the Charmin," it's likely no one ever had.

By ordering stories covered up, the government ensures that those stories will be accorded more importance than they warrant. By limiting individuals' access to information, that information becomes more attractive. Psychologist Robert Cialdini calls this the principle of scarcity. We want those things that are hard to get even though there is logically no more reason to want a scarce item than a plentiful one.

Placing restrictions on the press or forcing the media to self-censor may temporarily put a lid on the information jar, but, inevitably, the information will get out. The tighter the government twists the lid, the more chance the jar will shatter in its face.

Final thought:  it’s very difficult to censor media or silence people, as social connections will most always find a way around it. 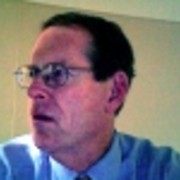 Patrick Mattimore is a member of the Society of Professional Journalists and has written commentaries for a variety of publications, daily newspapers, professional magazines, and weeklies.

His areas of expertise are law, psychology, and education. He taught high school psychology for many years in the US, and was an adjunct professor of law in the Temple University/Tsinghua University LLM program in Beijing, where he also taught psychology at a private college.

While living in China (2009-2012), Patrick authored an award-winning online column for China Daily and was the sole foreign writer invited to tour China as part of a national tour of online writers. He wrote an "expert's take" on the media for China Daily's 30th anniversary edition. He also frequently wrote for another English newspaper, The Global Times.  In Phuket, Thailand, Patrick wrote a regular psychology column ("On Your Mind") for the weekly newspaper, the Phuket Gazette. His columns frequently addressed the relevance of a particular psychological principle (or principles) to a current news event.