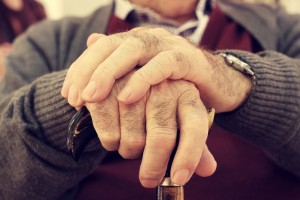 Aging is a normal part of life on our planet. Everyone and everything ages. Growing old, however, has its own set of problems and complications. We, as humans, have nearly been obsessed with slowing and even reversing the aging process for centuries. Before we can do this, however, we must first attempt to answer one question…

In general, there have been a few theories that have attempted to answer the question of why we age. Some biogerontologists, for instance, believe that the way we age is mostly determined by our genetic makeup. Others, however, believe that we age simply because our bodies are designed to break down over time. Most biogerontologists agree, though, that environmental and lifestyle factors also influence the aging process as well.

Although humans have been in search of the Fountain of Youth since the beginning of the modern age, biogerontology is a relatively newer field. Because of our obsession with looking younger and living longer, however, it is a rapidly growing field, and new positions in this field open up every day.

Why Do We Need Biogerontology?

Even those who don't admit it have some fear of aging. Whether they're afraid of losing their hair or losing their minds, no one enjoys the thought of growing old. No one wants to watch their bodies deteriorate, and no one wants to be dependent on others to attend to their basic needs, such as eating and bathing.

While it most likely can't completely stop the aging process, biogerontology can help scientists better understand the process. With this knowledge they can possibly slow the aging process and cure some of the more common diseases that plague elderly individuals. Research conducted by biogerontologists can possibly help us live longer and be more comfortable during our old age.

What Does a Biogerontologist Do?

Biogerontology careers are primarily research based careers. Professionals in this field will often conduct vast amounts of research on the process of aging and all of the ailments associated with it. Many biogerontologists will choose a specialty, which may include such things as Alzheimer's disease, arthritis, cancer, cardiovascular disease, hair loss, osteoporosis, and wrinkles.

Research in the field of biogerontology may be conducted on humans, but it is more often conducted on animals. These scientists, for instance, might study why some animals live much longer than others. They might also study animals that are resistant or immune to certain diseases.

Besides directly studying humans and animals, biogerontologists will also usually study other factors that might influence aging. This includes our environments and lifestyles. Studies have long ago proven that such factors as breathing in large amounts of air pollution and smoking can cause diseases that are commonly seen in elderly individuals, such as cancer and emphysema. Other environmental and lifestyle factors that can contribute to disease and illness during old age may include obesity, substance abuse, chronic illnesses, and mental health issues.

The research that is conducted by biogerontologists can be applied to real life situations. The information found during this research, for instance, might be helpful in attempting to cure certain diseases, such as cancer and Alzheimer's disease. It might also be used to help minimize the physical signs of aging, such a wrinkles and hair loss.

Humans' life expectancies today are higher than they've ever been, thanks in part to biogerontologists. One day - with the help of biogerontologists - we might even live as long as some turtles.

Because biogerontology is primarily a research centered field, the majority of those pursuing biogerontology careers will usually end up in research oriented positions. Private and government funded research facilities often hire biogerontologists, for instance, as do universities. Biogerontologists might also work in hospitals, hospice care centers, and homes for the elderly.

What Are the Education Requirements to Become a Biogerontologist?

A biogerontology career generally starts with a bachelor's degree in a science field. Degrees in gerontology, biology, chemistry, or pre-med are usually acceptable for starting this career.

Biogerontologists are also usually required to earn graduate degrees as well. Some schools, for instance, offer master's degree programs and doctoral degree programs in biogerontology. Other professionals in this field get started after they earn medical degrees.