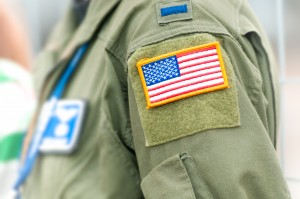 What is an Air Force Psychologist?

An Air Force psychologist is a mental health professional that works with individuals associated with the United States Air Force. This professional will often be a part of an airman’s life before, during, and after his military career.

One of the main duties of an air force psychologist is to evaluate potential airmen before they are allowed to enlist. This evaluation helps the psychologist determine whether or not a potential airman can handle the stresses of an Air Force career.

An Air Force psychologist will also help airmen and their families adjust to military life, if necessary. For example, a psychologist may offer counseling to airmen that are dealing with the mental anguish that afflicts many service men and women during war. The mental health department of the Air Force also offers counseling for families of airmen that are being deployed.

Many airmen still need psychological guidance even after they are no longer on active duty. Retired and inactive airmen can also benefit from the services of an Air Force psychologist. Post-traumatic stress, for instance, is one of the most common mental health problems that airmen face, due to the nature of their work. To help combat this mental illness, the Air Force instituted the Behavioral Health Optimization Program. Under this program, Air Force psychologists and other mental health professionals work in military primary care clinics. In doing so, these professionals are often able to catch and treat many of the mental illnesses that are more common in members of the military.

Air Force clinical psychologists must be licensed doctoral psychologists; they must be between the ages of 18 and 41; and they must complete a 5.5 week Commissioned Officer training course.

According to the Bureau of Labor Statistics, the expected employment growth for psychology careers in general is 14% through 2018. Because the military is starting to place emphasis on the mental health of their service men and women, there will also most likely be more Air Force psychology careers open in the future. In general, psychologists with advanced degrees will face less competition for these jobs than psychologists without advanced degrees.