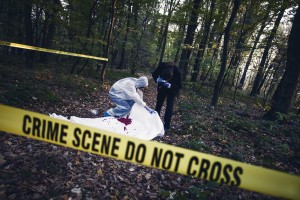 What Is Forensic Psychology?

Crime is a major problem in many areas, particularly densely populated areas. As much as we may wish for peaceful, crime-free lives, this is most likely not going to happen anytime soon. Punishing criminals or preventing them from committing crimes in the first place is typically necessary for protecting ordinary citizens from crime.

This field of psychology is often focused on the criminals themselves. Professionals in this field are often given the ominous responsibility of trying to figure out the psychological profile of individuals who commit crimes in an effort to better understand the criminal mind and even prevent others from committing crimes of a similar nature.

Why Do We Need Forensic Psychology?

Forensic psychology can sometimes be a very important piece of the puzzle when trying to solve a criminal case. Professionals in this field are often able to help narrow down the suspect list or at least provide a motive for a crime. In some cases, the expert testimony of a respected forensic psychologist might be the last piece of the puzzle when trying to convict a criminal.

The field of forensic psychology is also a very important part of crime prevention as well. Professionals in this field might be called upon to participate in the rehabilitation of criminals, for instance, to help ensure that they become law abiding citizens. Research in this field can also help pinpoint certain types of people who might possibly commit crimes before they actually do.

What Are the Education Requirements to Become a Forensic Psychologist?

A master's degree in forensic psychology is considered the standard minimum for getting into the field in a research or consultancy role, while clinical work that actually involves working directly with patients will require a PhD or PsyD, as is the case with all clinical psychologists.

What Does a Forensic Psychologist Do?

Research is often a big part of a forensic psychology career. Forensic psychologists will often study and analyze research from other professionals, as well as conduct their own research. They might study criminals and their crimes, for instance, to determine what traits certain types of criminals have. These tasks may involve interviewing criminals, along with their loved ones and victims.

A forensic psychologist will also consider physical evidence and the state of a crime scene to better understand the nature of the crime and the psychological state of the individual who committed it. Evidence, or even the lack of evidence, at a crime scene can often be used to develop a criminal profile. This can then be used to narrow down a list of suspects.

Many forensic psychologists also act as expert witnesses during criminal trials. They will often give testimonies about why a crime may have occurred, or whether or not they believe a defendant was likely to have committed the crimes in question. A forensic psychologist might also have an influence on a criminal's sentencing.

Where Does a Forensic Psychologist Work?

Forensic psychologists most often work independently as consultants and expert witnesses, which means they can be hired by either prosecution or defense teams to testify during trial. When working in a rehabilitative or clinical capacity, they may be part of the rehabilitative staff found in prisons or juvenile detention centers.

What Is the Median Salary of a Forensic Psychologist?

According to the Bureau of Labor Statistics (BLS), forensic psychologists (categorized by the BLS as psychologists, all other) earned a median salary of $101,790 as of May 2019.

Forensic psychologists working for management, scientific, and technical consulting companies earned the highest average salary of $115,360, while those working for state and federal governmental agencies earned average salaries of $104,280 and $94,670, respectively.

Salaries compiled by the US Bureau of Labor Statistics and published in May of 2019. The figures are based national data, not school-specific information for all areas of employment for the category of Influences on Forensic Psychology