The Practice of Psychology: Art or Science? 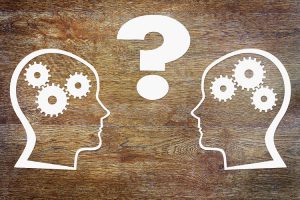 The question, "Is psychology a science or art?"  gained momentum post 1879; a seemingly natural preponderance subsequent to Wilheim Wundt's development of the first psychology lab. And while everything on earth has changed dramatically since that period in time, the question has not. It remains a topic of contention between psychological and scientific schools of thought as well as a source of confusion for students of psychology.

This article seeks to examine why the discipline of psychology is rejected by members of the scientific community; how political factors have contributed to the rift; what renowned academic institutions have to say as well as an interviewed expert.

In a Los Angeles Times article entitled "Stop Bullying the 'Soft' Sciences," Dr. Tim Wilson, professor of psychology at the University of Virginia, astutely delineates an interminable  controversy regarding the  categorization of psychology with respect to science. He writes,

"Once, during a meeting at my university, a biologist mentioned that he was the only faculty member present from a science department. When I corrected him, noting that I was from the Department of Psychology, he waved his hand dismissively, as if I were a Little Leaguer telling a member of the New York Yankees that I too played baseball."

Wilson, author of 7 books including the latest; "Redirect: Changing the Stories We Live" continues;

"There has long been snobbery in the sciences, with the "hard" ones (physics, chemistry, biology) considering themselves to be more legitimate than the "soft" ones ( psychology, sociology). It is thus no surprise that many members of the general public feel the same way. But of late, skepticism about the rigors of social science has reached absurd heights."

Wilson's article was published on Thursday, July 12th, 2012. The very next day; Friday, July 13th, 2012; in an article also published by the L.A. Times, "Why Psychology Isn't Science;"  Dr. Alex B. Berezow; founder and editor of RealClearScience.com and author of the book Science Left Behind; launched a strategic counter-offensive. Editorial missiles defined the "scientific" stance;

The Argument Against Psychology as Science

Berezow's explanation for why he opines the discipline of psychology to not be  "scientifically rigorous" is 5-fold:

He's willing to concede the entire field of psychology is not "wishy-washy by saying, "Some psychology research is far more scientifically rigorous. And the field often yields interesting and important insights."  But in the final "analysis," Berezow concludes, "But to claim psychology is 'science' is inaccurate. Actually, it's worse than that. It's an attempt to redefine science."

One event fueling the fires of debate was a 2012 provision presented by  Representative Jeff Flake (R-AZ) to the U.S. House of Representatives regarding funding for the National Science Foundation (NSF). Through the provision he authored, Flake was determined to ensure (in his words) "that the NSF does not waste taxpayer dollars on a meritless program." The "meritless program" to which Flake referred was that of political science. On May 12, 2012; Flake succeeded in his efforts to guarantee future funding for the NSF was predicated upon its "defunding" monies expended upon political science research.  On March 20, 2013 the Senate disallowed the grants as well.

For critics on both sides of the psychology debate, the apparent denunciation of political science as a "science" was a critical turning point. For many in the scientific camp, the decisions reached by the House and Senate heralded a brand of victory over the soft sciences. In their minds, it was only a matter of time before the disciplines included in the wider sense of social sciences were included. They were right. A June 10th, 2015, article published by The Washington Post hosted the headline, "Why Congress Should Not Cut Funding to the Social Sciences."

Given the history of the field's seeming "identity crisis;" students embarking on PhD's in Psychology in the year 2016 have good reasons for being confused. While reading headlines such as  that featured by the Washington Post, they are reading the literature colleges and universities publish regarding their psychology programs. For example, the language of UCLA's prestigious Psychology Graduate Program (PhD), weighs in heavily on the scientific side;

"Rigorous scientific training is the foundation of the UCLA Psychology Ph.D. program. As part of this training, the Department encourages student participation in the activities of a number of related departments, schools, or organized research units of the University. For instance, the Brain Research Institute, the interdisciplinary Neuroscience and Cognitive programs, the Institute for Social Science Research, and the Neuropsychiatric Institute provide extensive research facilities for interested students."

Many universities, including the University of South Florida follow suit. Their description of their program reads; 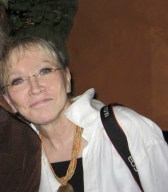 In order to answer questions students might have, we asked Patricia A. Farrell, PhD, to share her opinion with CIP. Dr. Farrell is a licensed psychologist, author, speaker, educator and a psychologist consultant to WebMD.   Her biography is listed in Who's Who in America and Who's Who in the World and she has appeared on numerous national television programs such as: the Today Show, the View, AC360 and the O'Reilly Factor as a featured expert in medical psychology and research, mental health and counseling. In her words, "I provide 'the voice of reason' with a dose of humor, when appropriate." Her media savvy in terms of sound bites afforded her a membership in both APA and SAG-AFTRA.  Her latest ebook is “SLEEP: Everyone Needs It and So Do You” available on Amazon.

We asked Dr. Farrell for her opinion on the following questions related to the query, "Is Psychology Art or Science?"

CIP: What would be your response to the question, "Is psychology more of a science or an intuitive art?"

PF: Psychology is a combination of science and art, just as medicine is; although most people think medicine is more science than art. Remember, it's called "the medical arts." We do have scientific experiments to support much of what we do in our practice and research is constantly refining and updating what we know. As psychologists, it is our professional responsibility to remain relevant and to keep abreast of the research. Failure to do this would be unprofessional.

CIP: Can you further elaborate?

PF: We begin with the science and then we must adapt whatever we do to the individual with whom we are working. This is where the art comes in because there is no rigid template for therapy because no two people are exactly alike and no DSM diagnosis fits everyone perfectly. The delicate balance needed is what makes our jobs both more difficult and more creative.

CIP: How would you characterize your practice? Is it fairly balanced?

PF: I am very cognizant of the current research and, in fact, use it to write self-help books. I am also aware that, as I said, I must be sensitive to the needs of the individual and it is always a "balancing act" where I am concerned.

CIP: Do you believe that once you have mastered psychology as a science, its practice then becomes art?

PF: No. There can never be a road away from the science that leads to a practice that is totally imbued with artful practice. Practicing therapy may help you to refine your techniques based on research/science, but you can never forget that the science is evolving and you MUST be up-to-date on research. This is where we find major problems with some psychologists who have become more art than science and have strayed into a more guru-like practice. It's not about us, but the patients and some psychologists have been seduced into thinking they are now the experts and the science is passe or wrong. The slope is slippery and we must always remain aware that we can easily slide down it.