We recently caught up with two of our profiled psychology experts; Laura Reagan, MSW, and Ali Miller, MFT; for the purpose of discussing in detail their reasons for embarking on a career in psychology and also to inquire about their personal experiences along the way.

How did you begin the educational process which would lead to an MSW?

My educational path was a winding one which finally led me to my dream job. I had earned approximately 60 credits at my local community college which would count towards a degree in the liberal arts when I asked my friend's mom for advice. After speaking with her I decided to evaluate the degree requirements for the university in my city and see which ones aligned with the coursework I had already completed. By this point I was a married mother of two young children, working full time as a paralegal, and I was eager to move toward my goal of being able to help people with a professional degree. I found that Old Dominion University offered a B.S. in Sociology, but not Social Work. Another college in my city offered a BSW degree, but there were several more prerequisites needed to transfer to that program. I did not want to take any more classes than necessary to complete the bachelor's degree, since I would be working slowly on my degree while working full-time and parenting. It took me five years from that point to complete my B.S. in Sociology with a minor in Human Services Counseling.

Did you have any outside experiences on your path?

What happened after you finished your undergraduate work?

After I obtained my B.S. in Sociology, my family relocated to Maryland and I immediately began researching MSW programs, as this degree is not offered at every university. For example, my home state of Virginia only has four universities offering accredited MSW programs. Maryland only has three. I applied and was accepted to the highly regarded MSW program at the University of Maryland in Baltimore, which was near the area in which we ultimately decided to settle. I completed the two year MSW program in three years by attending part-time so I could continue to work while in school.

What hindsight do you have regarding your education?

If I had transferred to the university which offered the BSW, I might have been able to go on to complete the MSW in a shorter period of time through the 'Advanced Standing' option, which I didn't realize when I started out. Another thing my friend's mom didn't know to tell me is that many Social Workers are able to obtain their MSW degrees while working for local Departments of Social Services (DSS). In some cases, the DSS will pay for their employees' graduate education in exchange for a commitment to continue working there for a certain period of time. These arrangements vary by DSS office policy, but they can be a great option to consider. 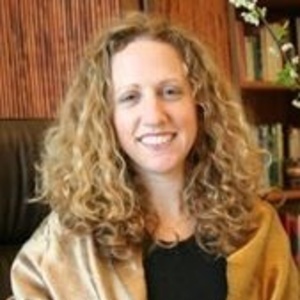 Please tell us about the years leading up to you receiving your MFT.

When I began my undergraduate work, I had a thirst for understanding human behavior, so majoring in psychology was the most obvious choice. However, after taking a sociology class and a women's studies class, my world opened up, and I became fascinated with understanding how our culture shapes who we are. I switched majors to sociology & anthropology and wrote a senior thesis called “Digging for Roots: Capitalism, Alienation, and Idealism in the 1960's and 1990's.” I became fascinated with the counter-cultural movement of the sixties and their 'We can change the world' attitude. By the end of college I had no idea how I was going to fit into our capitalist society, one that I perceived was contributing to rampant alienation and dissatisfaction.

I traveled cross-country and did a lot of soul-searching, was introduced to various personal growth and spiritual paths, and decided to pursue an alternative graduate education at the California Institute of Integral Studies (CIIS) in San Francisco, the city that was the base for so much of the radical counter-cultural action in the sixties and seventies. At age 23, I packed my bags and headed west from New York, ready for an adventure in self-discovery.

CIIS is unique in its focus on integrating western psychology with eastern spiritual traditions, with a strong emphasis on students developing self-awareness as a foundation for providing therapy to others. It was in my psychopathology class where, before I learned anything about the DSM, I first learned to meditate!

I understand that you have a specialty—please tell us about it.

After graduating and a few years into my internship time, I discovered Nonviolent Communication (NVC), the work of Marshall Rosenberg, a psychologist and peacemaker who studied with the founder of Humanistic Psychology, Carl Rogers. Since then I've been immersed in learning, practicing, living, and teaching Nonviolent Communication, both inside and outside of my private practice.

During the interviews, it was obvious that both experts were very happy with their choices to pursue a career in psychology. It was also noticeable that both had come from differing backgrounds and had unique personalities. This served to highlight the fact that there is a place for everyone in the field of psychology. In other words, if the desire is there, so is the future! Read Ali's expert interview.