What Is PTSD and What Can We Do About It? 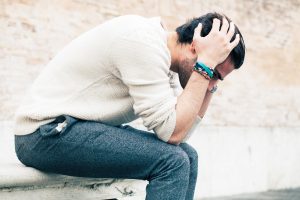 Our society still faces a huge battle in understanding mental illnesses, even now with all of our advances in technology. In America alone, 43.8 million people suffer from a mental illness every year.

The most common mental illnesses are clinical depression, anxiety disorder, bipolar disorder, dementia, and obsessive-compulsive disorder. Most people have heard of these disorders, if not suffer from one of them or know someone who does.

However, there is another type of mental illness that anyone is susceptible to at any time. We have no control over when and if we develop it, and it can completely change our lives and the lives of the people around us.

We’re talking about post-traumatic stress disorder, or PTSD. Many of us only have a vague understanding of what PTSD is, how it happens and how it affects people. When we think of PTSD we typically think of the soldier who has just returned home and can’t re-adjust to civilian life.

However, PTSD can be caused by many things and affect absolutely anyone, not just soldiers in extreme situations. Let’s take a deeper look at what PTSD is, what causes it, and what we can do to treat it and prevent it.

So what exactly is PTSD? Put simply, it’s an anxiety disorder that occurs after witnessing or experiencing a traumatic event. If you have PTSD or think you have PTSD, you’re not alone. PTSD affects 14 million adults every single year.

Many of us experience or witness traumatic events and feel the effects immediately afterward. We’re overtaken by fear and the “fight or flight” response, and these reactions are natural and keep us safe.

For most people these effects fade away with self-care and time, but sometimes the effects can linger over a long period of time and even get worse. If this is happening to you, you might have PTSD.

As mentioned earlier, PTSD is caused by traumatic events. There isn’t a definitive list of things that will definitely cause PTSD, or a “main” cause of PTSD, because each person reacts to traumatic events differently.

What causes PTSD for one person may not have an effect on another. However, there are certain events that heavily influence the chances of someone developing PTSD, such as:

Any one can experience any of these things during their lifetime, and experiencing them can lead to the development of PTSD. Anything that has a significantly negative impact on our lives can cause PTSD.

Even simple, mundane things that people most deal with every day can affect someone so powerfully that it causes them to develop the disorder.

Something like a bad break up could send someone far enough over the edge that they develop PTSD develop the symptoms of PTSD. It all depends on the individual and how they respond to the negative event.

What Are The Symptoms of PTSD? 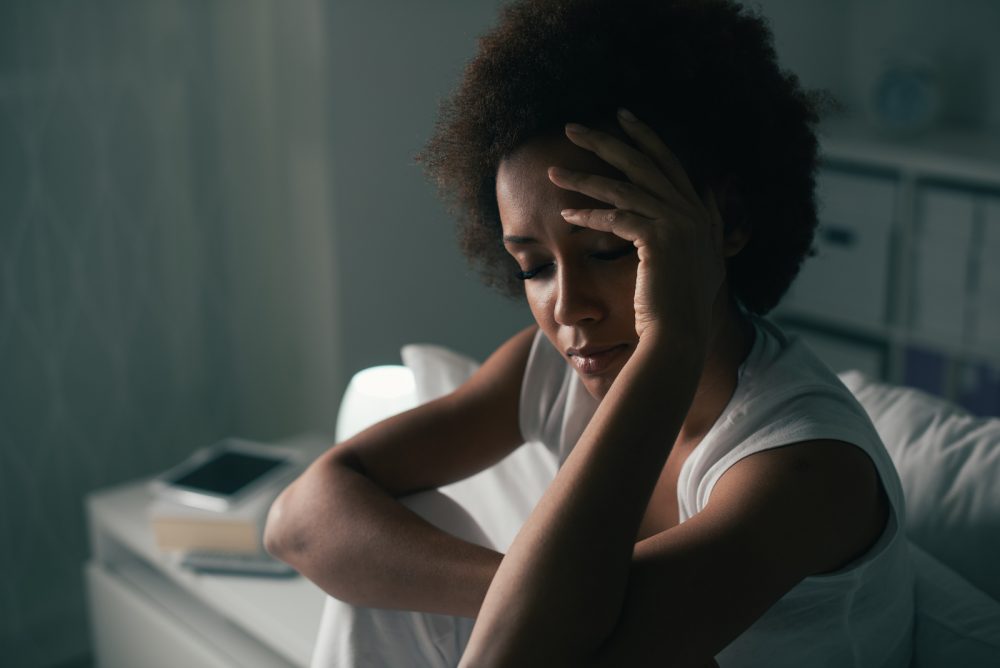 PTSD has numerous symptoms, all of which can have a lasting impact on your life. Sometimes you may develop the symptoms immediately following the traumatic event, other times the symptoms might lay dormant for months or even years.

The symptoms can cause serious problems at work and in relationships, and can even make getting through daily life a struggle. Typically, PTSD symptoms are broken down into four groups:

The symptoms someone experiences can change over time, and they will differ from person to person.

Avoidance is just that, trying to avoid anything and everything that reminds you of the event or that forces you to talk about it.

Negative Changes In Thinking And Mood

The traumatic experience can change who you are as a person, making you think negatively and act negatively. Some common changes are negative thoughts about yourself, other people, or the world, hopelessness about the future, not being able to remember important aspects of the traumatic event, and memory problems in general.

You may also start having trouble maintaining close relationships and start feeling detached from family and friends. Things you once loved may not be important to you anymore. Simply being happy and positive can become extremely difficult, and you may become emotionally numb.

Changes In Physical And Emotional Reactions

Also called arousal symptoms, these symptoms completely change the way you react to things around us. People suffering from PTSD can be easily startled and be always on guard, expecting something bad to happen. They may also develop self-destructive behavior, such as drinking and having a disregard for the law.

Trouble sleeping and trouble concentrating can become the norm. People with PTSD often become very irritable and have angry outbursts or aggressive behavior when they normally wouldn’t. And most of the time, they will feel overwhelming guilt or shame about the traumatic event.

How Does PTSD Affect Daily Life?

As you’ve probably assumed, having PTSD can greatly affect your day to day life. Doing simple things like grocery shopping or going to a ballgame with friends can become extremely challenging tasks for someone with PTSD.

You also have to deal with your PTSD “triggers” every day. You might wake up feeling fine, but then something happens to you that triggers your PTSD and causes your symptoms to return.

There are several things that can be PTSD triggers, such as:

There’s no timetable to gauge how long PTSD will last. To be diagnosed with PTSD, you have to have symptoms for at least a month, so it can last anywhere from a few months to many years. The median duration of PTSD is between 3-5 years, but those numbers will vary greatly case by case. 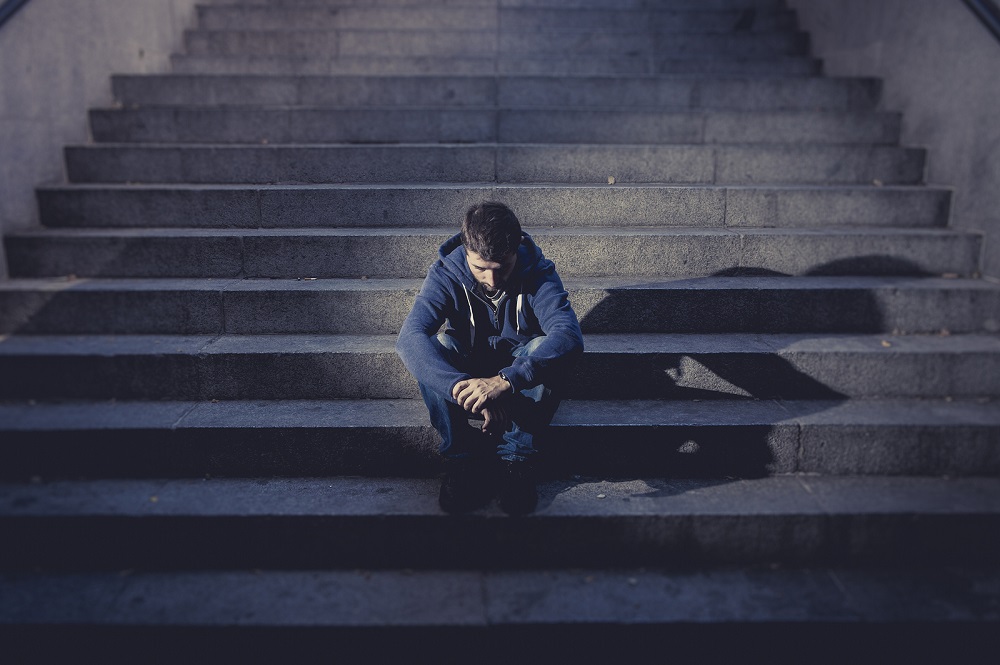 After a traumatic event, most people will have some symptoms similar to PTSD. Anger, fear, depression and anxiety are all common reactions to trauma. It’s important to do something right away to keep your symptoms from developing into the long lasting effects of PTSD.

Getting help and support immediately will go a long way in preventing the development of PTSD. Reach out to friends and family members. Don’t keep anything pent up inside of you. Consider seeing a counselor or arranging a therapy session. Some people reach out to their faith communities.

There’s no guarantee this will prevent you from developing PTSD, but it will certainly help you recover from the traumatic event.

The good news is that PTSD can be treated with success. Your memories will never go away, but you can manage the way you react to them and help remove some of the triggers. Treatment and support are critical to your recovery, so it’s important to seek help as soon as possible.

Here are a few of the treatments available for PTSD.

Facing your trauma can be very difficult, but doing it with a mental health expert can help you get better. There are different types of therapy experts use for treatment.

Selective serotonin reuptake inhibitors or SSRIs are used to treat PTSD. They can help reduce anxiety, depression, and a variety of other symptoms that accompany PTSD. Sedatives are used to help with sleep issues, and anti-anxiety medicine can also be helpful.

Lead by a mental health professional, a group of between 4-12 people suffering from PTSD will get together and discuss what they’re dealing with, how they’re handling it, what works, and so on. Talking to other people that are experiencing the same difficulties as you is a great step to recovery. It’s good to know you’re not alone.

RELATED: How to Help Those Considering Suicide

There are a number of things you can do on your own to treat your PTSD. Figure out what works for you and add them to your daily routine.

If you think you’re suffering from PTSD, it’s very important to seek help right away. Even if you aren’t sure, seeing a doctor to at least rule it out could be one of the most important things you do. If PTSD is left untreated, it can lead to very severe consequences.

Many people turn to drugs or alcohol to help deal with their anxiety, but this only makes things worse for those with PTSD. They can also suffer from long term anger issues, which can lead to worse things like spousal or child abuse.

Because of the anger issues and many of the other symptoms, many people with untreated PTSD end up alone. Many of their symptoms make them difficult to deal with and be around, so the people in their lives start to disappear.

The last, and perhaps worse consequence of untreated PTSD, is severe depression. Because they are experiencing the traumatic event repeatedly, most people suffering from untreated PTSD will become severely depressed. This often times leads to suicidal thoughts and actions while going through a PTSD episode. 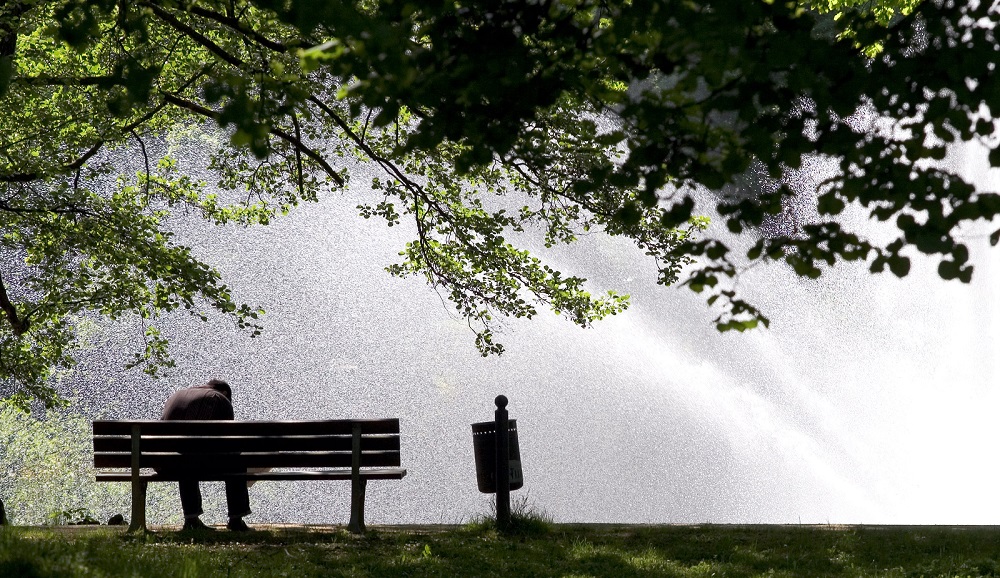 Even today, mental illnesses like PTSD still plague our society. However, our understanding of PTSD continues to grow, and we’re more effective now than we’ve ever been at diagnosing it and treating it. Mental illnesses used to carry a negative stigma with them, but that is beginning to diminish.

If you believe that you or someone you know is suffering from PTSD, get help right away. There are several highly successful treatments available that can be started right away. If left untreated, PTSD can lead to some very extreme consequences.