Why I Want to Major in Psychology

At this point, we have interviewed plenty of psychology professionals about how they first became interested in the subject, but we didn't have a student perspective -- until now. Eric is a rising sophomore at a four-year university in upstate New York. He hasn't officially declared as a psychology major, but he is strongly considering the track. So when we asked him to pen a short piece on why he was interested in psychology, he was more than happy to oblige. 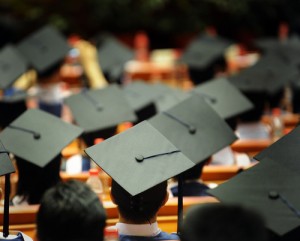 It was hard for me to think of anything that stuck out as a prominent interest I could use for a major. That was, until I realized that I had always found myself being drawn to people. Not so much the people themselves, but their behavior. Like people becoming embarrassed when they accidentally make eye contact with a stranger on the subway. I wondered why some people with disorders act so dramatically different while other disorders are far more subtle. I am a very sociable person, so that’s what drew me in to wondering about behavior and human interaction. Now, ever since I started learning more about psychology, I start picking out events in reality and seeing them through different lenses. For example, I might see something about a historical event, like World War II and think about how ethnocentric the world leaders were and what psychological factors drove those leaders to make their impactful – and often catastrophic – decisions. Or it might also be something much smaller, like I might notice someone consistently being scared of something and my mind would immediately be thinking about whether that person has some sort of a phobia.

Request information from accredited psychology programs to take the next step:

Once I started thinking about psychology as a major, I started thinking it might be even more useful than I initially realized. Psychology shows up everywhere in the modern world. Since psychology is essentially based around people and how they think and operate, almost any field that involves people involves psychology. A particular book I am reading – How We Decide by Jonah Lehrer – shows what I am talking about. It’s all about the psychology and neuroscience behind the brain’s decision-making process. The book is interesting mostly because of how many different areas it connects psychology to in-depth. Areas like gambling, football, television shows, the military all have psychological aspects. So are other topics like advertising, biology, philosophy and music. Since I have so many varying interests, this versatility really seals the deal for my interest in psychology. I decided, this is an old field that has much left to be discovered. I have learned a great deal about psychology since I started showing interest. However, my knowledge of psychology – and especially how I can use it to get a career – are still immature. I have thought about the idea of graduate school, and it intimidates me. However, I also know graduate psychology degrees can be much more useful. This has brought my decision process to an impasse and I’m not sure what to do still. So while psychology is interesting to me on many levels, it has a tendency to intimidate me somewhat, as I’m sure is natural for any college student struggling to decide what they want to do for the rest of their life. My hope is that, going into my sophomore year of college, I might gain a little more knowledge about the practicality and logistics of a psychology major. I also hope that I might gain more confidence in my learning and my knowledge of psychology as a field. The thing that I find most amusing though, is that psychology is happening to me even as I worry about being a psychology major. My brain is going through the exact things I am learning about in the field that I am most dedicated to studying.