Psychology or Social Work: Which Graduate Program is Right for You? 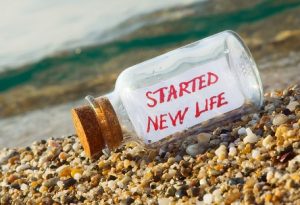 Probably the most important questions to ask if you are trying to decided between a psychology or social work graduate degree is "What do I want to do? Why am I getting a graduate degree?"  The answer to those questions alone should lead straight to the necessary graduate program. However, more often than not, a sense of clear purpose and certainty is not achievable by students at the age when such decisions are to be made, or even by adults beginning college later in life. In fact, many experts agree that successful individuals have often ended up in careers completely different than the ones they projected onto their futures when deciding upon what graduate degree to pursue.

One of the reasons it is difficult to decide between a graduate degree in psychology or social work is because the fields have many of the same attributes. For example, they are both concerned with:

However, there are core differences with respect to:

Careers in social work and psychology both require the attainment of a bachelor's degree from an accredited institution. Earning a Bachelor's Degree in Psychology can be achieved on almost any major campus in the United States in generally 4 years; it is one of the oldest disciplines within the university and college framework.

Although a Bachelor's Degree in Social Work has become increasingly available, it is a relatively new degree and many colleges do not offer the BSW (4 years). Be that as it may, for decades aspiring social workers have successfully achieved their goals by earning a BS or BA in their college's Psychology Department (4 years); then gone on to obtain a graduate degree in social work. While it might appear the psychology aspirant has an easier time getting a bachelor's degree in the chosen field, there is one caveat. Most all universities which offer a graduate degree in social work  (MSW) will reward the Bachelor's Degree in Social Work by offering a "fast-track" MSW, alleviating up to a full year of study.

Since time in school equals the cost of the required education; how much time it will take to get a marketable degree significantly separates the graduate degree in social work from the graduate degree in psychology. A Master's Degree in Social Work is sufficient to begin post-graduate and licensure requirements; but not so in the field of psychology. Traditionally speaking, the Master's in Psychology was earned for the purpose of entering a PhD program. Historically, the MA in Psychology (standing on its own) has never been a significant, income-bearing degree. The highest paid professionals in the field inevitably have earned the doctorate. Therefore, the 2 graduate degrees are substantially different in how much time it will take to earn, plus the costs; both inherent and opportunity.

According to the American Psychological Association (APA) however, that could be changing. With the emergence of new and highly-defined sub-specialties in the field of psychology; individuals are being afforded a marketable master's degree. For example, while the PhD is still the norm; those earning a Master's Degree in Industrial Organizational (I-O) psychology are increasingly marketable in private and government sectors. In fact, individuals with an MS or MA in Industrial Organizational Psychology are prime candidates for lucrative and or upwardly mobile positions within the human resource divisions of large business/corporate entities.

But at present the fact remains; the most common purpose of the Master's in Psychology is to advance to the doctoral program. The United States Labor Bureau (USLB) support the assertion statistically; their research shows the most sought after careers in psychology do in fact require a doctorate.

What an Expert Says About Educational Degrees, Time and Cost 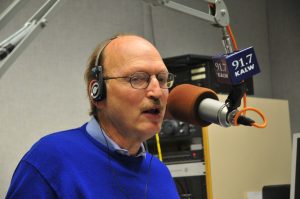 One of the nation's leading and most sought-after career and education experts is Dr. Marty Nemko. Dr. Nemko has a PhD in the Evaluation of Education from Berkeley; been a professor at 4 universities (one of which was Berkeley); authored 3 books on higher education; been a consultant for 15 college presidents; and appeared numerous times (often with his own column) in publications like the Washington Post, the Los Angeles Times, Time, the Wall Street Journal and the New York Times.

Dr. Nemko boldly approaches the topic of college degrees and their time and cost:

"The quantitative data, the empirical evidence I have had over my lifetime, suggested many people—those who currently attend college and college graduates who are considering attending college graduate school; should think three times...Colleges have successfully marketed the myth that college graduates earn a million dollars or more over the years of their lifetime. However, that figure is retrospective. In decades past, a college degree was rare and commanded more in the marketplace. But now, approx. (65)-70% of high school graduates are going to college. Think about that. With so many students going to college, a college degree is not going to differentiate you so much in the marketplace. You want to get a degree edge over and above the 6 figures most students end up paying for a bachelor's degree; you will have to get a graduate degree which will cost you another fortune. Don't forget, when you are calculating the cost of graduate school, you can't forget to add what the amount of money you could be earning and what you could be learning if you weren't in academics but instead in the real world. "

Marketability of the MSW: The Master's in Social Work is a highly marketable degree and can be used to secure a variety of career options. The following career positions are just a sample of what licensed individuals can secure with an MSW:

"When I tell people what I do for a living, they often respond by saying things like, 'Bless your soul that must be difficult.' And my all time favorite: 'It's so nice to see someone not working for the money.'"

The median wage for a social worker in the United States is $45,500.

For further exploration of career options see the article, "Social Work Careers: Starting a Career as a Social Worker."

The true marketability of the PhD in Psychology will depend heavily on the specialty. The most marketable degrees will correspond to the careers in demand. To illustrate, the American Psychological Association (APA) recently published projections saying the leading 3 sub-specialty careers in the field for 2016 will be Neuropsychology, Geropsychology and Industrial Organizational Psychology. While all PhD's in Psychology are marketable, it will be the demand for experts in the field which will ultimately drive the availability of positions in that specialty area.

Profitability of the Graduate Degree in Psychology: The last government data published regarding the median salaries of psychologists cites the year 2014. The most recent is from salary.com with figures from February 2016 which put the general salary range at $77,619-$99,155. What is important to keep in mind with regards to the profitability of a PhD in Psychology is experts in this field are able to generate income in a multitude of ways in a plethora of environments. Experts in psychology can do research, private practice counseling, consulting, media work, publish books, lecture, educate and work in administrative positions, to name a few. Basically, the degree can be as profitable as the degree holder decides to make it.