How Social Workers Are Changing the World

"Everybody needs a hero. In fact, at some point when life throws us a big challenge, we need a superhero. Somebody who is not scared to jump into the chaos, and fight the good fight with us shoulder to shoulder." - Dr. Anna Scheyett 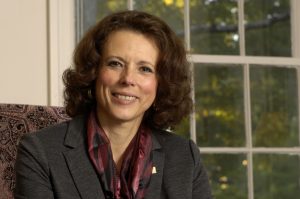 Dr. Anna Scheyett might easily be called a "humble hero Herald." On March 1, 2016 the University of Georgia (UGA) announced Scheyett had been named Dean of the School of Social Work; an appointment she accepted after leading USC's School of Social Work since 2011 and before that, she was busy transforming the University of South Carolina's department of Social Work. In fact, at the South Carolina university, her changes to the curriculum boosted the graduate licensure rate by a whopping 40%. And yet, while her contributions to the field have been remarkable; her focus is on galvanizing and motivating both  students embarking on educations and social workers already in the trenches. When speaking from the stage her remarks and dedicated delivery bring roaring cheers from the crowd;

"I have some good news. All around the world, cleverly disguised as mild mannered individuals, we have thousands of heroes; over 600,000 of them in the U.S. alone. We just call them social workers."

While a stereotyped image of  a social worker might conjure the image of a disheveled, exhausted, overworked, caring government employee carefully navigating a desk loaded with 400 casework files to be handled—in addition to the 600 on the floor; today's social worker is instead more likely to be vibrant, revolutionary, creative and inspirational.

Somewhere along the line, armies of dedicated social workers reinvented themselves and their careers. The transformation is even more impressive considering their field is more understaffed and under compensated than ever before. Yet far from being victimized by inadequate employment conditions, they are showing up more empowered and empowering than ever before. 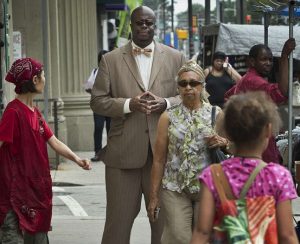 Superhero in Pennsylvania
Photo by Alejandro A. Alvarez

Chad Dion Lassiter makes it easy to believe he has and is making big changes in the world. Standing 6' 6" the internationally recognized social worker has been breaking the stereotype image and making history in the field for over 20 years.  Based in Philadelphia, Pennsylvania, Lassiter has literally been known as a hero, not only in the field of social work, but also in the capacities of:

CareersInPsychology.org interviewed Chad and asked him what changing the world meant to him. He shared;

"Changing the world is a both a goal and reality for me in that over the past 20 years I have worked to change the world of the individual through the science of social work. Moreover, those systems that impact our client populations need addressing as well. Therefore, I have found joy in transcending self to serve others. I am dedicated to using the profession of social work and my entire being to alleviate the suffering of others. I cannot be well adjusted to injustice so addressing all forms of oppression is essential for me along with empowering my clients to use their voices as a form of human agency to speak back to suffering.

Additionally, changing the world on a global level is very important to me as well. Recently, I was invited to Bergen Norway to do a series of lectures, seminars and workshops on xenophobia, racism, white supremacy, police brutality, ethnic discrimination and the future of American Democracy.  Working with over 550 middle schoolers in Bergen specifically around the killing of Mike Brown and the fallout in Ferguson was rewarding but also transformational in that even in Norway #blacklivesmatter. Presently, I am working on mass incarceration reform, improving optimal health for males of color and working on a mentoring program for juveniles who are locked up.

CIP: What has been happening in your live presently?

CDL: I was recently appointed to the Board of Governors for the St. Christopher's Hospital for Children in Philadelphia and appointed to the Governor's Advisory Commission for African American Affairs for the Commonwealth of Pennsylvania by Governor Tom Wolf. 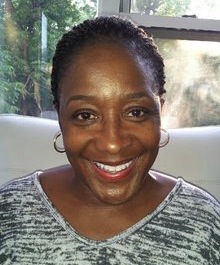 In 2008, after over 20 years in social work, Stephanie Daniels-Wilson chose to go the extra mile in the area of her specialty: women involved in sex trade and its collateral ramifications- substance abuse, addictions and HIV.  With the help of  Brenda Meyers-Powell a former prostitue of 25 years, she founded the not-for-profit Dream Center and DreamCatcher Foundation. In the organization's own words they are a "survivor founded, survivor driven, and survivor focused agency fighting to end human trafficking in Chicago and its surrounding suburbs."

The efforts of Daniels-Wilson and Myers-Powell to improve the lives of young prostitutes proved so powerful they were chosen to be featured in a documentary film entitled, "DreamCatcher." Although there is no such thing as a "day off" for either of the women, they demonstrate unlimited energy and drive. Driving their 2010 Chevy van through the streets of Chicago in the middle of the night, they have reached over 1500 women and helped more than 70 leave their lives of prostitution and lead healthy, productive lives.

"When I tell people what I do for a living they often respond by saying things like 'bless your soul' 'that must be difficult'  and my all time favorite, 'it's so nice seeing someone not work for the money.' - B. Lefebre 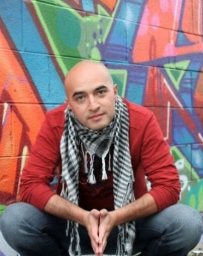 Bobby Lefebre is a social worker who has integrated his additional talents as a poet, performer and motivator to achieve greater public awareness and understanding of social work and social injustice in general. Lefebre performs his award-winning content on university campuses across the nation; delivering in slam form lyrics like;

"I'm a social worker. I tend to the wounds of people crucified by circumstance carry hope and band-aids in my briefcase share my own scars for street cred. I work with kids who see their probation officers more than their fathers. They wear sagging pants and their parent's mistakes introduce themselves as accidents waiting to happen. They are a Hollywood casting directors dream, tattooed with a temper, do rag D-boyz, boyz in the hood. They speak in sign language because they have been taught they are voiceless." - Social Worker by B. Lefebre

In essence, Lefebre's message is two-fold. His poetic word art describing life through the eyes of a social worker is riveting and his unspoken message universal: you can be a social worker, make a difference, change lives, and yet still be cool.

As Dr. Scheyett pointed out, there are over 600,000 superheroes in the US today. Joining their ranks is nothing short of making a statement with your career. Social work is a flexible, vibrant opportunity to change individual lives, communities, the nation and even other parts of the world.