Benefits of Being a Social Worker with a Master’s Degree

Regardless of what profession one chooses to pursue, whether it’s Accounting, Social Work, or even Engineering there’s always a benefit to earning a higher degree, such as a master’s or a doctorate. Aside from simply earning a higher salary, which is most often the case, there’s the reality that a higher degree translates into holding a more prominent position that, without a doubt, leads to more responsibilities. With the area of Social Work this, not surprisingly, is often the case. When someone holds a Master’s degree in Social Work rather than just a Bachelor’s degree their opportunities for jobs become far more extensive, opportunities that reach areas more focused on the health aspect of the field rather than simply resolving various social issues that could include anything from addiction, to child neglect or abuse, and even long-term unemployment; all issues that can have an enormous impact on one’s mental and emotional well-being. It may even be assumed that when earning a Master’s degree in this field makes it far more likely for a licensed social worker to secure a position that’ll ensure a secure future with a generous salary.

The Difference a Master's Degree Makes for a Social Worker

The career of a social worker differs immensely. Some social workers focus their career mainly on mental illness and substance abuse, which is one area of the field that provides the lowest wages and requires the least amount of education, while other parts of the Social Work field focuses more on the clinical part of this field, which is more related to general health and diagnosis. As a result of this level of importance and responsibility, the social worker is usually required to have earned a Master’s degree. In a sense some states, but not all, have enhanced the level of education and skill that a social worker should be expected to possess. In a fair number of states in order for a social worker to be able to work at a private practice or even to have the ability to play a supervisory role for new trainees, a Master’s degree is required. With earning a Master’s degree, it’s difficult to deny the fact that a Social Worker would, without a doubt, hold more power and prestige in their position and the likelihood of landing a high paying and promising greatly increases. For instance, a Master’s degree in social work is actually a requirement for someone to hold a position that more directly relates to health care, a field that is expected to grow rapidly in the next few years, as this type of Social Work is more likely to involve diagnosing a range of mental illnesses, along with working in areas that range from pediatrics to oncology.  Since only social workers who have earned a Master’s degree are able to work in healthcare, administration, and in schools it’s easy to surmise that a social worker, in order to secure a job or even have a wider range of available opportunities, would benefit more from earning a Master’s degree than simply holding a BA. Apart from the reality that there are a wider range of opportunities available to those with a higher level of education, the salary base, though it seems like an obvious observation, is significantly higher for social workers with a Master’s degree than without. According to the NASW Workforce Center, which proceeded to highlight this reality by using a survey that was taken by various social workers showed that this was actually the case, and the results proved that a social worker who held little more than a BA and worked in a hospital had an average salary of 40,100 dollars a year, whereas a social worker with a Master’s degree holding a job in the same type of setting earned an average of 60,000 dollars a year, which is a significant difference being 20,000 dollars greater. But this survey has shown that regardless of what area the social worker focuses on, the wages earned will always be much higher with a Master’s earned than without, sometimes a difference that reaches as high as 30,000 dollars a year.  All of these factors shows that a social worker, in order to earn higher wages and have a wider range of opportunities in terms of work, needs to have a Master’s degree in order to ensure that they have a successful career (Making the Choice to Pursue a Master’s Degree in Social Work).

Earning a Master’s in Social Work

A career in Social Work is, without a doubt, one that requires a great deal of patience and empathy, as social workers are usually exposed to people who are facing a great deal of hardship in their lives, whether they’re stricken with poverty, experiencing long-term unemployment, or even some form of substance abuse or addiction.  When earning a Master’s degree in social work, people aspiring to earn a degree in social work are expected to gain the skills necessarily to perform in a challenging field, where they’re expected to be capable of handling a large amount of cases, assuming a supervisory role, along with being responsible for case assessments. A major part of social work has to do with both theory and experience. The knowledge that is acquired through sitting in class is viewed as equally valuable as the experience gained through internships and supervisory training. In the MSW program, students are expected to complete a total of 900 hours of field education in order to be eligible for graduation from the program (Master of Social Work). In nearly every state a social workers are required to have at least a Bachelor’s degree in order to land an entry-level job and are also required to hold a Master’s degree in order to apply for a clinical position (Become a Social Worker).  Without a doubt one could almost go as far to surmise that a Master’s degree is practically a requirement in order to work as a social worker mainly due to the level of opportunities available to social workers who hold a Master’s degree and the higher salary that is paid out to these higher educated social workers.

Is Psychology an Entirely Useless Major? 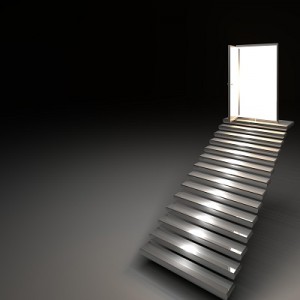 One of the main disadvantages of having a Liberal Arts degree, at least what might be the general opinion of most people, is that upon graduation it’s far more difficult to land a secure job than someone graduating with a degree in Finance, Accounting, or Business Administration. In terms of the following degree choices, there’s realistically more job security and a significantly higher given salary than in any job related to psychology. Some may even surmise that students who choose to study Psychology in college do so for no other reason thanthat it highlights their area of interest, as they most likely make the assumption that they’ll find some job after college that may not necessarily relate in any way to psychology, but will automatically require that candidates hold a BA in order to qualify for the available position. Most people may not realize that though the jobs more directly related to psychology may not be nearly as abundant as jobs in Finance or Accounting, but that’s not to say that the degree doesn't hold significant value or that the student studying psychology while in college will fail to develop valuable skills that can be used in other fields that more or less relates to psychology.  It would simply be inaccurate to discount the level of importance that this type of a degree can have on someone’s personal and professional life by claiming that it isn't worth studying because the skills and knowledge gained can’t be easily used for most available jobs.

Skills That Can Be Gained with a Psychology Degree

There’s hardly any doubt as to the level of value that an education holds. It can open doors to a wide range of opportunities, along with enhancing one’s knowledge of the world and of their selves. But what can a degree in Psychology really do for someone? How can the skills and knowledge gained in college truly help the student following graduation and what opportunities are actually available? There actually are a wide range of opportunities for people who choose to study psychology and some of the most common types of jobs that graduates of psychology go on to hold are careers such as Case Management, Career Counseling, Rehabilitation Specialist, and even a Psychiatric Technician; all careers that seem to relate more to psychology. But psychology majors are not necessarily solely restricted to these types of careers. There are a variety of other career options that are available simply because a psychology student will more than likely develop what is known as interpersonal skills through their study of human behaviorism and mannerisms. In understanding the way the human mind works likely leads to career options in jobs that require strong communication skills, such as marketing and social services. Aside from the benefit gained from the area of study and the type of knowledge acquired, psychology majors, as majors in any other liberal arts field, develop valuable writing skills from the amount of writing that they are required to do in college, along with an extensive amount research; all skills that are without a doubt useful for careers such as a library assistant, a probation officer, or even a business manager. There’s hardly any doubt that a degree in psychology can serve to open doors to a variety of opportunities. Statistics have shown, in fact, that forty percent of all psychology majors go on to graduate school, but not necessarily in a field that relates more directly to psychology. Some of these psychology students pursue business school, law school, or another type of graduate program. Besides the psychology graduates who go on to further their education, there are a significant number who choose to look for work instead. But seldom do these students land jobs that more directly relate to psychology. In fact, only a mere 25% of these psychology graduates actually work in a career that even closely relates to psychology, but that’s not to say that these psychology majors don’t go on to find promising careers in fields that are not as closely related to psychology, such as social work and market research, but fields that do require the skills that are no doubt gained when acquiring a psychology degree.

Common Jobs for Psychology Majors and the Skills Required

There are various types of careers that are commonly sought by psychology majors and these may more or less relate directly to psychology. The top eight careers, going in order in terms of the most frequently sought, are management and administration, sales, social work, management occupations, labor-relations, administration positions, real estate and insurance jobs, along with marketing jobs. There are several skills that can be gained while in school that is likely to assist psychology majors in landing a job. While pursuing this degree, students are likely to develop skills such as critical thinking, small group communication, writing skills, comprehending both human behavior and organizational behavior, along with creative thinking skills (Making the Most of Your Psychology degree). But there’s also a value that a degree in psychology holds that compares to various other degrees, a value such as the ability to learn and set goals for the future, which is something that most prospective employers value. But what truly sets psychology apart is that a student within this field of study is far more likely to highlight a knowledge about people and behavior, showing employers that the psychology student is aware as to how to effectively interact with people, something that most employers would find appealing (What can you do with a BA in psychology?).