Being Smart About Your Bachelor’s Degree in Social Work 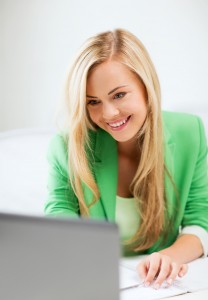 Let’s Begin With Some Surprising Facts! Every student of every age has school subjects they wish they could avoid forever, but often enough there is just no way around those subjects. That is why, before we discuss your degree in social work, we are going to have to talk about the topic of history. Understanding and studying the past is incredibly important in all areas of academia and the importance of studying history is not lost of those in academia. Just ask Adam Arenson, an Associate Professor of History and the Director of Urban Studies at Manhattan College, who noted:

“History can fuel a sense of liberation, whether at a grand scale — the escape from slavery, from colonial rule, or from discrimination — or in the smaller sense, of changing the narrative someone tells about life, experiences, and choices available. This is empowerment, at the level of a person, a family, a community, a nation, or worldwide.” - Adam Arenson, Assistant Professor of History and Director of Urban Studies, Manhattan College

Here is another way to think about it: Picture yourself on a safari, and while driving through the wilderness, you try to run through a large mud puddle and instead end up promptly stuck. But just when you are wondering what you are going to do about your newfound predicament, along comes a massive old water buffalo. You have a few options on how you can proceed. You can ignore it and hope someone else comes along to rescue you. You can be totally scared of it and try to run. You can also try to figure out a way for the water buffalo can help get you out of the mud. The reason this is such an apt analogy is that hundreds of thousands of college students are confused about how to make the best of their college educations and unfortunately most are waiting for someone else to parachute in and save them. History is the water buffalo and ignoring it or running from it only makes a bad situation worse. The reason that studying history is the solution is because until one understands what transpired in the past, the present will be much harder to understand, as Arenson points out:

“When students learn history, they see the mistakes others have made, the misunderstandings, and the moments when people acted without enough information. They take those lessons — about repercussions, unforeseen consequences, and wider context — and can use them to act without repeating what happened before.”

In the spirit of joy at learning a bit of history; here are a few fun facts that will ultimately enlighten you when it comes to your Bachelor’s degree in social work.

Harvard was the first college ever in the United States when it was founded in 1636. The sole purpose of the college education – at the time – was religious training because the puritan sons of the colony were studying to be ministers. By the time there were 10 colleges established; only one did not specifically train men to be ministers. In summary, a college education was rare, religious in nature, and only for men.

After the Revolutionary War, the college degree became a status symbol for the American elite.

For over 200 years after the establishment of Harvard, all colleges in the United States were funded by religious denominations (churches) or private parties.

In 1944, the Servicemen’s Readjustment Act (GI Bill) of 1944, enabled a large number of World War II veterans to attend college and earn degrees that were paid for with the government’s dime.

In 1958, spurred on by the Soviet Union launching Sputnik, the “National Defense Education Act of 1958” was passed to encourage Americans to enroll in college and obtain degrees in science and engineering.

The 1960’s were characterized by the civil rights movement; and the nation grappled with the constitutionality of “separate but equal” with regards to education, among other things. Here are some “firsts” for Blacks, women and Hispanics: 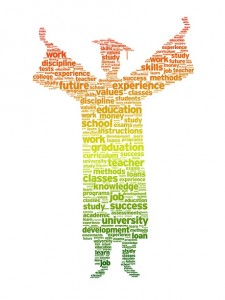 From 1950-1990, however, the number of colleges and universities nearly doubled from 1,851 to 3,535. According to the National Institution of Education Statistics, there was 4,599 degree-granting institutions across the country as of 2011 and it is safe to assume those numbers have grown along with the proliferation of online programs. What this means for you is that college degrees which once were rare and exclusive are now commonplace. Students who graduate with Associate’s degrees and Bachelor’s degrees are no longer elite degree holders who can breeze through employment doors without a worry in the world. Simply put, a Master’s degree in social work is the new Bachelor’s degree in social work. Dr. Karen Osterle is a clinical social worker licensed in the District of Columbia, Maryland, and Virginia. She is also on the faculty of The George Washington University School of Medicine, Department of Psychiatry and Behavioral Sciences Medicine. She shared her thoughts on the importance of getting a Master’s degree in the field.

“I made sure to get advanced training and close clinical supervision (working with children and adults) before I even opened my private practice.  It's easy enough for social workers to graduate with their 2-year Master's degree, work for a couple of years for the clinical license, and then call themselves therapists, but that will not an excellent therapist make, IMHO.” - Dr. Karen Osterle

Check out the following bachelor degree programs many future social workers will attend:

With all of this in mind, here are some ways to “work smart” while getting your degree in social work:

Finally, believe in you; you have chosen an exciting and deeply rewarding field. Social work is as much a way of life as a career. Begin now to succeed at both.