Don’t Expect A Thank You

Clinical social worker Cherilynn Veland is back with her second column: 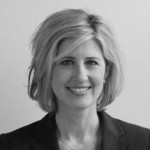 The first sign that I might have expected too much came while I was working at a battered women’s shelter in Alabama. Most of the women sent there were trying desperately to empower themselves and improve their lives.  However, there were a few women who came into the shelter and instead of grabbing onto their opportunities and being appreciative; they were hostile and critical.

I remember one client, let’s call her Penelope. She was a resident of the shelter and would do things like open up the shelter freezer filled with frozen meats of every kind.

“No steaks?” she would demand. “What kind of place is this anyway?” she would yell before slamming the freezer door shut.

Penelope constantly acted entitled and berated the staff. One thing after another was met with hostility.  “A curfew?!” she would yell at me “You are worse than my batterer husband with the rules around here!”

To say she got to me is to put it lightly. Instead of her appreciation, I was getting derision and disgust. We (as in the agency) weren't doing enough to help her. And we certainly weren't doing it in the way and manner in which she thought she should be helped. Also, Penelope seemed well-versed in the welfare system and would give other people advice at the shelter on how to exploit it.

Clearly, there was a ton of transference, projection and displacement of feelings going on with Penelope. She also had chronic deep-rooted personality issues afloat. However, my agitation was revealing things to me about myself.

At the time, I don’t think I was expecting that all of my clients were going to jump for joy and give me hugs as a thank you. But, there must have been some part of me that really wanted her to appreciate all that she was being given and all that was being done for her.

I figured out that these expectations were not useful. I thought more about my belief that no one person has any more right to receive help than others. I realized I had to rid myself of that expectation and not place value on receiving appreciation when I was providing services. I needed to kill that expectation and keep it centered on mutual respect and doing my best when entering into the client/service relationship.

To me, this is where one of the real challenges of social work begins. You don’t do it just because of the gratefulness or appreciation you will get in return. You do it because you believe that it is the right thing to do. No one person deserves your hard work any more than any other. Furthermore, service for others cannot be done well with an expectation of thanks or appreciations at the end. That is a surefire way to increase one’s resentment. If I kept up that line of thinking, it wouldn't have been long before I would have hit the burnout road, skidding until I had to stop where many worthy social workers go to rest.

I am a big fan of The Paradoxical Commandments and if you read them, it may help shed some light on my philosophy.

I ran into more than a few “Penelope” like people in all of my placements. However, my changed expectations helped me detach from their attitudes. Interestingly, it is probably because of this philosophy that I have accumulated more than a few heartfelt thanks during my career, along with some great cards and notes of appreciation. These are a big bonus. I keep them in a box and I take them out every once in a while. They do make me smile.

Note: The names, identities and descriptions of the people in this story have been altered and fictionalized to provide anonymity.

Cherilynn Veland is a clinical social worker licensed through the State of Illinois to provide counseling for individuals, couples, and families. She has more than two decades of experience in areas including in-patient psychiatry, child welfare, domestic violence and sexual assault, and substance abuse treatment. She currently runs her own private practice called Lincoln Park Counseling and agreed to share some of her most memorable professional experiences for us. Follow Cherilynn on  Google+, Twitter, Facebook. Also check out her expert interview on crisis management.