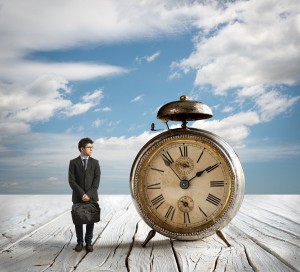 Those who aspire to become social workers generally have the desire to work in a field that’ll positively impact the lives of others, all while giving little thought to the amount of monetary compensation that’ll be earned in exchange for their efforts. But what most students in the social work program fail to realize is that few social workers earn wages that would be adequate to both pay the inevitable student loans all while maintaining a middle class lifestyle. As a result, there are various social workers in all over the country who feel the frustration that one feels after having spent years working towards a degree only to find themselves living on wages that, after student loans and taxes, take on a feel of poverty. Though social workers, regardless of their education level, make less in wages than in other professions that require the same level of education, there are ways that a student can prevent themselves from being buried in debt and that could certainly include their choice of school or even the living arrangements that they make for themselves in order to ensure that they’re saving as much money as possible. This doesn’t necessarily mean that a career in social work should be entirely reconsidered on the basis of money, as social work is a career that greatly benefits the public, but it’s pivotal that those going into the field understand that it makes little sense to accumulate too much debt since it may be difficult to pay back with the wages that are typically earned as a social worker.

There’s no doubt that social work, regardless of how far education is pursued, is not a career that pays well, especially when compared to other fields. Though this is often the case, it’s also clear that a college education is not inexpensive and many students rely on student loans to finance their education. Although social work is hardly a lucrative career and most people who pursue it are hoping to work in a career that’s geared towards positively impacting other’s lives rather than focusing on the wages that’ll be earned. But there are things that a student studying social work can do in order to minimize the amount of loans that quickly accumulate throughout the years required to earn the degree. These adjustments, though seemingly insignificant, can have an enormous impact, as accumulating too much debt as a student can potentially affect a person’s later financial choices that include purchasing a home, building a personal savings account, or even planning for a comfortable retirement in the distant future. This reality seems to pose a certain dilemma for the social work field as a whole since the following factors is a major contributor in people avoiding the field out of fear of the financial problems that could be faced in the future. But even though this is the reality of working in this field, it shouldn’t entirely deter people from choosing social work as a potential career. There are always ways that a student can save money during their college years, particularly by making certain choices related to lifestyle adjustments that can have an enormous impact on the social worker’s financial future. Some of these choices include selecting a lesser-known school when seeking to earn a degree, one that’ll be significantly cheaper than more prestigious schools that are both reputable and well-known nationwide.

Despite the amount of money that could be saved in student loans from simply choosing a school with lower tuition costs, there’s also the factor that if it’s not just tuition that is expensive, it’s also the living arrangements of the student that proves to be very costly. A student can save a tremendous amount of money if they made the choice to live with a relative rather than pay to live in a dormitory and have a meal plan.  Aside from simply making certain living arrangements as a way to save money, it’s also much safer for a student to avoid paying for tuition or other expenses by use of a credit card since it’s easy to lose track of how much money is being spent and then there’s the added interest that the student will have to pay in addition to the initial charges placed on the card. As a result, it’s advisable that someone planning on pursuing social work should work for a year in order to save the money rather than taking the risk that comes with spending money that one does not have (Social Workers in Loan Debt).

One of the most important things for a student focusing on social work to realize is that the money they’ve borrowed to finance their education is required to be paid back, and once the student has obtained a license and begun working this can take on a feel of a financial burden. There are surveys that were conducted ten years ago that focus on a social worker’s salary, highlighting the reality that social workers often earn low wages despite their high degrees. In 2001, it was noted that a significant amount of social workers, 22 percent to be exact, have earned wages that are well below $30,000, and for the other 20 percent, there was only a slight increase of a salary of 30,000 to 39,000 dollars annually; and only a smaller percentage of 18 were earning 40,000 to 49,999 dollars per year (Selected Loan Debt of Social Work Students by State).  When making these types of wages, there’s little doubt that this can send any student into panic mode, especially after racking up tens of thousands of dollars in debt. But there are ways in which a social work student can ease the pressure that’s imposed by having student loan debt, as there are a variety of options that a student can choose from in order to pay the loan back, which relates to their annual income. One of these types of plans, one that works in the favor of mediocre-waged workers is the Income-based repayment plan, and in this plan the money that’s paid back every month is based on the person’s income, and this option serves to work in the favor of social workers who work as public servants and are given the chance, if they make 120 payments on time which amounts to ten years of payments, then the public servant is exempt from paying the remainder of the loan. Though this may seem like a positive plan, however, social workers who tend to earn around 30,000 dollars a year can expect to pay at least $170 dollars a month. Though the amount of money owed in loans is somewhat related to one’s income, the amount of money that the student borrowed is also a major part of it and students who have borrowed around 25,000 dollars a year can expect to pay back $290 dollars a month and then pay a total of $35,000 dollars for the whole loan (Paying Back Your Student Loans).  One of the most important things for a student focusing on social work to realize is that the money that’s borrowed while in school has to be paid back, and it’s important to prepare for this while also keeping in mind that it’ll be a struggle to pay back with the low to mediocre wages earned, but nevertheless it’s a field worth pursuing.