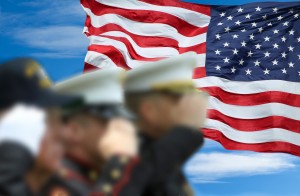 What Is Navy Psychology?

Military careers are well known for causing a number of mental and emotional health problems. A Navy career is no exception.

Being trapped on vessels at sea for days, weeks, or even months at a time can lead to a variety of problems and negatively affect a person's psyche. Navy sailors are also at risk of developing the same mental and emotional problems that afflict other members of the military as well.

Professionals in the naval psychology field will often live and work very close to the sailors that they are responsible for treating. Naval vessels are usually very small and cramped, and naval teas - including sailors, officers, and psychologists, among others - are often crammed together for extended periods of time in very tight quarters. This can make Navy psychology careers even more difficult than traditional psychology careers, but they are also very rewarding.

It has long been understood that individuals in the different branches of the military - such as the Navy - are at risk of developing a wide range of mental and emotional problems. It has only been just recently that these military branches have begun to emphasize the need for preventing and treating mental health problems. Today, as with other types of military psychology, the field of Navy psychology continues to grow.

Why Do We Need Navy Psychology?

The brave men and women that enlist in our nation's naval forces make a number of sacrifices to serve their country. They leave behind loved ones - parents, siblings, spouses, and children - knowing that there is a possibility that they will never return. They wake up every day, knowing that there's a possibility that they will have to take another human's life.

Navy psychologists work to ease sailors' minds and help them work through the emotional turmoil that comes with a military career. Sailors that are mentally and emotionally stable are not only happier and healthier, but also more effective and competent during wartime, when we need them the most. Navy psychologists also make it easier for sailors to adapt to civilian life after being discharged from duty.

What Do Navy Psychologists Do?

Navy psychologists might play a number of roles during their careers.

In general, Navy psychologists interact with sailors nearly every day. They observe and assess them, and if necessary, diagnose them with possible mental illnesses. Some common problems encountered by Navy service members might include cabin fever, claustrophobia, problems sleeping, depression, anxiety, grief, and post-traumatic stress disorder (PTSD). These conditions might be caused by such things as being away from loved ones, naval battles, injuries, or even just being cooped up.

Treatment for the various disorders that Navy service members might suffer from can vary. Navy psychologists can use therapy and counseling techniques, for example, including one-on-one counseling and group therapy. With the guidance of Navy psychologists, sailors can open up about their problems, develop goals for their futures, cope with their problems, and readapt to civilian life.

Navy psychologists are also often called upon to help the families and loved ones of sailors in need as well. They may offer counseling services to sailors and their spouses, for instance, or help loved ones cope with the deployment or deaths of sailors during wartime.

Some Navy psychologists are also responsible for working with and treating service members after they have been discharged from the Navy. This usually involves treating mental and emotional problems that are caused by the stress of war, such as substance abuse, depression, or post-traumatic stress disorder.

Where Do Navy Psychologists Work?

In order to help sailors in need of mental treatment, Navy psychologists must usually be very close to them. This usually means that they live and work on board Navy vessels, such as large ships and submarines. Aspiring Navy psychologists with a proclivity toward seasickness, however, may be able to work in naval and military clinics, hospitals, and deployment and recruitment centers.

What Are the Education Requirements to Become a Navy Psychologist?

Aspiring Navy psychologists are also required to earn graduate degrees as well, such as master's degrees and doctoral degrees. These degrees can be earned at traditional universities, but many individuals pursuing navy psychology careers will usually choose to attend a naval or military school to enroll in the clinical psychology Ph. D. program at the Uniformed Services University of the Health Sciences. Tuition for this education is free for individuals who promise to enlist in the military for a certain amount of time.

What Is the Average Salary of a Navy Psychologist?

Learn more about what it takes to become a psychologist in the Navy.