How to Start a Career as a Child Psychologist

What Is Childhood Psychology? 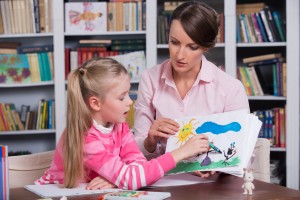 A person's childhood is often a very simple yet complicated time. It is also a very influential time in a person's life, and most people's childhoods will have a big impact on the type of adult they turn out to be later in life.

Centuries ago, childhood psychology wasn't even thought of. It is commonly believed that children during Medieval times, for instance, were viewed as nothing more than small versions of adults. They were dressed the same and often treated the same as the typical adult.

Shortly thereafter, original sin was the most common belief. This school of thought stated that children were born basically as purely evil beings. The purpose of a child's upbringing was to rid him of sin.

John Locke, a philosopher, helped changed this outlook toward the end of the 17th century. It was lock who developed the tabula rasa, or "blank tablet", theory regarding children. This theory stated that upon birth, a child's mind was nothing more than a blank tablet. All of a person's knowledge and behavior tendencies were then created by what was fed into his mind as a child.

Jean-Jacques Rousseau was a philosopher in the 18th century, most famous for his "innate goodness" theory. This theory suggested that when a child was born, he was not evil or blank, but inherently good. Rousseau also suggested that it was the evils encountered in society that made children misbehave or grow up to be less than stellar adults.

Today, the debate about whether children are born good, bad, or indifferent is still something of a minor debate for some. What we do realize, however, is that childhood is a very influential time in a person's life. Events that happen in a person's childhood - even small, seemingly insignificant events - usually have a direct impact on how that person feels and acts as an adult.

Some Influential Child Psychologists Throughout History

How Do I Become a Child Psychologist?

What Does a Child Psychologist Do?

In general, a childhood psychologist might work with children and their primary caregivers in order to research, assess, and possibly treat developmental issues. Depending on his preferred area of study, a child psychologist will often work with all sorts of children.

Not every child that a child psychologist works with is considered to be abnormal. A child psychologist might work with so-called "normal" children for several reasons. He may perform a psychological examination, for instance, or just be a sounding board for a slightly troubled child.

A child psychologist might also work with children who are considered to have slight mental, emotional, or social problems. This can include things like anxiety or shyness.

Child psychologists might also work with children who have severe mental, emotional, or social problems as well. Violent children, autistic children, and those who have been abused, for instance, will often benefit from the help of a child psychologist.

No matter what type of patient that a child psychologist chooses to work with, he must always deal with them carefully and handle them with "kid gloves", so to speak. As mentioned above, childhood is a very influential time in a person's life. A child psychologist should be compassionate, understanding, and patient when dealing with children.

What Types of Treatments Do Child Psychologists Use?

A child psychologist will often use a variety of treatment method, many of which are similar to the treatment methods used with adults. Therapy, such as cognitive behavioral therapy, for instance, is often a popular form of treatment. This type of treatment often involves helping a child learn to solve his problems in a healthy and productive manner.

However - children being children - usually have different needs than adults, and a child psychologists treatment methods should accommodate these needs. For example, may children are easily bored, making traditional treatment options somewhat difficult. To overcome this obstacle, a child psychologist must make interactions with his patients fun and entertaining whenever possible. Many child psychologists will provide fun activities for their young patients, such as coloring books and toys. Many of these activities are used during play therapy.

Where Do Child Psychologists Work?

There is a high demand for licensed child psychologists, and these professionals will often have very little trouble finding employment.

In addition to working for others, a person interested in a child psychologist career can also usually choose to open his own practice, which allows him more time to focus on each patient.

What Is the Median Salary of a Child Psychologist?

According to the Bureau of Labor Statistics (BLS), clinical, counseling, and school psychologists earned a median salary of $78,200 as of May 2019.

Some of the top earners in this field worked in child daycare services, earning an average salary of $120,130. Other top-paying fields for child psychologists (according to average salary) include:

Interested in becoming a child psychologist? Learn which psychology degree path is right for you.

Child psychologists are often associated with working in the educational system to assist children with emotional, social and academic issues. However, the career field allows graduates and professionals to seek employment within a wide range of job settings that deal with infants, toddlers, and teenagers. There are plenty of positions and opportunities to develop a child psychology career that incorporate the knowledge, prevention, diagnosis and treatment of developmental, cognitive, social, and emotional issues of today's youths. Learn more about careers in child psychology.

What Type of Positions Can a Child Psychologist Hold?

Specific career paths that a child psychologist may take include:

Assuming a position within a private school to create programs that promote the success of students, as well as to provide individual counseling.

"Working in the schools has its benefits including competitive starting salaries, good health and retirement benefits, and having weekends and holidays off."

Any organization or service that deals with children and adolescents may hire the services of a child psychologist; career opportunities are also found in the following settings:

"[Child psychologists] can opt for a research position, a teaching position, or a combined position in universities."

Read about degrees in child psychology.

Ways for Child Psychologists to Increase Desirability as a Job Candidate

"It is important that a curriculum vita is prepared by the applicant indicating his/her education, professional activities and references."

Attributes That Employers Often Look for When Hiring a Child Psychologist

"Most important is to be passionate about what one is doing and choosing a specialty that one loves. That will help [a child psychologist] excel in that particular area, and be desirable as a job applicant." 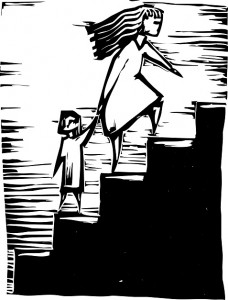 Ways for a Child Psychologist to Increase His/Her Salary

An employed child psychologist who continues to pursue extensive training and education increases his or her chances of earning a promotion or qualifying for a higher position. Child psychologists with a doctorate degree earn more money than a counselor with a master's degree; Massarelli says the higher the degree usually means the more money one makes.

Massarelli also suggests another way a child psychologist can increase his or her salary is by being the best in a particular area of psychology – especially where there is a demand for that service. Those who specialize in the treatment of certain disorders or conditions tend to make more money than a general practitioner who addresses a wider range of disorders.

"Word of mouth is an excellent way one can market oneself and increase one's salary over time."

Private practice child psychologists additionally face the potential of making more money than those with a fixed pay scale who are employed in the school system or with another organization. A private practice allows psychologists to choose how many clients are seen, and set their own fees for their counseling and/or therapy services.

However, a factor to consider is job stability. The amount of money earned can change on a weekly basis, and the possibility of losing clients for unforeseen reasons can occur – all of which can lead to an overall decreased salary in some cases.

Social media and online interaction provides a wealth of networking opportunities for child psychologists. According to Massarelli, another helpful resource is ListServ, an email discussion group that facilitates communication between professionals in various fields, including psychology.

Attending a conference connects child psychologists with others in the field, and provides an entryway for collaboration and the exchange of ideas to take place. Brumariu notes that working on papers together, consulting, speaking with others, and participating in intellectual exchanges regarding topics of interests, are all worthy ways to network with other professionals.

A few to note include:

In addition to state-approved CE programs for psychologists, the APA provides continuing education programs for child psychologists. Opportunities to develop on a professional level include earning continuing education credits in topics such as Bipolar Disorder in Children and Adolescents; Violence Against Women and Children; and Social Anxiety in Adolescents and Young Adults.