Career As A Cognitive Psychologist 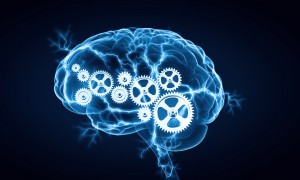 What Is Cognitive Psychology?

Memory is the ability to recall certain bits of information that were acquired in the past. Our memory helps us in learning, speaking, and interaction. Because of this, memory is also one of the most studied areas in cognitive psychology.

The term "cognitive psychology" was coined by Ulric Neisser, an American psychologist working at Cornell University. His book, Cognitive Psychology, was published in 1967, and it remains one of the most influential books in this particular area of psychology.

Why Do We Need Cognitive Psychologists?

In short, the work of cognitive psychologists can help some people overcome their disabilities.

Of course you would! Problems with memories can translate to problems in life in general. As mentioned above, memory affects a number of different cognitive processes. Without a good memory, we would be unable to read, write, or even speak well. It would also be hard for us to remember our friends' birthdays, or even faces.

What Are the Education Requirements to Become a Cognitive Psychologist?

As with other psychology careers, a four year Bachelor's degree is usually the necessary starting point of a cognitive psychology career. While earning psychology degrees, students will often take several different types of psychology courses, such as abnormal and developmental psychology. Courses on research strategies and statistics are also usually recommended, and often required.

Once a student has earned an undergraduate degree in psychology, he can then start working toward more advanced degrees. A handful of psychologists stop their education after earning their Master's degrees, but most continue their education in order to earn their Doctorate degrees.  If you are serious about becoming a cognitive psychologist you can request information from schools in your area via our Find a School Page.

What Does a Cognitive Psychologist Do?

Where Does a Cognitive Psychologist Work?

What Is the Median Annual Salary of a Cognitive Psychologist?

While salaries for cognitive psychologists are hard to pinpoint because they vary according to their specialty, the Bureau of Labor Statistics (BLS) reports a median salary of $101,790 for these professionals, categorizing them as “psychologists, all other.”

The BLS provides average salaries according to the settings in which they typically work, which include research, government, and academia: