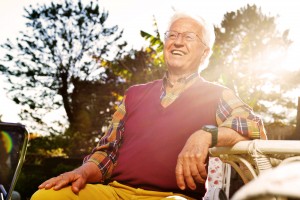 As we grow older, our minds and bodies begin to change slowly. Some of these changes might sneak up on us so slowly that we may not even notice them at first, but they do happen. These changes may include typical physical problems that come with old age, such as wrinkles, hair loss, diseases, and loss of muscle and bone loss.

Psychological problems also become more common as we age, and many older adults typically experience some sort of mental and emotional disorders. Some of these problems might be caused by physical changes, like mood swings that accompany menopause or depression caused by chronic illness. Other psychological problems, however, might be caused by life experiences, such as grief over losing their close friends or spouses.

Gerontology is the study of the aging process and the problems that elderly individuals might encounter. Professionals in this field typically study and find ways to treat physical, mental, emotional, and social problems.

It was in the beginning of the 20th century that the term "gerontology" was coined by Elie Metchnikoff. In the 1940's, James Birren began organizing the field of gerontology. One of his most important accomplishments was the theory of primary, secondary, and tertiary aging.

In 1945, the Gerentological Society of America was founded, and Birren was one of its first presidents.

What Are the Education Requirements to Become a Gerontologist?

In general, to start a gerontology career, many students usually start with a bachelor's degree in psychology, social work, or nursing. Some undergraduate universities also offer degree programs in gerontology. Undergraduate degrees are usually enough for some to start their gerontology careers in entry level positions, such as aides in senior centers and nursing homes.

Graduate degree programs in gerontology are also available in some universities as well. Students who graduate with a master's degree or a doctoral degree in gerontology will usually have more job opportunities as well as higher salaries.

If you are interested in going to school to become a Gerontologist find out more information from schools that offer these degrees in your area at our Find a School Page. Learn more about gerontology degrees.

Why Do We Need Gerontology?

Because there are more effective medical treatments in the world today, the number of elderly individuals in the world today is higher than ever. Of course, as the field of medicine continues to advance, that number is only expected to increase even more.

These older adults need a different type of care than their younger counterparts - the kind of care that gerontologists specialize in. Research and advancements in this field make the prospect of living to a ripe old age a little less scary and a little less intimidating. Professionals in this field can help meet the needs of older adults on a mental, emotional, social, and physical level.

What Does a Gerontologist Do?

Individuals interested in a gerontology career might go on to work as researchers, or they may choose to work directly with older adults.

Gerontology research careers typically involve conducting research to study and better understand some of the things that may affect the aging process. Some gerontological researchers might study why some people get more wrinkles than others, for instance, or how to cure or slow the progression of certain diseases associated with old age.

Gerontologists might also work directly with older individuals. They may provide help with day to day activities, such as meal preparation, transportation, or even just nice conversation.

Some gerontologists might specialize in emotional or mental disorders that may be experienced by older adults. They may offer counseling or therapy for things such as depression, anxiety, and grief.

Advocacy is another common responsibility of gerontologists, namely social gerontologists. Senior advocates may act as links between older adults and the world around them. They may help them with the long and difficult paperwork associated with such things as health care or insurance. Social gerontologists also usually work to help dispel some of the myths that surround old age and work to set older adults up with employment, education, volunteer opportunities, or social activities.

Where Do Gerontologists Work?

Programs and activities geared toward older adults - such as those found in community senior centers - are also usually organized by gerontologists.

What Is the Median Salary of a Gerontologist?

Gerontologists, categorized by the Bureau of Labor Statistics (BLS) as social workers (child, family, and school), earned a median salary of $47,390 as of May 2019.

The top industries for social workers (and their average salaries) included: