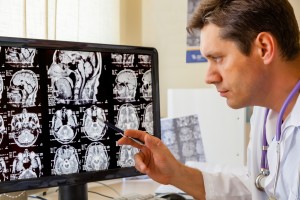 What Is Cognitive Neuroscience?

Have you ever wondered why we do the things we do? What makes us tick?

Human beings are utterly complicated animals, with utterly complicated thought processes. Ultimately, however, we are controlled by chemicals and electrical impulses. This, of course, is an overly simple explanation, and the actual processes that the brain goes through in order to produce certain reactions or thoughts are very complicated.

Cognitive neuroscience is a relatively new field, and the coining of this term actually has a very short, yet interesting, history. In the 1970's, a small group of scientists and psychologists planned a dinner. Besides good food and banter, these dinner plans also included discussing how the brain enables the mind. Two attendants made a fateful decision to share a taxi to get to the dinner. It just so happens that these two gentlemen, Michael Gazzaniga and George Miller, were a neuroscientist and a cognitive psychologist.

Actually, it would be more appropriate to say "The Beginning". The beginning of modern cognitive neuroscience, that is.

Why Do We Need Cognitive Neuroscientists?

As mentioned above, cognitive neuroscientists play an important role in understanding the human mind. By better understanding how the mind works in relation to the physical aspects of the brain, scientists are often able to devise more effective treatment methods for certain disorders.

Not all mental, emotional, and behavioral disorders are able to be treated with counseling and psychotherapy alone. Some more severe disorders may need to be treated with medication as well. These medications alter how the brain functions, enabling it to work more efficiently or - in theory - how it is supposed to.

Some disorders that may benefit from medication include:

What Are the Education Requirements to Become a Cognitive Neuroscientist?

Psychology, neurology, neuropsychology, or psychiatry degrees are all good places to start. Pursuing a cognitive neuroscience career also usually requires advanced degrees as well. For instance, most will go on to earn their master's degrees and doctoral degrees.   To find schools that are available in your area for these programs visit our Find a School section.

Besides a number of biology and psychology courses, future cognitive neuroscientists will also usually take several courses in mathematics and research methods.

What Does a Cognitive Neuroscientist Do?

>A cognitive neuroscientist is primarily a researcher, on a quest to find out how our brains contribute to our cognitive function. These professionals might conduct research a few different ways.

With today's technological boom, scientists and researchers are using computers more and more. A cognitive researcher is no exception. He might use computer simulations, for example, to test theories and hypotheses. A cognitive neuroscientist career might also involve monitoring a patient's brain activity with special equipment.

A cognitive neuroscientist might also study and test samples of brain tissue, in order to better understand the mysteries of the human mind.

Where Do Cognitive Neuroscientists Work?

Universities will often hire cognitive neuroscientists as researchers and professors. Some other possible places of employment might include research facilities and pharmaceutical companies.

What Is the Median Annual Salary of a Cognitive Neuroscientist?

Cognitive neuroscientist salaries can vary, depending on a few different factors. Scientists with more advanced degrees will usually be able to command higher salaries, for instance.

The type of facility that a cognitive neuroscientist works in will also have an impact on how much he makes. For example, the median annual salary for biological scientists in 2010 was $71,310. Those that worked at educational institutes made less than that, however, with a median salary of $59,200. The same type of scientists working for pharmaceutical companies, on the other hand, made slightly more, with the median salary being $74,670.