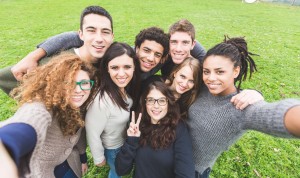 What Is Social Psychology?

As a general rule, the majority of people act differently when they are with different groups of people. If you think about it carefully, you probably do as well. For instance, you most likely act differently around your family than you do your friends. The reason for this is simple. Our actions, thoughts, and feelings are almost always influenced by the individuals that surround us.

This special field of psychology began in the early 20th century, and it was spurred on by experiments on social facilitation performed by Norman Triplett in 1898. Social facilitation is the phenomenon that causes the majority of people to do better at certain things when other people are around. Social psychology became even more popular in the 1930's, when German psychologists who were fleeing from their country started studying prejudice and the spread of Nazism.

Since its beginnings, social psychology has been used to study everything from hate crimes to bullying to marketing tactics. Today, it is still a growing field, and it can be applied to many areas.

Why Do We Need Social Psychology?

The world, unfortunately is teeming with all different sorts of social problems. All it takes to see this is watching the evening news or skimming the morning paper. Understanding these problems and how a group can influence each of the individuals in that group, is one of the first steps toward putting an end to these problems. Some of the problem areas that social psychology can be used to study include:

Not all group influences on individuals is negative, however. Some individuals that are in the presence of certain people, for example, might feel more inclined to react positively to the world around them. Social psychology can be used to study these types of situations and possibly be used to help create more.

What Are the Education Requirements for a Social Psychology Career?

Most aspiring social psychologists will also go on to earn advanced degrees as well. After earning their bachelor degrees, for instance, they will typically earn their master's degree and doctorate. Social psychologists that prefer to work in a clinical setting should consider earning Doctor of Psychology, or PsyD, degrees, and those interested primarily in research should earn Doctor of Philosophy, or PhD, degrees.

What Does a Social Psychologist Do?

The research that psychologists conduct can be applied to solve a number of real world problems, from minor problems to major problems. For example, social psychologists might be able to help advertisers and marketers figure out how to use group influence to help get more individuals to buy certain brands. Social psychology studies can also be applied to help put a stop to or lessen the spread of certain social problems. Professionals that work toward this goal will usually help create such things as community programs and public awareness campaigns. Some social psychologists might also provide counseling for individuals affected by social problems.

Where Does a Social Psychologist Work?

Marketing and advertising firms also sometimes hire social psychologists for marketing research. Social psychologists that work at universities will often be hired to teach, but they will also usually be able to conduct research as well.

What Is the Median Salary for a Social Psychologist?

According to the Bureau of Labor Statistics, social psychologists fall under the category of sociologists who, as of May 2019, earned a median salary of $83,420.