Get Started in an Army Psychologist Career 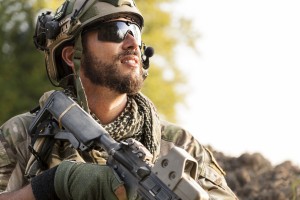 What Is an Army Psychologist?

Before a new Army recruit can start his career, he must first meet and speak with an Army psychologist. It is the psychologist’s duty to perform a mental evaluation on each new recruit. This is to ensure that the recruits are mentally stable and able to handle the stress of military life.

Since deployment can be a very stressful time for enlisted soldiers and their families, Army psychologists will also usually meet with soldiers who are getting ready to leave home. During this time, they will offer counseling and therapy to help treat any mental disorders, such as depression.

Army psychologists are also available on both domestic and foreign Army bases to help treat any soldiers that are experiencing mental and emotional problems. When soldiers are home on domestic bases, psychologists might counsel them for a variety of problems, from minor stress to substance abuse. Soldiers who are away from home on foreign bases, however, may suffer from more severe mental anguish. For instance, the thought of taking another human life – even during wartime – is a hard thing for nearly anyone to deal with. Army psychologists often find themselves counseling soldiers with very heavy burdens.

Post-traumatic stress disorder (PTSD) – sometimes referred to as shell shock or battle fatigue – is one of the most common disorders that Army psychologists treat. This is a type of anxiety disorder that can occur after a particularly traumatizing event, such as war. An Army psychologist will often recommend cognitive behavioral therapy for PTSD, but medication might be needed in addition to this therapy, especially in more severe cases.

What Are the Education Requirements to Become an Army Psychologist?

Military training is also usually required in order to become an Army psychologist. This usually includes basic training and physical conditioning. Some military psychologists also do a tour of active duty before they start practicing.

Clinical psychologists are part of the U.S. Army’s Health Care Team, which works within the U.S. Army Medical Department’s more than 600 world-renowned hospitals, clinics, and other healthcare facilities across the world.

All Army psychologists are commissioned officers. Recent job posts reveal a starting salary of about $39,445 (second lieutenant) for Army psychologists, with additional pay including up to $75,000 in special pay, incentive pay, board-certification pay, and more.

In today’s military, the mental health of enlisted service men and women is considered to be very important. Because of this, the job outlook for Army psychologists is very good. Excellent sign on bonuses and very competitive wages are even offered to qualified Army psychologists as an incentive for them to enlist.