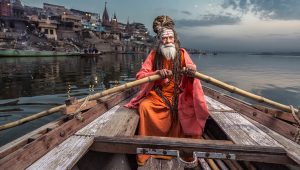 Psychological anthropology is a scientific discipline predicated on the assumption that the cultural milieu in which people are raised helps define their basic thought processes and behaviors. Psychological anthropologists study the interactions between cultural and mental influences to determine the basic cognitive and emotional composition of the members of specific cultures.

Each culture has its own history, practices, languages, traditions, taboos, and mores; in addition, each has its own greetings, dress, and religious and spiritual beliefs. Those members of a culture indoctrinated into these beliefs and practices take them for granted, but they form a profound influence on the individual. Additionally, members of a culture experience mental disorders specific to that culture, diseases of the mind that aren’t common to or recognized by other cultures. Psychological anthropology seeks to understand how the influences of culture, mind, and personality interact. In addition, it delves into the relationship between culture and society and the effects they have on the individual.

What Is Psychological Anthropology?

To draw meaningful conclusions as to the influences that culture has on mental health, motivation, cognition, emotions and perception, psychological anthropologists study the patterns of human development. The discipline draws from many others, including:

Psychological anthropology assumes that all humans are born with the same basic cognitive abilities. This theory contrasts sharply with the beliefs held by experts of previous centuries, who believed that “primitive” and “advanced” cultures possessed mental abilities at different levels. Today, almost all psychologists recognize that what are perceived as variations in thinking and learning are due entirely to the cultural schema to which people are acculturated at a very young age.

Some experts claim that psychological anthropology is the same as cross-cultural anthropology, which is the comparison of various cultures in an attempt to find similarities and test hypotheses about widespread human behavior. Others, however, contest this assertion, claiming that psychological anthropology looks at specific cultures to determine how the society uniquely influences behavior rather than drawing broader conclusions from a study of a variety of cultures.

What Does a Psychological Anthropologist Do?

These are, of course, difficult questions. In an attempt to find the answers, the psychological anthropologist pursues one of the many available avenues of research. Like other psychologists, psychological anthropologists may simply have discussions with subjects to learn how they think and feel. They administer tests, such as the classic Rorschach test, and develop indicative case studies of individuals, families, or communities. Many examine mental illnesses to draw conclusions as to how specific cultures experience a specific mental disorder and the prevalence of it in their society.

To make these kinds of conclusions, the psychological anthropologist must have a variety of skills and types of knowledge, including:

Some psychological anthropologists conduct fieldwork, in which they immerse themselves in a variety of cultural settings around the world or in their own locality, at a community health center, nursing home, or church, for example. Many psychological anthropologists find employment at research institutions, where they conduct experiments, analyze fieldwork, or conduct metastudies. Or, they may review multiple studies to formulate overarching conclusions.

Other psychological anthropologists work in mental health facilities, focusing on a specific ethnic group and applying psychological principles pertaining to that group’s specific cultural setting, upbringing, rituals, perceptions of emotions and behavior, and so on. They may perform a counseling role with those who have serious mental illnesses, often confined to a single culture or culture group. Or, they might work with clients while gathering data to publish.

The challenges for psychological anthropologists are similar to those encountered by any other type of psychologist. Working with clients may mean long hours, including nights and weekends. Even if the position offers a stable 9-to-5 schedule, spending hours with patients who are experiencing distress and trauma is stressful and emotionally exhausting. To avoid burnout, psychological anthropologists must strive for and achieve a healthy work–life balance.

Psychological anthropologists may study specific topics, such as:

To practice, psychological anthropologists typically need at least a master’s degree. While those with bachelor’s degrees may be able to assist in a research capacity, a master’s is required to work with patients, lead studies, or teach. Job opportunities increase for students who go on to obtain a doctoral degree, a Ph.D.

Most Master of Science in Psychological Anthropology programs comprise one year of study, though some can be completed in two years on a part-time schedule. During the course of the program, students learn about human development, all the way from infancy through the older years; culture; mental health; psychiatry and psychoanalysis; science; religion; emotion; self-concept; and more. Students may choose to focus on one or several of these areas, although all students must receive basic training. At the Ph.D. level, students work with their advisors to customize a program that meets the specific requirements of their institution.

Anthropologists, who focus mainly on research, don’t need a specific license, certification, or training to work in their fields. Fellowships or apprenticeships may make it more likely that a research institution or organization will hire a psychological anthropologist, but legally, no extra experience is required to seek employment. Psychologists who work at research institutions or play a supporting role under licensed psychologists also are not required to complete an internship or apprenticeship program or obtain licensure.

However, psychologists who plan to work with patients or clients must obtain a license. The requirements for licensure are different in every state or country, so those seeking it should check the specific rules in their area. Information for different jurisdictions can be found at The Association of State and Provincial Psychology Boards website. Typically, to sit the licensing exam, students first need to complete a specified number of academic hours and internship hours, followed by a clinical training period supervised by a licensed and practicing psychologist.

Certification is voluntary and allows the professional to engage in a more specific area of focus. Students and graduates can find out more about certification from school or professional organizations.