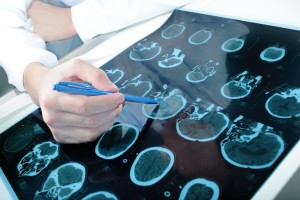 The human brain is arguably the most complicated and astonishing organs in the human body. It can even be called the master organ, since it regulates all of the other organs in the body. For instance, it tells the lungs when to inhale and exhale; it tells the skin when it there's a sensation, such as an itch or pain; it helps regulate digestion; and it tells the heart to keep pumping. The brain is also master and commander of our cognitive functions and behaviors. Injury to any part of the brain can cause malfunctions in the body, along with unusual thoughts and behaviors.

Modern neuropsychology has roots back in the late 19th century, when animals and humans with brain and nervous system injuries were studied by some of the first neuropsychologists. Unfortunately, the research papers were unreadable for some, partly because they were written in German, and this field came to a halt in the early 20th century.

The field of neuropsychology began to make a comeback after World War II, when doctors found the need to treat veterans with head injuries. In the 1960's, psychologists revisited the studies done in the late 19th century, and the field has grown rapidly since.

Why Do We Need Neuropsychology?

Imagine having a brain injury. Now, imagine that your injury has made it so that you're unable to function normally.

Neuropsychology helps doctors understand how brain malfunctions occur, and what happens when they do. By understanding these neurological problems, doctors can help possibly treat and prevent them.

What Are the Education Requirements to Become a Neuropsychologist?

Neuropsychology is often considered to be a mixture of neurology and psychology, and an aspiring neuropsychologist's education should reflect this. In order to pursue a neuropsychology career, most students start with a four year bachelor degree in psychology, pre-med, biology, or neuroscience.

The majority of aspiring neuropsychologists, however, will usually not be able to secure employment until they have earned more advanced degrees. A handful of people may be able to start their neuropsychology careers with master's degrees in neuropsychology. In order to make the most of their careers, however, most individuals interested in this field pursue Ph. D.'s.

To find schools in your area that offer these programs visit our Find a School Page.

What Does a Neuropsychologist Do?

The duties and responsibilities of neuropsychologists may vary, depending on their specialties.

Some neuropsychologists, for instance, work primarily as researchers. This might involves studying both healthy humans and animals, and those with brain injuries or illnesses.

Neuropsychologists might also work in clinical settings as well. This typically involves assessing and diagnosing patients. This can be done by observing specific symptoms and using sophisticated technology, such as brain scans. After successfully diagnosing a neurological problem, neuropsychologists can then often recommend a course of treatment, which can include therapy, medication, or surgery.

Where Do Neuropsychologists Work?

As with a neurologist's duties, a neuropsychologist's place of employment might vary, depending on his specialty.

Neuropsychologists that are primarily concerned with research might work in private or government research facilities. Some universities might also hire these professionals to conduct research and teach.

What Is the Median Salary for a Neuropsychologist?

According to the Bureau of Labor Statistics (BLS), neuropsychologists (categorized by the BLS as psychologists, all other) earned an average salary of $98,230 as of May 2019.