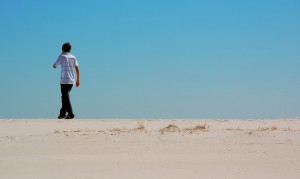 If you are embarking on a career as a Suicide Intervention Counselor; statistically speaking, you have chosen a profession with one of the most positive career outlooks in the nation. According to the United States Bureau of Labor, between the years 2012-2022 mental health counseling positions will increase by 29% (approximately 36,700 new jobs.) This is significantly higher than that of other professions, which in the aggregate are projected to increase by 11%.

Where is a Suicide Intervention Counselor Likely to Find Employment?

With the new health care mandates in place, every institution/facility that has offered Suicide Intervention Counseling in the past will need to fortify their staffs.

There are suicide prevention and intervention services needed in various facets of the infrastructure of government at state, county and local levels.

“It will take us several months to review our data and profiles of cases, but one thing is already clear: police suicides took a noticeable drop in 2012. We are the first group to track police suicides on a scientific basis and this is the first reduction we have seen since we began monitoring them in 2008. This is encouraging news that we tentatively attribute to the increased number of departments adopting peer support programs and the increased willingness of officers, many of them younger, to seek professional assistance—not only when they have a problem, but before problems develop (through things like annual ‘mental health checks’).”

“I went to a department counselor for problems I had when I was involved in a shooting. I don’t really want to get into the details, but let me say that I very much needed the help. I’m glad I went. Real glad.”

Government as Provider for Veterans: Troops returning from deployment as well as stateside veterans are provided Suicide Intervention Counseling as a facet of mental health services. According to the American Foundation of Suicide Prevention, 20% of all suicide deaths in the nation are military veterans. Joseph O’Leary MSW works as a civilian provider of counseling for military veterans. He is passionate about his career and the need for Suicide Intervention Counselors;

“Each month nearly 1,000 veterans attempt suicide; approximately 20 veterans per day succeed in taking their lives. And these are just the ones we know from documentation; there are many more attempts than reported.

Men and women with more than one deployment to Iraq and Afghanistan are most likely to suffer from suicidal depression and Post Traumatic Stress Disorder (PTSD). It is imperative to have qualified counselors in the field of mental health willing to help those returning from overseas.”

Government as Provider for Citizens: Various public service agencies must have available Suicide Intervention Counselors on staff. Police and fire agencies responding to emergencies involving the threat of suicide have Suicide Intervention Counselors that respond to the scene of the emergency as well as provide services at the physical offices of the responding agency.

State and County Hospitals and Medical Clinics: Hospitals which are the treating facilities for suicidal patients employ Suicide Prevention Counselors.

Prisons/Jails: Federal, state, county and local incarceration facilities have counselors on staff to deal with problems specific to incarceration.

State and County Colleges: State and community colleges provide counseling for issues (such as suicide) on campus for their enrollees.

Private Hospitals and Medical Clinics: Like their public counter-parts, privately owned medical institutions have a need for counselors specializing in depression and suicide.

Private Practice: Starting a private practice specializing in Suicide Intervention Counseling is an option for those meeting state and local requirements. There may be an increased demand for private practice counselors working as sub-contractors, now that the Affordable Health Care Act has been implemented.

Educator: Most small colleges require a Master’s Degree in Counseling for their instructional professors; once this requirement is met, teaching is an option for a Suicide Intervention Counselor.

Advanced Degrees: The higher paying jobs and the available jobs will be for those with a Master’s Degree according to the Bureau of Labor Statistics. Receive more information from the below graduate counseling programs:

Experience: Having experience as a Suicide Intervention Counselor will increase your attractiveness as a job candidate. If you are caught in the catch-22 of not being able to obtain experience because you do not have experience, volunteering for one of the many organizations which deal with issues of suicide is a viable solution.

Ways for a Suicide Intervention Counselor to Increase His/Her Salary

Continued Education: Most employers recognize and reward additional certifications, degrees, and academic achievements with monetary rewards. Keep up with the latest findings and studies in Suicide Intervention; attend some form of continuing-education on a regular basis.

Be a Valuable Employee: While it may be impossible to become indispensable as an employee, it is possible to become very hard to live without. Those who are pleasant to work with are more likely to receive promotions and salary increases. The most important thing you take to work is your attitude. If you arrive with a smile and a positive outlook, it can only yield beneficial results for both your status and your salary.