The Ten Worst Habits for Your Mental Health 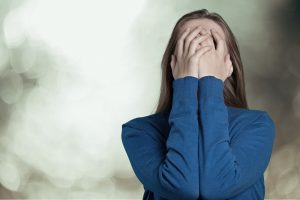 Bad habits may be sucking the joy right out of your life.

You probably already know that bad habits can make you sick. Eating cheesy sausage eggs each morning and pizza every night will drive up your cholesterol, increase your waistline, and might even give you heart disease.

Just as bad habits can be harmful to your physical health, some bad habits can negatively affect your mental health. These habits can increase your risk of depression, for example, or cause you to feel more anxious or stressed out.

These ten bad habits may be sabotaging your mental health:

Pursuit of excellence is a healthy habit – it is always important to do your best when trying to achieve an important goal. Doing something perfectly can increase your chances of success, of course, but the need to be perfect at all times can actually undermine your efforts.

Psychologists describe perfectionism as positive or negative. Positive perfectionism helps you do your best – as a perfectionist, you never deliver anything short of your absolute finest work. Habits of positive perfectionism include setting realistic goals, letting go of failures, seeing mistakes as opportunities for growth, keeping anxiety and stress within healthy boundaries, and enjoying the process as well as the outcome.

Habits of negative perfection includes setting standards beyond your reach, dissatisfaction with anything less than perfection, preoccupation with failure or disapproval, and seeing mistakes as evidence of unworthiness.

Simply sitting up straight can reduce symptoms of depression, according to a study published in the Journal of Behavior Therapy and Experimental Psychiatry. Several other studies show good posture improves self-esteem and mood, but the results of the new study suggest that good posture increases positive attitude, reduces fatigue, and decreases self-focus in those with mild to moderate depression.

Guilt has a limited place in society – feeling remorseful about a wrongdoing usually prevents a person from committing that offense again.

The habit of guilt often starts in childhood, when you learned to “clean your plate because there were starving kids in China” or to act a certain way out of fear that your family would not be proud of you. As you grew older, the emotional grip of guilt may have matured too. You may feel guilty about leaving your family to go to work, for example, and then feel guilty about leaving your job to go home to your family. Left unchecked, you may find yourself in a state of perpetual guilt that prevents you from giving your full attention to any one task.

Habits of guilt include magnifying problems, claiming responsibility for creating or resolving problems that had little or nothing to do with you, perceiving yourself as a bad person for committing minor offenses, and refusing to forgive yourself.

A sedentary lifestyle is bad for your waistline, your heart and, as it turns out, your mental health. PsychCentral refers to exercise as “nature’s mood enhancer.”

Regular exercise may ease depression by releasing endorphins and other “feel good” chemicals, suppressing immune system chemicals that worsen depression, and increasing body temperature to create a calming effect. Exercising regularly can also give you confidence, distract your mind from worries, improve social interaction, and help you cope with life stresses in a healthy way.

Bad exercise habits that affect your mental health include exercising irregularly or not at all, exercising to the point of exhaustion, practicing bad form, and engaging in only one form of exercise.

Everyone has negative thoughts now and then, and occasional feelings of failure usually pose no mental health problem. Fostering these negative thoughts can create a failure mindset, however, which can interfere with your ability to succeed. Ugly thoughts that say your life is bleak, miserable, and without hope or meaning can become good company on sleepless nights, and prevent you from making forward progress during the day. Left unleashed, continual thoughts of failure become habit.

Thoughts and feelings of failure inflict terrible damage on mental health, leading to anxiety and depression. Negative thoughts discourage you from setting goals, diminish the value of your natural talents, and magnify your missteps.

The habits of a failure mindset include listening to that inner voice that says you cannot succeed, that you have no choice, or that you should back out before the world discovers that you are a fraud.

The Child Mind Institute says that overuse of social media is promoting anxiety and lowering self-esteem in teenagers. The mental health issues resulting from social media use can also affect adults. The Telegraph reports a recent survey of 1500 adult Facebook and Twitter users in which 62 percent of participants reported feelings of inadequacy and 60 percent reported jealousy from comparing themselves to other social media users. Thirty percent said using just these two forms of social media made them feel lonely.

Using too many social media sites may be dangerous to your mental health. A recent study published in Psychiatric News links the use of multiple social media platforms with an increased risk for depression and anxiety.

7. Overuse of a Smartphone, Even Not on Social Media

Using a smartphone is a very rewarding activity. An endless variety of apps, messaging systems and websites trigger positive feelings. Habitual smartphone use, however, causes you to check your device constantly in fear of missing out. Some mental health professionals worry excess smartphone use can cause a form of addiction, with users compulsively checking for notifications and updates.

Compulsive or excessive use of a smartphone could worsen symptoms of depression, anxiety, chronic stress and/or low self-esteem, according to recent research published in the Journal of Affective Disorders. An absence of good news in notifications, a steady stream of distressing news coverage, and fighting on social media can amplify negative effects of smartphone overuse.

Regret is another emotional state that is healthy only in small doses. Everyone has some regrets in life – not marrying someone, taking a job, buying a car – but regret should not be a daily habit.

Many Americans seem to have a habit of regret. Research cited by Psychology Today says that regret is more common in cultures where people have greater control over their life choices.

With daily practice, regret can turn into lifelong rumination over what could have been. A habit of regret can lead to depression, anxiety, sleep problems, and difficulty concentrating. Results from a study by Concordia University suggest regret can even negatively affect physical health.

The habit of co-dependency interferes with your ability to enjoy a healthy, mutually satisfying relationship. Mental Health America says that families pass the learned behavior of co-dependency down through the generations, so you may have learned this people-pleasing habit from your parents.

Psychologists first used the term “co-dependency” to describe partners in chemical dependency but many now use it to describe any one-sided relationship. Habits of co-dependency include sacrificing yourself to take care of another person and putting someone else’s desires ahead of your needs. Co-dependency robs you of your individuality while endangering your health, welfare, and safety.

Sleep is a source of physical and emotional resilience. By providing your brain and body an opportunity to recover from the difficulties of the previous day, sleep helps you rise to the challenges of tomorrow. Losing sleep for one or two nights can make you feel groggy, grumpy, and out of focus, but a habit of poor sleep can wreak havoc on your mental health.

Research shows people with mental health problems tend to sleep poorly. The Sleep Health Foundation reports that 60 to 90 percent of patients with depression also have insomnia. More than half of all insomnia cases are associated with depression, anxiety, or psychological stress, according to the National Alliance on Mental Illness (NAMI).

Bad sleep habits include getting too little sleep or inadequate sleep, drinking caffeine late in the day, engaging in stressful situations before bedtime, and using electronic devices before bedtime.

When it comes to mental health, these habits and patterns of thinking can be your worst enemy. Breaking bad habits takes considerable work and time but, with practice and determination, you can learn new habits that improve your mental health.