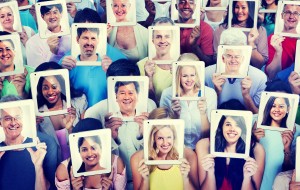 What Is Multi-Cultural Counseling?

It’s no secret that the population in this country continues to rise. This increase can be attributed not only to longer lifespans and births, but also to an increasing amount of immigrants to this country.

America has one of the most culturally diverse populations in the world, with individuals from every corner of the globe making this country their home. In fact, America is often referred to as the “Great Melting Pot”.The melting pot theory refers to several culturally diverse individuals living in one place and “melting” together, much like the ingredients in a stew. Minorities from different cultures often blend in, picking up habits and traditions from majority cultures, much like the ingredients in a large pot of stew. For instance, many Americans embrace Mexican food and Cinco de Mayo celebrations much like potatoes absorb some of the flavor of meat and carrots in a stew.

However, some researchers do not fully agree with the melting pot theory in America. Instead, they argue that America should be called the “Great Salad Bowl”. Culturally diverse individuals may live close together amongst each other, yet they retain and even cling to many of the cultural differences that make them unique. This can be likened to the way that the lettuce, onions, and tomatoes are mixed together in a bowl, yet still retain their unique and individual characteristics.

Whether we are all part of a “melting pot” or a “salad bowl”, however, there’s no argument that many of us do have cultural differences that can make it difficult to get along well. This is especially true for immigrants coming into this country to live. These individuals may come here for a number of different reasons, such as for religious freedom, to escape political discord, or just for more financial opportunities. No matter what that reason is, though, immigrating to a new country and culture can present a unique set of problems. They may feel torn between adapting and blending in to a new culture or retaining their own culture’s characteristics. Many times, immigrants will also have to deal with the persecution of others, simply because they are from a different culture.

Starting a multi-cultural counseling career typically requires a unique set of skills and characteristics. Professionals in this field must be open to new and different cultures, while able to embrace their own cultural backgrounds and beliefs. They should have a deep knowledge and understanding of a variety of different cultures, and be able to speak at least a few different languages. Because there are often language barriers and cultural misunderstandings, multi-cultural counselors should also have excellent verbal and non-verbal communication skills. Above all, however, multi-cultural counselors should be compassionate and non-judgmental, with an understanding of the challenges that culturally diverse individuals and societies must face.

Why Do We Need Multi-Cultural Counseling?

Although the number of immigrants to the United States - both legal and otherwise - has seen dips and spikes over the years, the number of immigrants coming into this country ultimately remains steady. With individuals continually pouring into the country, it goes without saying that a number of people within our borders will experience such things as culture shock, prejudice, and difficulties adjusting to their new lives.

Multi-cultural counseling is often needed to help individuals adjust to their new lives and help others adjust to them as well. This type of counseling can be used to bridge the rifts between individuals of diverse cultures, making a more peaceful and less confusing existence for all of us.

What Does a Multi-Cultural Counselor Do?

Multi-cultural counselors may have a few different tasks, depending on their locations.

First of all, a multi-cultural counselor will often try to help making the transition into a new and different culture easier on immigrants. They will talk to immigrants and offer advice and guidance, for instance. They may also help treat any mental disorders that may be caused or exacerbated by relocating to a seemingly different world, such as depression, anxiety, and grief.

Individuals from some cultures may also have the belief that mental illnesses don’t actually exist or are something to be ashamed of. For instance, in areas like the Middle East, it is not uncommon for suicides to be recorded as “accidents” and mentally ill patients being ignored, as their is a certain stigma attached to mental disorders in general. One duty of a multi-cultural counselor then may be to educate these types of individuals on the fundamentals of mental illness and what it entails. For example, they may make it known that being depressed in this country does not make them an outcast and treatment for this condition is widely available.

Multi-cultural counselors may also be called upon to help bridge the cultural gap between two or more different cultural groups in some areas. Through group and individual therapy sessions, these counselors will often help these groups work through their cultural differences. This often requires a great deal of patience and understanding, on the part of the counselors as well as the culturally diverse individuals. The counselors will often ensure that everyone gets a chance to have their say and explain their point of view, for instance, and they might also help with any language barriers.

Where Do Multi-Cultural Counselors Work?

What Are the Education Requirements to Become a Multi-Cultural Counselor?

Although there are no strict education requirements for pursuing a multi-cultural counseling career, a good education is necessary nonetheless. Most individuals pursuing a multi-cultural counseling career will usually earn bachelor’s degrees in areas such as social work, counseling, psychology, social psychology, or sociology. They might also go on to earn graduate degrees in these areas.

Courses in areas that relate to cultural diversity and immigration should also be considered when pursuing a multi-cultural counseling career. These types of counselors should also be able to communicate in a few different languages, so foreign language courses should also be taken.

What Is the Average Salary of a Multi-Cultural Counselor?