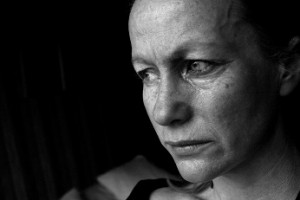 If you are considering a career as a Domestic Abuse Counselor, your career outlook is extremely positive. While the United States Bureau of Labor predicts that the overall employment outlook is growth of 11%; the Bureau projects that the field of Domestic Abuse Counseling will grow by 19%. Learn more about how to become a domestic abuse counselor.

Issues involving domestic abuse are often collateral to socio-economic conditions. In other words, pressures and stressors which are directly related to the economic climate often result in acts of domestic violence. On July 23, 2013 ABC News reported that a study conducted at Kansas State University revealed the number one reason for divorce and marital arguments is financial problems.

“The study found that no matter how much a person makes, fights about money are the biggest contributors to divorce. The study also revealed that it takes a couple longer to recover from a fight about finances than any other fight. Apparently, couples use harsher language with each other and the arguments last longer.

Prolonged recession has contributed to the domestic violence occurring due to stress and pressure related to finances.

Since the 1980’s domestic violence issues have received an increasing amount of public attention in all forms of the media: books, movies, news, and music. With societal recognition of the harm to communities as a whole, the reports of domestic violence have been substantially increasing. In 1984 Farrah Fawcett starred in “The Burning Bed” the true story of Francine Hughes, a woman who had suffered from domestic violence for 13 years. After over a decade of abuse, Hughes burned her husband alive in his bed as he slept. When it premiered on NBC it was ranked as being one of the most widely watched television movies of all time. The film introduced to the public at-large the concept of “battered women’s syndrome” as a legal defense. In many ways the movie prepared the public for what would be the trial of the century; the O.J. Simpson trial in 1995. The world sat riveted as court television covered the trial in its entirety. No longer was domestic violence something that was not spoken of in public; it actually became the talk of the town.

“As a child I grew up in a home where domestic violence was an everyday thing. My father drank and my mother screamed. They fought and then the fighting would get physical. The person who helped me stay sane was the counselor who worked with me and my family.”

What Type of Positions Can a Domestic Abuse Counselor Hold?

A Domestic Abuse Counselor is most apt to find employment opportunities within the governmental framework. Often the only way victims are rescued and perpetrators are charged is due to the intervention of police agencies. Left to their own devices a large number of affected persons would never receive helpful and necessary domestic abuse counseling. States vary in their utilization of Domestic Abuse Counselors as well as their employment title or categorization. The following is a generalized list of positions that might or could be possible with your credentials in your state of residence. It is intended to serve as a starting point for your investigations. 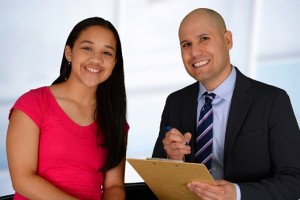 Organizations hiring Domestic Abuse Counselors vary in requirements for employment positions. According to the U.S. Department of Labor, a job candidate with a Bachelor’s Degree in some form of social work will qualify for entry-level positions such as caseworker or mental health assistant. They also note that in order to work within some settings, a Master’s Degree is necessary. (This includes a counselor in the school-setting or healthcare.) With respect to the position you are interviewing for, an advanced degree will increase your desirability as a job candidate. Advanced degrees show an employer that you are dedicated to your field, knowledgeable, and have the intellectual discipline necessary to complete an advanced degree.

“When I first began my career in this field, I had only my Bachelor’s Degree in Social Work. I quickly realized I wanted to be earning more money as well as making a difference within the system in additional ways. I decided to further my education and begin my Master’s Degree. I have never regretted that decision; it has made my life much more comfortable and enjoyable.”

Employers like to know that those they hire have something to offer their firms in an experiential sense. No matter what your level of education, experience in working with victims of domestic abuse/violence will boost your resume in the eyes of any potential employer. If you have no experience (you need the job to get the experience) then you might consider the different avenues of volunteer experience that are open to you. Every state has programs that deal within their borders.

The following is an alphabetical list of national organizations that deal with various forms of domestic abuse and routinely seek out volunteers:

Ways for a Domestic Abuse Counselor to Increase His/Her Salary

Employers in both the private and public sectors frequently recognize an employee furthering their education by elevating their pay scale. If you have a Bachelor’s Degree, enroll in a Master’s program. If you have a Master’s Degree, obtain a Doctoral Degree. Check with your human resources department about continuing education rewards at your institution. Some employers offer supplemental funding to help pay for your educational pursuits.

Accredited and Credentialing institutions offer continuing education courses that assist counselors in specializing in their fields. Attend programs, seminars, webinars and other events which will offer you additional training in cutting-edge areas. When it comes time for a salary evaluation, these activities will indicate to the employer that you are up-to-date and a growing asset to the company.

If your employer consents, coordinate events in the community which raise awareness as to the importance of your institution. If you raise the value of your company in the eyes of the public, you have also raised your value to the company. When you successfully create a positive, newsworthy profile of your employer, it can only help but increase your chances of salary increases and/or promotions.