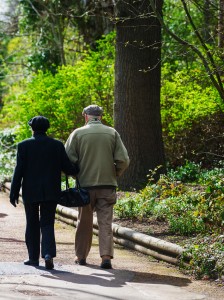 While the collective projection for growth in employment opportunities for all professions is 11%; the employment outlook for those desiring to be Geriatric Counselors is 29% according to the United States Bureau of Labor Statistics.  In addition to this being one of the fastest growing professions in America, the factors for the marked increase in growth are substantially stable and  not subject to traditional market fluctuations.

There are multiple reasons for the positive career projections, all of which are crucial to a comprehensive understanding of your future geriatric patients and clients:

“Just last year, the oldest members of the “Baby Boom” generation (that is, Americans born between 1946 and 1964) turned 65. As has been the case since the birth of this cohort, this very large generation will bring important challenges to the systems and institutions that support and enhance American life. Although many Federal agencies provide data on aspects of older Americans’ lives, it can be difficult to fit the pieces together.”

“I cannot tell you how excited I am about the new laws about insurance companies having to cover counseling. My grandmother was going through problems at her housing complex and I went to take her to a counselor who specialized in older people. I couldn’t afford to pay $90 even once a month, never mind once a week! Now I can take her and her insurance will have to pay!”

“Have I needed help mentally? That’s like askin’ me if there’s ice in Alaska. Yup. I do. And now that I know I can get it and my health insurance is footin’ the bill, I am going to.”

“A very large number of veterans haven’t made it all the way home from the war in Southeast Asia. By conservative estimates, at least half a million Vietnam veterans still lead lives plagued by serious, war-related readjustment problems. Such problems crop up in a number of ways, varying from veteran to veteran. Flashbacks to combat… feelings of alienation or anger… depression, loneliness and an inability to get close to others… sometimes drug or alcohol problems… perhaps even suicidal feelings. The litany goes on.”

What Types of Positions Can a Geriatric Counselor Hold?

Private Practice: Geriatric Counselors are able to go into a private practice in which they set their own schedules and perform all other business related tasks. In fact, the American Psychological Association (APA) recently reported that over half of practitioners do so independently. While this is definitely an option, many who specialize in the field are hard-pressed to recommend this option to anyone brand new to the field. Dr. Steven Walfish, PhD, is an Atlanta-based practitioner and president-elect of APA’s Division 42. He advises;

“Starting a practice fresh out of grad school isn't always feasible. Besides entering a difficult economy and lacking community connections, chances are you haven't yet acquired crucial financial and marketing acumen.”

So what are other options?

Government Agencies: In response to the three factors discussed above (the Baby Boomers entering their geriatric years; the new federal mandates requiring mental health coverage; and the age of Veterans from the Vietnam war) the demand for Geriatric Counselors will reach all-time high levels from the Veteran-based agencies to positions at a local level.

Hopsitals: As more and more geriatric patients enter the healthcare system, the need for Geriatric Counselors will be expanding. Doctors determining that their elderly patients have specific conditions requiring mental health counseling will need to have resources at their disposal. This will apply both to public and private hospitals.

All school search, finder, or match results, as well as colleges and universities displayed as "Featured School(s)" or "Sponsored Content" are advertisers that compensate us for placement on this site. The resources, editorial content, and school evaluations published on this site are developed independent of the schools that advertise here.

Ways for Geriatric Counselors to Increase Desirability as a Job Candidate

Education: The first and foremost way to increase your desirability as a job candidate is to have educational degrees. In order to enter any paying position in the field of geriatrics which is covered by insurance or governed by business laws; one must possess, at a minimum, a bachelor’s degree (preferably in the area of psychology.) For those job candidates with a master’s degree, the chances of being selected for a job position are even higher. A doctorate in gerontology will enable you to seek out positions which are not open to candidates with lesser degrees. It is safe to say that the more you further your education, the more desirable you will be as a job candidate.

Ways for a Geriatric Counselor to Increase His/Her Salary

Educational Advancement: If you are already employed as a Geriatric Counselor and you desire a salary increase; check with the human resources department of your employer. Quite often agencies and institutions offer incentive programs for their employees desiring to further their education. While some may even pay all or a part of tuition, others may guarantee a salary increase upon competition. If that is not possible, furthering your education on your own time will greatly increase your chances of securing a position elsewhere at a substantial increase in pay.

Specialize: Colleges and Universities offer classes, certificate and degrees to help you take your chosen profession a step further; this signals to your employer that you have specialized within the practice of gerontology. The American Psychological Association also advises that it is wise to find a “niche.” Continuing education is valuable to your employer and it is a tool which you can use when requesting a salary increase.