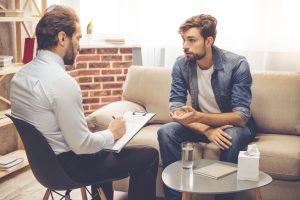 Religion plays a vital role in the lives of thousands of people. For practitioners of a specific faith, seeking therapeutic support within their own religious community makes sense. Of the many different types of psychotherapy, all approaches have one major component in common: an established relationship between the client and the therapist based on trust, empathy, and understanding.

This same type or a similar kind of relationship often already exists within the church community — between a devout, church-going individual and the pastoral leaders of the church. Pastoral counseling presents an opportunity for a church leader to provide the members of his or her congregation with individual counseling regarding a particular concern or family issue. This counseling is structured to align with the guiding spiritual principles of the church.

Religious groups have always offered spiritual support to members of a faith community. In fact, in ancient cultures, the role of the religious leader was much larger than it is today, and faith leaders provided the same type of pastoral counseling to everyone, including political leaders and monarchs.

A range of counseling opportunities exist within the religious community. To some extent, all members of the church community receive a degree of pastoral counseling: The role of the pastor and his or her weekly message, often delivered in a sermon, is, in many respects, a form of religious-based counseling. For some individuals, however, the need for support grows beyond the scope of this semi-public sermon, and one-on-one pastoral counseling may provide an ideal solution.

Since the beginning of the 20th century, religious communities have offered pastoral counseling in a psychotherapeutic context. Following the traumas of World War I, the need for therapeutic support increased drastically, and many individuals sought support from the church rather than from the medical community. As the therapeutic model continued to develop, it branched out to include aspects of traditional Western psychotherapy, including some cognitive behavioral therapy methods and a focus on mindfulness and the importance of individual choices. The integration of psychotherapy and religion was not evident until the 1930s, when Norman Vincent Peale, the famed minister, and Smiley Blanton, a psychoanalyst of noted repute, collaborated to form the American Foundation of Religion and Psychiatry in New York City.

Pastoral counseling uses many of the tools of traditional psychotherapy, but it supports those counseling methods with theology, faith, traditional knowledge, and the additional resources available within faith-based communities.

Providing these tools means that a pastoral counselor can become a helpful resource for congregants to address many of the same issues for which people traditionally seek counseling, including personal concerns such as anxiety, depression, and relationship problems. Pastoral counseling often is ideal for individuals who are coping with grief resulting from the loss of a loved one, who are facing a terminal illness, or who are having a crisis of faith and who may benefit from talking to a theologist in addition to a traditional mental health counselor.

Pastoral counselors should become familiar with the following therapeutic modes:

In addition to the church, pastoral counseling is typically offered in hospitals, at both inpatient and outpatient mental health counseling facilities, including addiction and rehabilitation facilities, as well as in private practice. The length of the counseling program is based on the types of issues being addressed.

Pastoral counseling is founded upon the core beliefs of the world’s most dominant religions. References to the importance of pastoral counseling appear in religious texts from the creed of every faith, from the ancient Hebrew Torah to Martin Luther’s 16th century precis. While the church has made pastoral counselors available for centuries, it was during the 20th century that pastoral counseling developed as a profession, complete with therapeutic guidelines that align with other counseling models in addition to church foundational principles.

In fact, from the beginning of organized religion, religious leaders have provided counseling to those who sought support from the church. In some religions, the concept of meeting with your church leader for guidance and support is still practiced and utilized in mainstream religious culture. In some regard, the concept of the sacramental confession meets counseling guidelines, in that an individual and a church leader meet in a private and confidential environment to discuss the personal issues plaguing the individual.

In 1890, when William James wrote his famous text The Principles of Psychology, much of the basis for the counseling described incorporates principles from the church community. He wrote in detail about the nature of human consciousness and addressed issues that were further explored by Sigmund Freud, who simultaneously was making some of the same discoveries as James. Less than 10 years after the publication of these pivotal texts in the field of psychology, studies of the link between religion and psychology were already well underway. E.D. Starbucks published The Psychology of Religion in 1899, just three years before James published his follow-up text to Principles, The Varieties of Religious Experience. From this point on, the principles of psychological intervention often were utilized by many religious leaders, who found therapeutic methods helpful in supporting their church communities.

When Is Pastoral Counseling the Correct Option?

Today, pastoral counselors are not simply church leaders, but individuals who have a counseling background and training, who are interested in playing a supportive role within the church. While many ministers opt to provide some level of counseling, they typically limit this service to individuals who are part of their particular church congregation, parish, or community. This allows the minister to have a personal background or an ongoing relationship with the individual in need of counseling, which often improves therapeutic outcomes.

To become a pastoral counselor, a candidate must be part of a church community and have a religious background. Ordination as a minister or clergy member is the first step toward becoming a pastoral counselor; it ensures the proper background in church theology to provide counseling on the church’s behalf.

In addition to being ordained as a minister of the church, the pastoral counselor is expected to be credentialed through the Association for Clinical Pastoral Education  (ACPE).