How Much Do MFT’s Really Make? 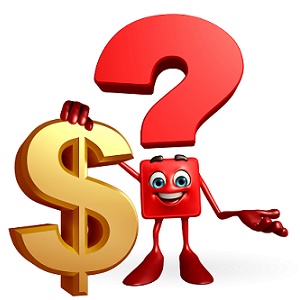 The amount an MFT can realistically earn will vary from state to state. Most annual income figures found online are based upon a national average. However, that number can either falsely encourage you or needlessly discourage you. It is important to look at various sources and factors when calculating the average salary in the state in which you intend to practice.

For labor questions one of the most reliable sources is the United States Department of Labor. (www.dol.gov) However, when researching information (even on a reliable website) it is imperative to fully understand what it is that you are reading. In other words, make no assumptions.

The USDOL website has six main areas of assistance:

(The income information for Marriage and Family Therapists is located at: http://www.bls.gov/oes/current/oes211013.htm.)

The first thing to look for is the range of dates to which the statistics refer. Many an Internet wanderer has become lost in a forest of old data. Always seek to confirm that any figures in front of you are the most recent--reliability equals recent. Once you have confirmed the year of the publication, pay close attention to adjectives attached to the topic at which you are looking; in this case “wage or salary.” A brief glance at the USDOL summary will reveal two vitally important terms to distinguish: MEDIAN and MEAN. Although they are similarly spelled and sound alike, they are two entirely different set of facts. Needless to say, mountains of confusion have come from a misunderstanding of the two words.

The word “median” defined by Webster is:

A value in an ordered set of values below and above which there is an equal number of values or which is the arithmetic mean of the two middle values if there is no one middle number.

The median wage is expressed in terms of a percentile. A percentile is not a percentage; it is simply a way of expressing data groups. In terms of salaries, the “median” wage is the figure that 50% of the people are below and 50% are above. It is the middle of the set of values. It is not an average. This is where many analyze incorrectly due to lack of understanding; the “median wage” is not the average wage; it is simply a midpoint in the number of people being surveyed. To simplify, if there are 5 people in the study you would list them with their salaries:

The “mean” or average salary is the sum of all salaries divided by the number of people. In this case it would be:

The mean or average salary is $114,000. You may be thinking, that doesn’t sound right and the 2 people making $20,000 would most likely agree. Herein is the wisdom of understanding statistics: they are numbers; whether or not they make sense is for you to decide. Most people take a statistic and put it in concrete in their minds. They decide that this is how things are “supposed” to be. Not necessarily a wise move; there are many other factors to uncover to get the big picture, the true picture, the one which applies to your life.

Geographic location is paramount to the salaries you are investigating for a few reasons. First, it is important to remember that unless they indicate exclusions, the mean USDOL salary includes the incomes of every person with that particular job title. Those with entry-level salaries are being combined with others holding the same job, making much higher salaries. That doesn’t happen in real life. You would never work for a company that took everyone’s salaries; combined them and then paid the average. Remember this fact when looking at the mean salary statistic.

Next, realize that importance of location applies for our purposes as much as it does in real estate. Making $30,000 in San Francisco, California is significantly different than making $30,000 in rural Arkansas. In one place you’re broke and sharing living space; in the other you’re living “high on the hog” so to speak.

To get the proper perspective, look at the salary statistics in terms of where you plan to live. Begin with the state, choose a county and if you’re still curious, pick a city. Finally, research what employers are advertising in that particular area via job postings. To some extent, salary is a geographically subjective concept; living expenses dictate the quality of living and hence perception of income.

Only you know what will make you happy in terms of living conditions and work environment. For some, enjoying their work is a priority; others work at a job strictly for the money. Know what your personality and temperament can handle. Remember that most of your life will be spent at your job; choose one that you can live with and that affords a modicum of satisfaction. If you are enjoying the passage of time in your career and therefore have good health and minimal stress, the job with that “modest” salary could very well be a gold mine.