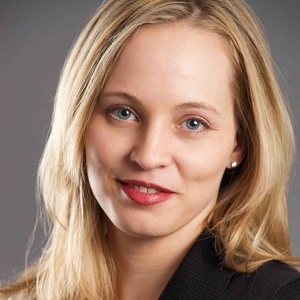 One of the exciting aspects of a career in psychology is that your life can become the basis for your specialty. This trend (increasingly on the rise) defies traditional methods of practice. Historically, a major tenet of the profession dictated that when it came to clients, the personal lives of counselors, therapists and psychologists were to remain shrouded mysteries and well-kept secrets. However, some of today’s most celebrated experts are ones who first lived their specialties, wrote about it, and then became a recognized source of expertise. Marriage and Family Therapist, Megan Bearce is one of those people.

She was a successful executive with 20th Century Fox when Bearce realized her true calling was elsewhere. Already a CPA, she enrolled in Antioch University and eventually graduated with a Master’s Degree in Clinical Psychology. Licensed in both California and Minnesota, she has numerous certifications, amongst them; Gang Counselor Certification, Girl’s Circle Facilitator Certification and SENG-Model Parent Group Facilitator Certification (Supporting the Emotional Needs of the Gifted). In spite of her wide-range of academic achievement and certification, it was actually Bearce’s personal life which led to her field of expertise and ultimately her book--Bearce is one-half of a “Super Commuter Couple.”

In her book, Super Commuter Couples: Staying Together When a Job Keeps You Apart Bearce writes,

Having barely escaped our personal financial meltdown that started in May 2009 when we were living in Los Angeles—triggered by the perfect storm of the real estate crash, the stock market crash, and the birth of our second child—I thought we were all settled in to re-build our lives in Minneapolis.

But before she knew it, the settling down her family was doing turned instantly to upheaval when her husband was offered a career-making opportunity in New York. Far too important to pass on, Megan and her husband found themselves instantly living the life of a “Super Commuter Couple.”

Today Bearce is a sought-after writer and speaker on the topic of the psychological effects of relationships strained by distance. She has appeared in US News and World Report, Forbes.com, ABC News, the Las Vegas Review-Journal, MarketWatch and Redbook, just to name a few. Her husband Ian Bearce is also nationally known for his documentations of the lifestyle. We were fortunate enough to sit down with Megan and discuss her career and the life that led to her specialty.

How does it feel to have your life lead to your specialty which led to your book?

It feels like a perfect example of you never know what good can come out of a stressful situation or unplanned changes. I never in a million years could have guessed the last 4 years would have been like this nor how well we've all faired and that I'd write a book about it.

Have you always wanted to write a book?

I have always felt like I had a book in me, as cliché as that sounds, but I didn't know what it would be about. I even took a "writing for therapists" workshop several years ago taught by a therapist with several published mystery novels. In the summer of 2012 I was feeling ready to write a blog, and after a date night with my husband, I sat down to write about my experience as the wife of a super commuter. I wrote 10 pages which is much too long for a blog post! As a speaker, I realized that this could be a great topic and made an outline of what I'd want to cover and realized quickly that I had the outline for a book instead. When people would hear my husband super commuted I would hear either "I know someone who does that." or "How do you do that?" and I felt like that confirmed that the topic of super commuter relationships was an important one for therapists to learn more about how to help clients build resilience as well as a resource for couples living this way or considering doing so. I interviewed people in super commuter relationships: one in South Africa, another who'd been in Costa Rica, and over 20 from across the US. By January of 2013 had 75 pages written and decided I was ready to hire an editor to help me finish and fine tune the project. I subsequently decided to create a publishing company and hired an inside layout designer, a cover designer, a printer, and a distributor. All the things a big publisher does. The book was published in Oct 2013 and is available in paperback and eBook versions.

What has changed in your life since its publication?

I'm even busier now than I was before. I have learned so much about the publishing world and public relations! People often ask how the process of writing the book was and it was easier than the part that comes after which includes marketing, spreading the word via social media, connecting with therapists across the US, writing articles, and building up my speaking platform to the next level. I have been very busy doing radio and news interviews, have several speaking engagements booked over the next several months, including the Minnesota LMFT fall conference, and am fine tuning a CEU course for therapists on working with super commuter clients. Consulting with HR departments regarding super commuters and employee retention is another service I offer, and I am continuously working on building relationships with professionals in the business community. All of this in addition to my private practice which is expanding.

No pun intended, but your life is an open-book. Do you have any problems with the transparency aspect?

In regards to the transparency, my training as a therapist included many supervisors who practice from a post-modern standpoint and inherent in that there is some transparency. In the work I did with the non-profit “Cleanslate,” transparency was required to a degree or clients didn't trust you. I know that many people in a super commuter relationship say that unless you've lived it, it's hard to relate, and so I was very conscious about sharing enough of our personal experiences so that readers could say "Yes! That's what it feels like." I hope that by doing so, people will reach out and share their experiences with each other. I'm considering starting a Facebook group or something that would allow for that.