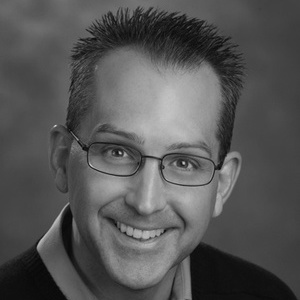 In 2007 Smith decided to implement an approach to therapy which was uniquely suited for men. He created “Guy Stuff Counseling;” a methodology which recognizes the gender-specific issues inhibiting many men from fully-engaging and benefiting from counseling. Smith’s approach does not limit itself to men however; it also assists women in understanding the men in their lives. Smith’s “Guy-Friendly” and dual-gender services have garnered growing support from individual men, couples, and women who all are seeking a new approach the male psyche.

What was your life like before becoming involved in the world of psychology?

My home growing up was not an academic home. My father never went to college. He went from a military academy high school right into World War II and then after the war to work. My mother completed her A.A. part time as I was growing up. My father wasn't much of a learner, while my mother was a big reader and very self-taught.

Unfortunately, my family was very dysfunctional, and it wasn't talked about or addressed. This spurned a desire in me to understand behavior and pursue psychology. My first exposure to psychology was John Bradshaw’s classic book, The Family, which I read as an early teen. Then I took a psychology class as a junior in high school. My psychology teacher became a mentor through high school and for a few years beyond.

The development of my psychology career has been a long journey. I went right to work after high school graduation, literally. The day after graduation, as many of my classmates were off to Hawaii, I was traveling out of town to work in the family business.

I always had an interest in psychology and really wanted to pursue it, but never saw it as a career possibility until I was able to begin college at the age of 27.

What challenges have you encountered on your path to where you are today?

Life challenges have shaped me more than anything as a counselor – from not being able to go to college after high school, financial struggles growing up and as a young adult, challenges starting and running a business at 20 years of age, taking 10 years to complete my B.A., and a brain injury that I suffered my final year of undergraduate work, which derailed my education for another 6.5 years and prevented me from obtaining my doctorate.

I believe the most important thing we offer patients is ourselves -- being authentic and showing that we're flawed too. When we're transparent and reveal that we struggle to do the things we teach as much as them sometimes and experiences we’ve had that allow us to empathize and relate to being in their shoes, our influence is so much more powerful. Psychology is one career I think is best suited for those in later-life, because life experience is such a valuable component to understanding and applying its principles.

What advice would you give to someone considering a career as a counselor who has not yet begun their B.A.?

For someone who hasn’t finished their B.A. I’d say the reason to choose a career in psychology isn’t because you give good advice, or people come to you for advice, or even that you're a good listener. I've seen people come into the field with this kind rationale as their motivation and most don't last.

What advice would you give to an undergraduate majoring in psychology?

Any undergrad I recommend exploring psychology at least a little bit. Psychology is a great foundation to go in any direction in grad school. It's applicable and useful in any field. For those with more interest in mental health, having a strong desire to learn more and more about psychology is really important. We always need to be learning. Psychology isn't an exact science, and there's definitely not an end point where you know it all.

To those in graduate school I'd suggest beginning to prepare now for post-licensure. Choose practicums and internships based on your interests. Discover where you want to go post-licensure, and don't look at this stage in your career development as simply a process to accumulate hours, but rather to set yourself up to take off as soon as you're licensed.

Finally, what would you suggest to those who are newly licensed?

How did you become interested in specializing in "Guy Stuff”?

Working with men on 'guy stuff' just developed on its own. As a male therapist in a female dominated field it kind of just happened naturally. I work with men on common relationship issues for both men and women, like communication, affairs, and intimacy; and then on more male specific challenges like anger, addictions, and sex.

Most of the women who come to me want to understand how their man ticks. They want to know 'why' he does what he does. And, of course, they usually want help in changing him.

What is a day in the life of Kurt Smith like?

The thing about being in private practice, or more precisely being a small business owner, is that your workload is so much more than what people think. On days I do therapy, I do 10-12 sessions in a day. I don't like to sit around and have a lot of down time, so I really fill my appointment schedule. Then there are additional hours on these days managing practice related issues. Being in private practice there are just as many hours, really more, managing day-to-day operations and marketing than there are doing therapy.

What would you like to accomplish in the future?

I'm interested in doing more speaking and teaching in the future.

Learn more about becoming an MFT.