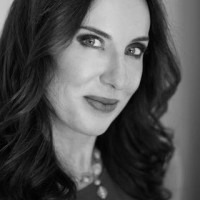 Before becoming a licensed therapist, Tracy Thomas, Ph.D. was a well-established, extremely successful corporate businesswoman. Utilizing her innate talents and gifts, Thomas had coached hundreds of executives into prosperous and successful careers. In spite of significant accomplishments spanning over a decade; she decided one day that it was time to change her environment and her job title. Instead of remaining a pseudo-counselor within the corporate world, she decided to become the real deal in the real world--Thomas was determined to become a psychologist.

A San Francisco resident, Thomas had graduated with a bachelor’s from Sonoma State University with the combined major of management, marketing and political science; subsequently earning a master’s in organizational development. Her next stop was Walden University; the institution which would eventually confer upon her a doctorate in psychology.

Preferring to discuss her work in terms of therapy, counseling and coaching, Thomas is a down-to-earth, straight-shooting professional.

How did you decide to become a therapist?

I decided to become one because I always was one. Ever since I was a kid there was always someone in my family, unfortunately, treating me too much like I was a grownup. They would always talk to me about their problems, and I would just listen. Somehow talking to their niece or grandchild or kid would seem to make them feel better. I was always the “go to person” with my friends and with people who had problems.

How did those experiences lead to your career?

Before I started therapizing people (that’s totally a word), I had a long history in the business world. I was a 'manager of managers,' known for turning around struggling employees because I could have the honest and ‘difficult conversations’ that help people transform.

I finally, basically realized ‘I am doing psychology!’ I was doing employee development; I had 300 employees below me, and I was developing these people into future managers and future leaders. Really what that meant was that I was helping them develop as people; helping them actualize and basically step-up, show-up and be functional in order to reach their potential. This was done for the company to meet their goals, and more importantly, so that these people could meet their own goals, personally and professionally. This, of course, helped the company and my territories, as well as the regions I was leading.

How did you feel about playing that role in the corporate world?

I always loved that part; I was always praised for it. It was easy for me; it was natural and people responded because they felt cared-for, and they felt heard. They got to experience being coached which gave them strategies. They ultimately felt like they had a partner in the growth process. After years and years and years in the corporate world, I was on a conference call one day and I was hearing myself talk and other people speak. The topics we were discussing didn’t matter to me at all; the conversation was superficial and there was a lot of posing. At some point in the middle of the posturing that typically goes on in the corporate world I realized, ‘I just cannot do this until I am 90!' (I’m not sure if people can really retire anymore.) I saw that I had to do the career that was me just being me, so that it didn’t feel like work.

Since you were already doing the work of an executive coach, did it occur to you to transition into that profession?

I thought maybe I should just start a coaching practice, but I had some intuition that by going through the process of getting my credentials I would take a journey and it would set me up to have multiple variations of an evolving career. So instead of being work, it would eventually lead to different chapters for the rest of my life-- like teaching, research, counseling, and writing. It was just clear to me that this was the path I was going to go down.

What advice would you give to an aspiring therapist?

I would say to them, truly, do not become a therapist unless you are actually someone who is already a therapist and you just need to get the title. If you are not at your core essence a healer, then you are probably just in it to heal yourself. You will do that to some degree, but it’s an incredible responsibility to work with people who are coming to you to help them heal. If you haven’t done your own healing work on the front-end, and do not have a deep sense of self as well as know exactly how to take care of yourself on every level, then you are underestimating the awesome responsibility that comes with helping other people take care of themselves. Before helping others you have to have expertise that has come from you having learned first how to love yourself, take care of yourself and to get rid of your ego. You have to heal yourself first.