After pushing aside economics and physics as areas of study in college, Dr. Art Markman has built a reputation as one of the most well-respected cognitive psychologists in the country.

He earned a bachelor's degree in cognitive science from Brown University and went on to get his PhD from the University of Illinois in 1992. After graduating, Dr. Markman spent five years as an assistant professor in the psychology department at Columbia. Now at the University of Texas-Austin, Dr. Markman balances his teaching duties with his research interests.

He still teaches a number of classes and is the executive editor of the journal Cognitive Science. His research interests include how people process similarity and analogy comparisons, category learning and decision making, the way that motivational factors affect learning, decision making, and cognition more generally.

How did you know you wanted to study psychology? When did you first become interested in the subject?

The story I always tell is that I went to college assuming I would study economics or physics. But when I got there, I didn’t like the economics classes and the physics classes didn’t like me.  Along the way, I took some computer science, anthropology, philosophy, and psychology.  Midway through my sophomore year, I was sitting down with an advisor, and they pointed out that all of those classes would satisfy major in cognitive science.

So I took very few actual psychology classes as an undergraduate, but one time I found myself in a computer science class and I remember that we read a paper that had a psychology experiment in it. The teacher made a snide comment about psychology experiments and I remember giving an impassioned defense on doing research on people and I started to realize maybe I am a psychologist. Ultimately I ended up going into a PhD program and that was the start.

Why did you decide to stay in school and get your PhD rather than just pursuing a psychology career with an undergraduate degree?

I was always interested in research and trying to push the boundaries of what we understand, and the PhD is a research degree first and foremost.

Why cognitive psychology instead of a different type of psychology?

My real interest was in trying to understand how people think and that’s what cognitive psychology is all about. I certainly have tried to stay multidisciplinary, and I have published papers in psychology and philosophy journals and even now in marketing and consumer behavior journals, but the field itself has these artificial disciplinary lines so that regardless of what you end up studying you need to end up reaching across those disciplines to make progress.

How would you describe cognitive psychology to someone who wouldn’t understand it?

What are some of your primary responsibilities in your current role?

As a faculty member at a university, there is a tremendous amount of flexibility to create a job that fits your interests. And as a result, my own job responsibilities have changed significantly over my career. I just finished 21 years as a teacher and if you look at my colleagues they have taken different types of career paths and I give this as a preamble because it is pretty interesting.

The typical faculty job is about splitting time between teaching, research, and service. Teaching is pretty self-explanatory, though I get to teach both undergraduate and graduate classes. As for research, I still do new research projects in collaboration with students and colleagues and then write up the results for journals. The service aspect is about things like helping the university run, but also helping the field more broadly by doing things like being the editor of the Journal of Cognitive Science, or doing a lot of outreach so that a lot of people are exposed to cognitive psychology that wouldn’t have been otherwise.

I try to write things like blogs that would be read by a wider audience so they can get a sense of what psychologists do.  Also, some people won’t listen to what you have to say unless they pay for it, so I have done some consulting companies.

Right now, I am the director of a new education program called the Human Dimensions of Organizations. We are creating a curriculum aimed at people in business and non-profits that will teach them about the humanities, and the social and behavioral sciences so that they can understand people and how they think, and then they can use that knowledge in a business context.

Why did you choose a career path in academia rather than in a laboratory?

I was always most interested in research and 20 years ago when I got my degree, the academic path was the main path you could go. That’s changed in the intervening time because the broader world has discovered psychology.

There are a lot more companies right now that are engaged in research in the cognitive sciences, like product design companies or Disney which is studying the influence of advertisements. Those opportunities exist now when they didn’t before so I ended up in academia. It wasn’t really a choice per se; it was really the only path.

Can you give me an example of a recent research project? What sort of research was it? How did you conduct it?

Your work seems exhausting; do you ever get burned out and want to try something new?

No because academia as a discipline provides all of these opportunities for keeping yourself busy by doing something else. If I had just been a teacher, or just been a researcher, or just been a writer, then yeah, I could imagine getting burned out because at some point you might just begin to feel like you have exhausted your energy for that activity.

But for me, I could find other opportunities to do something else. It can definitely be a lot of long hours, but you are always doing a huge number of different things. It’s not really just one job, it’s really seven jobs.

What are some of the most rewarding aspects of your job?

The job has its rewards in lots of way. Successfully publishing papers is great, especially when you see your ideas picked up by other people. Publishing a paper that no one reads isn’t that much fun, so seeing that your ideas matter to people outside of academia is really cool.

One of the reasons I enjoy talking to people at companies is that I see our research affect people do things differently in other aspects of their work. Also, teaching is a lot of fun. I have taught lots of classes and just knowing that you said something that made someone think differently is nice and it’s great to see people succeed and people who get interested in the subject.

Are their aspects of your profession that you would like to see changed?

I think there are two things. One is that I think academic psychology doesn’t do a great job of letting potential students know what all of the career path options are. A lot of students come into psychology and think their main job prospect is to be a clinician. Well, the helping wing of psychology is big and important, but I think we don’t do a good job of letting people know about all these other opportunities that are out there.

Secondly, I think that in the current environment, universities are under attack from a financial standpoint. There is a lot of discussion about whether a college education is valuable and states are cutting back on allocations to public universities. It worries me to think that we will put ourselves in a position where only those with the resources will be able to afford to get a college education.

Looking back, would you change anything about your career path if you could do it all over again?

Oddly enough, I look back on my career and I wouldn’t change a thing. It has gone as well as I could possibly hope, and not because of anything I did, things just worked out for me. I’d like to think I was prepared for opportunities that came my way, but I have been really lucky and honestly wouldn’t change thing.

What sort of advice would you pass along to students who are interested in following your footsteps?

Anyone who is interested in a PhD in psychology should really have to think that they love doing research, reading about the subject and think it’s just fun to think about it. Because if you come down this path, you will spend a lot of time with psychology, and you better love it 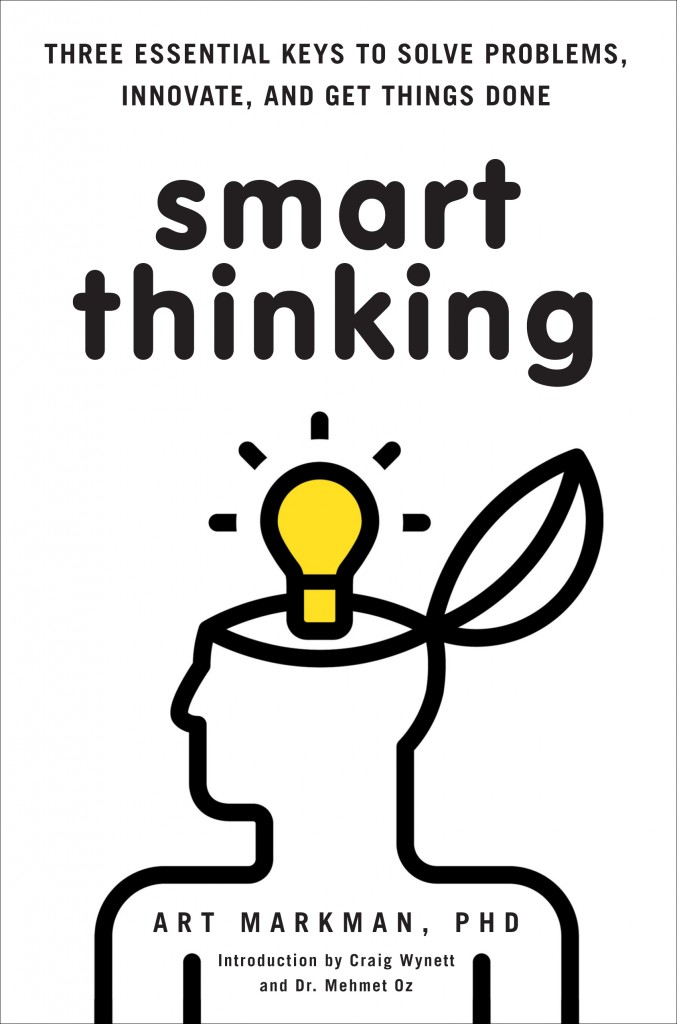 because, while you can make a pretty decent living as a professor or in this career, it takes a long time to get there, and so the primary rewards are intrinsic.

Also, you don’t have to be smart to get a PhD, you have to be persistent. It’s not the smartest folks who survive this, it is the ones who get things done.  But that requires a lot of effort.  You just won’t put in that degree of effort if you don’t love the work; otherwise it’s a monumental chore.

If you would like to learn more about the process of becoming a Cognitive Psychologist see our becoming a cognitive psychologist page.

For more information on Dr. Markman:

Dr. Art Markman is currently working on the Human Dimensions of Organizations