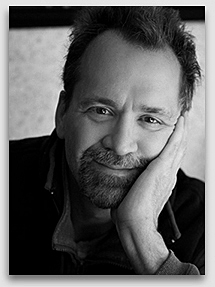 An internship in the Department of Psychiatry at the Hospital of the University of Connecticut transitioned into a position as a faculty member in the Rider University Psychology Department where he still works today while also continuing his post-graduate psychotherapy training with a clinical group.

He is best known for his work as one of the first "Cyber Psychologists",  he is the author of the book, The Psychology of Cyberspace.

How did you first come to be interested in psychology and at what point did you decide to pursue it as a profession?

Believe it or not, up until my senior year in high school I was sure I'd be doing some kind of engineering, probably because math and science are emphasized in the school system and I always got good grades in those subjects. However, in my senior year I took a course in psychology and immediately fell in love with it. Studying the human mind and behavior fascinated me.  I made a b-line to an undergraduate psychology major with the full intention of going to graduate school in psychology. That doesn't necessarily mean that all people feel a calling to psychology that early in their education, but that's how it happened for me.

You started out practicing as a clinical psychologist, can you describe what kind of work you were doing? At what point, and why did you decide to move into academia and research? 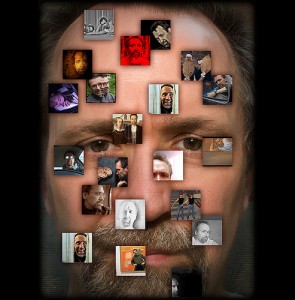 In graduate school and my internship, I immersed myself into psychoanalytic theory and therapy. I enjoyed hard core scientific research, but something about psychotherapy as a method to understand and help people intrigued me. Psychoanalytic theory in particular fascinated me as a very power way to think about the human mind. I enjoyed doing clinical work as well as writing about psychotherapeutic interventions. After finishing my internship, I knew I wanted to combine my interest in scholarship and psychotherapy, Fortunately, I got a job at Rider University where I was able to do just that. I taught courses in clinical psychology, conducted research using case study and ethnographic methods, and did clinical work at the counseling center on campus as well as in my own small private practice.

In graduate school I worked in a psychophysiology lab under Edward Katkin, who was one of the first researchers to use computers for the collection of real time data. In fact, at that time they weren't called computers but rather "microprocessors." So I was introduced to personal computers quite early. Later, when I became a professor and heard people talking about the "internet," I was intrigued. That was back in the days when the World Wide Web had just been created. It was shortly after I went online to see what the hoopla was all about when the web went VISUAL - i.e., you could actually see pictures and graphics on websites! I was amazed, especially when online communities were created in which people could use avatars and visual spaces to interact with each other. In the style of participant-observation and ethnographic research, I did an intensive immersive study of one of the earliest of these avatar communities, called The Palace (the predecessor to such contemporary places such  as Second Life). In hardcopy journals as well as online in my book The Psychology of Cyberspace, I published a variety of articles about what life was like at the Palace. From there, I started publishing articles about internet addiction, online psychotherapy, and identity in cyberspace. Essentially,  I was applying ideas from psychology to the study of how people behave in cyberspace, as well as suggesting that new concepts needed to be invented to understand online behavior. I believe my online book The Psychology of Cyberspace was the first on this topic, as well as one of the first online hypertext books. It is often cited, especially my ideas about the "online disinhibition effect."

Right now you are doing research on photographic psychology, can you tell us a bit about that?  What made you think to get into that field of research? 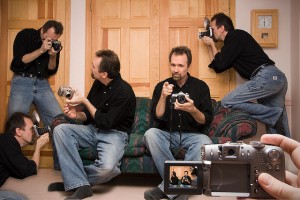 It's the study of how people create, share, and react to visual images, especially using digital photography and in online photosharing communities, such as Flickr, where I spend a lot of my time, again doing participant-observation and ethnographic research. I've been doing photography my whole life, and ever since graduate school have been interested in visual images. What I call "photographic psychology" is the culmination of those interests.

I think many if not all psychologists go through various stages in their career. Graduate school is just the beginning. As your career moves forward, you and your interests change, so therefore the type of work you do changes - but you also discover ways to expand your career into things that have always been important to you, and yet you never realized how those things could become part of your career. For me, my research has always been integrative. In my first stage, I integrated psychoanalytic theory with ideas from eastern philosophy, especially Zen and Taoism. In my second stage, I applied psychology to the study of cyberspace. Now, it's photographic psychology.

What have you most enjoyed about your career?  Could you explain an inspirational moment in your career that made you think... "this is exactly where I am supposed to be"?

In teaching undergraduates, I often draw on what I know as a psychotherapist. I encourage my students to understand themselves, their lives, and their relationships. This is the most important emphasis in all my courses. The most rewarding moments in my career have been those times when this emphasis hit the mark - when students learned something important about themselves, maybe even something that changed their lives.

Do you you any interests in psychology that you haven't yet pursued but plan to pursue in the future?

As I've become more immersed into photographic psychology, and doing more of my own photography, I'm beginning to understand what it means to be an "artist." I'd like to explore the psychology of being an artist, and see where that takes me. It's not knowing exactly where your path will lead you that is the most exciting part of your career.

Any words of wisdom that you can offer to students who are considering
the field of psychology for their career? 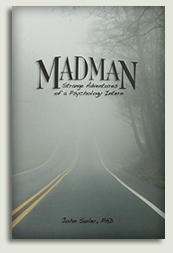 As Joseph Campbell, the famous professor of mythology, used to say to his students who asked for advice: "follow your bliss."

Dr. Suler has recently finished a book called Madman, the book was made with his students and his own career in mind.  If you need a good read that will give you not only the psychologist in training perspective but the patient perspective as well, check out Madman, Strange Stories of an Intern.