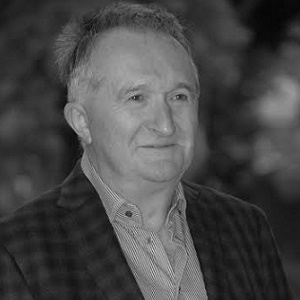 Harvey Deutschendorf, MSW is an internationally recognized author, speaker and an expert on emotional intelligence. His expertise and experience are expounded upon in his book, THE OTHER KIND OF SMART: Simple Ways to Boost Your Emotional Intelligence for Greater Personal Effectiveness and Success which has been published in 4 languages. His works also appear in HR Professionals magazine where he writes a monthly column; as well as in Fast Company magazine where he is a regular contributor.

What made you want to become a Social Worker?

My parents came to Canada as refugees following WWII. They had to borrow the money for passage from their church and arrived with only what they could carry. My parents had little education; my father was close to being illiterate, and my mother had 3 years of formal education. On top of the poverty in my early life, my family was dysfunctional. My father was quite abusive to my mother as well as my brother and myself. Not having anywhere for my brother to turn his anger towards, he became abusive towards me. From early in my life I had an interest in people and why they behaved as they did. Even though there were no books in our home, I read every psychology, self-book I could get my hands on in the local library. What fascinated me were people who not only survived, but thrived despite coming from abusive backgrounds that offered little support. I was determined I would become one of these people and be an example to others so they could also learn to overcome their history in which everything seemed to be stacked against them, becoming successful in life.

Did you always want to work in this field?

When I graduated from university with an advanced degree in social work, I thought this would be the culmination of my goals and that I would be able to pursue my dreams. I was the first one in my family to go to university. It wasn’t long after graduation that I started to feel frustrated, unfulfilled, and wondering why I still did not feel a sense of satisfaction and accomplishment despite moving far beyond the world in which I grew up. While I considered myself fairly intelligent and was told by my high school principal that I was, there was something still lacking in my life. In the mid 1990’s I was in a professional job that I didn’t find particularly fulfilling. My personal life wasn’t any more satisfying. It seemed I had problems developing healthy lasting relationships with members of the opposite sex, and I didn’t have the kind of friends that I looked up to nor really wanted as friends. It was during this time that I read Emotional Intelligence, Why It Can Matter More than IQ by Daniel Goleman. When I finished reading it I had an AHA MOMENT! I came to the realization of why my life was not working. Even though I had read many self-help/psychology books before, none of them provided me with what I was looking for.

What was your educational journey?

For my training in Emotional Intelligence, I completed the BarOn EQI Certification Program in Toronto through Multi Health Systems, the organization that owned the rights to the BarOn EQI. The BarOn EQI was the first assessment tool of EI that is approved by the American Psychological Association and is still one of the most widely used today. Apart from my formal training, I took numerous courses and workshops at every opportunity to immerse myself into the EI world to learn as much as possible.

What were the greatest challenges for you educationally?

Having ADD and OCD has been my greatest challenge. I struggled to focus on my studies and concentrate on the work enough to be able to retain the material when it came to exams. While I was able to understand what I was being taught, I sometimes struggled to be able to explain it in a way that my professors or instructors understood.

The other struggle was a personal one. The majority of university/college students come from middle class or above backgrounds. Because of my lower socio-economic family background, I often felt out of place and alone attending classes. There were no other students whose lives I could relate to or who could understand mine. I was always uncomfortable when the discussion came around to our families and backgrounds, so I tried to avoid these discussions or change the topic when it came up. I felt quite alone but was determined as I knew that if I stayed in this new culture long enough, I would become more comfortable. There was no going back.

What advice would you give someone who wants to become a Social Worker?

Make a decision and go forward regardless of the struggle and the adversity that you will inevitably face. A mentor would be a huge benefit to you during this time. Find someone who you trust and look up to, someone who is always supportive of you. Run away from, don’t walk from people who are negative, put you down and do not support you. Find people who are supportive and have your respect and the respect of others to make friends with. Be gentle with yourself if you fall back into old patterns as this is your comfort zone. Give yourself credit for the times that you did stretch yourself, leave your comfort zone and make an attempt to follow your dreams. What you are doing is not easy. It is hard work that takes courage, persistence and determination. Keep going, regardless of the setbacks. Look for inspiration to those who succeeded in situations like yours, or despite coming from environments that seem worse than yours. You will always find someone who is worse off than you. Avoid falling into the victim trap or feeling sorry for yourself. Regardless of what happened to you in the past, the future is totally in your hands. Celebrate small victories and build upon them. Do something every day, regardless of how small or insignificant it may appear to you to advance yourself in the direction of your goals.