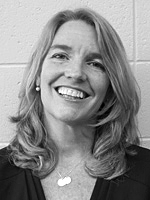 If Arcadia University School Psychologist Dr. Kim Dean had her druthers, she might still be working and living at a special education summer camp like she did when she first got out of school. Alas, the real world doesn’t always let everyone have their way and for Dean, family came first. And while she occasionally laments that she doesn’t get to work closely with the kids anymore, she also doesn’t have any regrets about the path she has taken.

Now she spends most of her time training teachers how to work in and effectively manage special education classrooms.  Her primary interests still lie with helping children with special needs socially adapt to life. She is a believer in positive reinforcement as a way to help kids come out of their shell and she also believes that school psychologists should move away from the testing and assessment methods and focus more on nipping the problems in the bud.

We were fortunate to find an interview subject who was not only knowledgeable but also incredibly passionate about her work. Usually, someone who is passionate about their work is more likely to speak about their profession intelligently and in great detail, and Dr. Dean is no exception. Enjoy!

How did you become interested in psychology in the first place?

When I was an undergraduate, psychology 101 was a requirement. And when I took tests in the class, I would answer the questions but I would also leave comments on all of the questions because I was very achievement-oriented.

One time the professor told me I should think about becoming a psychology major because it was clear I had a passion for it. He was doing some interesting research and that’s how I got connected.

You work predominantly with kids. Why did you choose to focus your work on children, especially considering adults have many of the same issues?

To be clear, I mainly train teachers now, so I don’t get to work with kids that closely, but I think it was just my natural behavioral instincts. I had been a camp counselor and a babysitter when I was younger so I knew that I could be really successful with kids, and I just think kids are more stimulating and fun to help.

When I first got out of school, I started working at a camp for kids with severe behavioral and emotional issues and I will say that I would still be doing that now if I could somehow convince my family to live deep in the woods.

What about school psychology? How did you choose that specific career path since psychology is such a diverse field?

I was always supervised by several clinical psychology people and their level of understanding and research was so amazing, I loved working in that environment.

Those folks became my model for what good meaningful work would be about, so I applied to a bunch of clinical psychology programs. I got rejected from University of South Florida’s clinical program, but the school passed my application to the school psychology program. I knew nothing about school psychology, so I did some research and found some information before I went in for an interview, and it turned out to be an excellent match for me.

How would you describe school psychology to someone who doesn’t know the first thing about the field?

A school psychologist is a professional who operates within educational contexts to support kids with diverse learning needs. They are also a huge preventative force in terms of helping schools to have long-term vision for student mental health. School psychologists think about making schools a healthier place for all kids.

If you asked people today about our profession, a lot of people think school psychologists just test and identify kids for services in special education, but that is a shifting paradigm. Our field is moving away from testing and placing, it's now moving towards response intervention and prevention. Instead of waiting for kids to fail, we build infrastructure so schools can look at kids in the first grade and give them support so they can succeed later.

Do you think the shifting of the field is a good thing? Is RTI a better method for helping students than the testing and analyzing?

RTI is not perfected and it’s complicated, but if it’s implemented well, it’s 100 percent the way to go. the problem is that the real prevention isn’t always there and if the quality of the program isn’t great, then the kid ends up in the same situation anyway.

All psychologists need to participate in clinical internships. Talk about your experience doing an internship. What was it like? What did you take away from it that you still use today?

I did a doctoral internship in a child development center and I loved it, the only question was whether the setting would be able to pay me at the doctoral rate. I worked for them for seven years as a master’s level psychology assistant, running therapy and social groups.  We loved each other and we were a very happy family, I would have continued there forever, doing the work that I was incredibly passionate about.

We would do 50 minute sessions with kids who were as young as four and as old as 12 or 13. With the little kids, we sat on mats and played games where we would use positive reinforcement to prompt the kids to interact socially. It was play, and the parents were invited to observe because we wanted to get the parents involved. With the older kids, we would do attention checks, where we generate questions to make sure they are paying social attention.

We would use role play and videos to help them learn skills every week. Many have no impulse control or social skills, so we want to not only improve their social competence but also their problem-solving ability as well.

Where attention goes, energy flows, and behavior grows. Positive behavior supports is a whole gigantic umbrella that talks about ways that we create structures to support kids without using traditional methods like punishment.

It is all about creating environments where we are setting up kids for success by creating structure. I am not against punishment or consequences, but positive systems build a pleasant climate. I didn’t come up with the idea; it is a whole national thing. But it is a philosophy that I have had.

When I used to do it, the only kids I was assigned to test were “untestable” because they were uncooperative and that just wasn’t very stimulating or interesting. That is starting to change though and the perception of the field isn’t just about assessment any more.

What advice would you offer to people who are considering pursuing a career similar to yours?

My first piece of advice to everyone is to go and spend time where these kids are. I learned as much at the camp I worked at as I did in my doctoral program. My levels of sophistication and curiosity were based on real kids and real struggles, so I needed to figure out how to be more effective.

So volunteer, work at summer camps, sweep the floors at a psychology center; whatever you can do to get the experience so that you know what you are getting yourself into. Also, seek out good mentors in the field, who will give you good and realistic advice. And the last piece of advice is to keep a positive spin and focus. Instead of taking a class and saying it’s stupid, think about how you can take ownership of your learning.