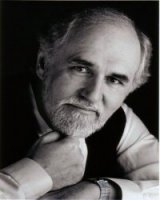 We all tend to come face-to-face with our spirituality at some point or another.  Some of us choose to ignore it, others embrace it. However, all of us should at least try to understand spirituality in order to further understand ourselves and our humanity.

Dr. Maurice Turmel is a man that has dedicated a large portion of his career to helping men and women find and understand their own spirituality.  While many psychologists may indeed find the spiritual area of psychology to be a bit taboo, Turmel recognizes it as a very important part of our human psyche.

We had our own questions about this career field and it's evolution, so we asked Dr. Turmel to participate in an interview. And to our excitement, he obliged. Enjoy!

How did you get involved in psychology in the first place, was there a seminal moment in your life or did it just kind of happen gradually?

A personal crisis involving family breakup drove me to seek answers.  I was 27 at the time, was getting divorced, and had 2 small children.  I was driven by a need to "figure things out" for myself.  What made me tick and what had happened to me and my young family.

How did you get involved specifically in Spiritual psychology?

I started taking University courses part time.  Early in my first year course work "I knew" I wanted to become a psychotherapist. Dont' ask me how.  I just knew. It took 6 years to get my Honours BA and from there I was accepted into a Masters program. From then on I became a full time student (still part time dad paying child support) and got my Masters in Psychology in just over 2 years. Before I even defended my Masters' Thesis I had already been accepted into a PhD programme in Counseling Psychology. I was laser focused on becoming a Psychotherapist. The Spiritual part was present, but simmering in the background. It wasn't until I went to work as a Staff Psychologist for a major Canadian City that the Spirituality interest began to dominate my reading.

How would you describe Spiritual psychology to someone who wouldn't know the first thing about what that means?

I can only describe what Spiritual Psychology means to me because there are no formal University programs as such. Spiritual Psychology contains the understanding that we are more than just human beings, we are actually spiritual beings having a physical experience. Yes, that means I believe in the Divine within each and every one of us.  Because of the religious implications, most therapists like myself kept it off the table and proceeded to apply tried and true methods of psychotherapy.  Inevitably, the question of spirituality would come up in a session, in many sessions as a matter of fact, and I took it upon myself to assert that I was open to anything the client wanted to discuss, including such esoteric matters as spirituality.

Most therapists I knew back in my practice days (I'm Retired) were also closet spiritualists.  It was OK to talk about it as long as you referenced Carl Jung, a most noted investigator of the esoteric and former student of Sigmund Freud. Just throw in one of the above Giants and you could talk about anything without being viewed as a quack.

Can you describe an average day of work in the field of Spiritual Psychology, kind of your 9-5 schedule?

When I went into private practice after 4 years of working for the city, I felt free to practice my type of psychology which of course included the spiritual. The topic was addressed only if a client brought it up. Most of the time it came in circumstances such as "remembering childhood sexual abuse" and the question of "Why would an all-knowing, all-seeing, all-loving God allow this?" I quickly learned people could be in psychological pain for a lot of reasons, including being pissed with the God of their religion.   At any rate, there was a lot of good resource material coming out in the 80s, being introduced on the Oprah Winphrey Show and the topic of Spirituality became front and center on the Talk Show circuit. Books by John Bradshaw and Melodie Beattie on the subjects of Co-Dependence, Addiction, Familyt Dysfunction and The Inner Child became the mainstay for myself and a considerable number of my fellow therapists.  So what we read we passed on to the clientele and all subjects were open now, including Spirituality in Personal Growth.

What were some of the main take aways from your education that you still use today?

Learning what makes you tick, psychologically speaking, is a priceless gift. What I have now is a great set of tools that I use everyday in my life, especially for working through my own issues. A psychotherapist has the same life issues and everyone else.  In many cases, a psychotherapist is someone who was psychologically wounded at an early age and set out on a path of self-discovery.  That's my story in a nutshell. So the main gift today is understanding where people are coming from, how they are using protective mechanisms we call "defense mechanisms" to protect themselves from some perceived harm.  While we're defended as individuals we are Not Free to be who we really are at a core level.  We are always operating from a position of perceived threat.  Psychological pain does not go away with time, nor does it diminish in strength or volume.  It festers until it is released, through therapeutic means, of course. Aside from a challenging and rewarding career, psychology, and specifically spiritual psychology has given me legs to stand on and a perception of reality that is wholeheartedly at odds with what I was brought up to understand.

What are some of your favorite things about your job?

When I was in practice I met many courageous souls.  These were invidiguals in pain who came to trust me enough  to open up and begin clearing out that backlog of psychological pain they had been carrying all their life.  For whatever reason I saw a great number of women who had been sexually abused as children, by a family member or trusted adult, a great number of men who had been sexually abused as children and were riddled with shame, believing they somehow were culpable.  To help dismantle these false views of self was simply a privilege.  I often felt like one of those guys from the British war movies, those guys who dismantled unexploded bombs. They have to be very careful on what they touched and what sequence of actions to follow to render the bomb safe.  That's what it felt like helping a soul come to terms with self-hate as a result of former abuse and trauma.  A true privilege.

Could you describe anything about your job that has been difficult or a hardship for you, Something that students should be prepared for when entering this career field ?

You're going to have to look at yourself. Your going to have to pull down your own masks. If you have a thirst for "truth" then this is the job for you. This is truly the job where You are Patient #1 at all times, because everything you hear will impact you and it won't be long before your wounds start acting up. Use the tools you've gained to work those issues through.  That will make you a better human being and A Great Psychotherapis.

Do you have any Advice for those interested in a career in Spiritual psychology?

Be prepared for some criticism. The old scientific method with its hardcore rules still reigns today.  But the door to spiritual psychology has been opened. I doubt you will find a program called Spiritual Psychology, but I'll bet there are plenty of courses under that title now. Most Counselling Psychology programs are accessible and will tolerate this subject.  Most Clinical Psychology programs will not.  They are the hard core scientists, still trying to measure everything, as if you could actually measure the taste of icecream. Not! Spiritual and Personal Growth Psychology are about the "qualitative" in life, the feelings, the emotions, the visions, the passions, the creativity that lurks within everyone's soul.  It's the most exciting place to be as a human being.

Do you see the field of  Spiritual Psychology changing, and what should we expect in the future?

Spiritual Psychology, in my view, will become a mainstream field within the next few years, as well respected and valued as Clinical Psychology once was.  Psychology is the study of human nature, wherever that leads. Right now the road leads straight into Spirituality, bypassing traditional religion on its journey. More and more mainstream religion is being recognized as an obstacle to spirituality, more like a toll booth, than an actual road somewhere.  When this becomes mainstream, and it will, Spiritual Psychology will be recognized as a foundation to understanding the human invidual who is both spiritual and physical at the same time. Carl Jung's brand of psychology will have taken root.

I don't know if this is Appropriate Dr. Moe, with HIPPA and patient confidentiality, but I was wondering if you would be able to generally describe a case that you have worked that really inspired you, that would possibly inspire students.

No specific cases, but here's a little lineup of what lies ahead: Broken Relationships; Death in the Family, Moving; Remembering childhood Abuse; sexual, physical, mental; Coming out as Gay; Murdered family member; Victim of violence; Can't get along with parents; Can't get along with children; Can't stand myself; Hate myself; Want to die; Feeling worthless; Ashamed of self; Feeling Defective; Feeling Broken; Feeling Crushed; Feeling Lost.  The most important skill you will develop is "Listening" with all your heart and soul so that you can reflect back the Truth of what you just heard.  That is what helps people in pain come to terms with it and heal themselves.  By helping them face their truth, you help them heal themselves. A therapist provides the "conditions" for healing, the client then heals him or herself.

Do  you have anything else you would like to add that would help Students with their understanding of this career field?

When I was in my Masters programme I wanted to do a thesis on "Authenticity".  My advisor said No, to iffy, cannot be measured, so No.  Turns out that life demands "Authenticity" or you suffer. Learn to be in Your Truth and you will help your clients face and accept Their Truth.  The Truth heals all.

For more information about what exactly a Spiritual psychologist does and how to become one, please feel free to visit our section on Spiritual Psychology Careers, in the careers section of our website.