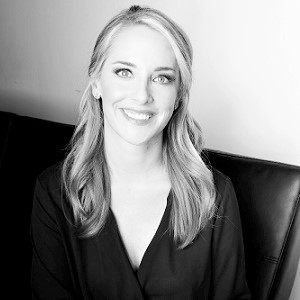 Dr. Lisa Strohman was an undergraduate student when she became involved and worked with a family whose members included four autistic children. It was because of her interactions and experiences with the realities of the family’s life that she became interested in becoming actively involved as an advocate for the advancement of their well-being. A professor who was mentoring Strohman, subsequently suggested that she obtain a Doctorate in Jurisprudence (JD-Doctorate in Law) as well as a PhD in Clinical Psychology. The dual degrees would enable her to act on behalf of her clients with special needs in the multi-faceted arenas of both mental health and legal concerns.

During graduate school, Strohman had an opportunity to work in Congress as a legislative assistant learning policy issues; as well as being accepted into the FBI Honors Internship Program. While working with the FBI, Strohman was asked to conduct research on homicidal pedophilia and abduction for the Child Abduction and Serial Killer Unit (CASKU), located near Quantico. The unique education that Strohman received both experientially and academically helped her to realize that it was possible to fulfill her passion for helping others best by working in the field of psychology. As a psychologist counseling others, she knew she could be part of the solution; therefore helping to avert crisis.

You have had such a fascinating life! The dual degree of JD/PhD is quite a marvel; it seems almost as if these particular educational processes would have inherent dynamics that would be diametrically opposed in certain aspects. How did this combination of wisdom play out in your life in reality?

I worked briefly as an attorney in a large firm as both a medical malpractice attorney and as an associate in mergers and acquisitions (corporate law). I found I was great at the depositions, as people tend to naturally open up to me. I have always been a natural ‘therapist’, even as a kid. I am a person people feel safe talking to and continue to have that effect on most people. I am a compassionate, warm and giving person, so the field of psychology fits my personality very well. It was psychologically that was difficult for me working as an attorney, knowing that certain information clients revealed would potentially hurt their case. I ultimately realized that the enticement of money from a law firm was not enough for me to commit to law professionally. My area of specialty as a psychologist is predominantly working with tweens, teens, and adults who are suffering anxiety, depression and the adverse effects of technology overuse. Seeing issues related to technology use present itself more and more in my private practice, prompted me to establish the Technology Wellness Center to provide a comprehensive, holistic approach to treatment.

We have covered your graduate experiences; will you please share about the specifics of your academic history; starting as an undergraduate?

I started out as a nursing major, but learned early on that I would need to be better at following others’ direction and handling the emotional aspects of the job. I wasn’t good at either. An advisor helped me focus on what was more natural and interesting to me – which was psychology. I was an undergraduate at UC Davis in California, where I graduated Magna Cum Laude. Again, on the advice of my professor and advisor I decided to pursue the joint JD/PhD program at Drexel/Villanova in Philadelphia. Only three to five students are admitted into the program per year, and I was fortunate enough to be accepted.

When speaking with ultra-successful professionals, it is always interesting to hear about their early years; the years that led up to their later achievements. Will you talk a little bit about your background?

My parents divorced when I was five and had a contentious relationship throughout my childhood. Many different lawsuits, many different therapists and changes were implemented throughout these times. My mother is a graduate of high school and never really held down a full-time job. My father was a college graduate and started his career as a police officer. He was promoted several times and became Bureau Chief for the Department of Justice in California. He ran forensic labs and then retired from police work and went into politics. He was elected mayor of a small town in California and was then appointed county supervisor by the governor. My grandmother was my consistent caretaker, and she was very academically oriented. She made sure that I took honors classes and was doing the work I needed in order to do well. I also have a natural desire to achieve – I always like to be the first and best at what I do.

If you could share any topic or advice with our readers, what would it be?

As an educated professional, I understand that technology is a part of everyday life. We need it in the workplace and at home to perform tasks efficiently and effectively. As a result, our children are being exposed to it earlier and earlier. Technology is now a necessity at school and children (and adults) are more and more dependent. I established the Technology Wellness Center to provide proactive and preventative tools and education to help families recognize and combat the impact screen time and being constantly plugged in has on brain development. I am also concerned about the long-term effects that posting inappropriate content to the internet can have on individuals. I see patients dealing with emotional, physical and psychological issues resulting from technology use that is damaging. I see children and adults missing out on genuine life experiences. I have seen firsthand how our younger generation is becoming oblivious to social cues and having difficulties communicating face-to-face with others. I want people to understand the serious long-term ramifications these issues can have and offer hope through solutions. If we practice and implement the right steps we can achieve balance that brings wellness.

Learn more about how to become a clinical psychologist.