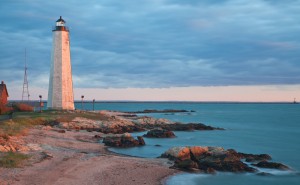 One of the most easily forgotten states in the country, students interested in psychology shouldn't sleep on the number of degree programs that are available in such a small state. Though the state has just 51 degree-granting institutions (right around half the national average) the quality of the schools and the number of options given the state’s small population and land mass offer clues that a psychology education in Connecticut is worthwhile. According to the Connecticut's Office of Higher Education, there were more than 150,000 students enrolled in public and private colleges and universities across the state in the Fall of 2014. If you still remain unconvinced, consider the fact that in 2009-10, the last year psychology degrees granted by state was recorded by the NCES, Connecticut conferred a staggering 1,631 bachelor’s degrees in psychology and another 332 master’s degrees in the subject during that same time period. The number of master’s degrees conferred is on par with states of a similar size to Connecticut, but Connecticut conferred more bachelor’s degrees during that period than states like Colorado, Louisiana, and South Carolina, that are much larger. This all just goes to show that when students are reviewing options for where to attend school and study psychology, no state and its institutions should be dismissed, no matter how small or populous the state may be.

There are some drawbacks to considering Connecticut however and the most obvious one is that it can be quite expensive to attend a university in Connecticut. The average annual cost of enrollment for a full-time student in Connecticut in 2013-14 ranged from $21,624 for in-state students attending public schools to $48,718 for students attending a private institution in Connecticut. This doesn't mean students should be dissuaded from attending college in Connecticut; in fact, the state has actually increased its spending on higher education in the last five years and the tuition is often a good indication that the schools in Connecticut are prestigious and competitive. What it does mean is that students should be very careful and very thorough in their research of the different programs before they choose a place to attend school. An investment of that size is never one that should be taken lightly and students would be wise to not only examine each program carefully, but they should also spend some time thinking about the type of degree and type of career they wish to pursue, because in a field like psychology, there are strict education requirements that make rigid barriers to entry into certain career fields.

It isn't just a coincidence that the American Psychological Association reports that 25 percent of all students who receive a bachelor’s degree in psychology continue on to study at the graduate level. They do that because in psychology, a bachelor’s degree is not enough to be considered an actual psychologist. A bachelor’s degree is still worthwhile because it can provide a strong foundation of knowledge for graduate work in the field and does qualify recipients for positions as psychologist assistants and potentially some research assistant work. But according to state regulations, applicants must have a doctoral degree from an accredited university in order to even be considered almost every case in every state, in order to become a licensed psychologist, students will need to have a doctoral or professional degree in order to be qualified. Read more about Connecticut psychologist license requirements.

If you are looking for graduate degrees in psychology in Connecticut, your best bet is to consider Yale University or the University of Connecticut, both of which have nationally ranked clinical psychology and psychology PhD programs that serve as an excellent start to a career as psychologist. Fairfield University is another Connecticut school that offers graduate degrees in a psychological field, although their program is a master’s degree program in applied psychology. If you don’t think you are ready to commit to an intensive graduate program, there are state schools like Central Connecticut State and private schools like Quinnipiac University that offer reputable bachelor’s degree programs in different fields of psychology and there are also a number of community colleges such as Manchester Community College and Middlesex Community College that offer psychology-related classes and coursework as well.

It should come as no surprise that completely online psychology degrees offered by state-specific schools in Connecticut are difficult, if not impossible to find. Yale University has a number of introductory psychology courses offered through their open course ware program and UConn and Fairfield also offer psychology-related online courses. But other than a handful of community colleges and state universities that offer online and hybrid classes in psychology-related fields, students in Connecticut looking for a completely online degree program should check out some of the many national online psychology schools that serve Connecticut students.

These schools don’t just offer fully online degrees; they offer fully online degrees at various levels and in various disciplines. For example, schools like Capella University, Walden University, and Grand Canyon University all offer online PhD programs in subjects such as social psychology and educational psychology. While other schools like the University of Phoenix, Kaplan University, Keiser University, and Baker College Online all have implemented successful online bachelor’s degree programs in psychology. Keep in mind that these are just a sampling of the online psychology schools that offer programs to students of Connecticut, so be sure to do your own research on the subject as well before making a choice.

Career Opportunities for Psychologists in Connecticut

Connecticut isn’t just a state filled with great schools to get a degree in psychology; it is also a great state to start a career in psychology given the size of the industry in the state, Connecticut’s close proximity to New York City, and its competitive salaries that it offers to professional psychologists. In May of 2014, the United States Bureau of Labor Statistics estimated that there were at least 1,900 professional psychologists employed across the state and those psychologists earned a tidy annual average wage of between $85,670 and $86,120 depending on the specialty of the psychologist. While that salary range may not seem exorbitant or even lofty for a profession where people can regularly earn six-figure salaries, but it is more than competitive, better than the median national wage for psychologists, and enough to live comfortably, even in an expensive state to live like Connecticut.

There is better news though as employment of psychologists in Connecticut continues to grow, albeit at a much slower pace than some of the other states. Connecticut Occupational Employment and Wages predicts that employment of clinical, school, and counseling psychologists is expected to grow five percent from 2008 to 2018 (roughly 130 new professional psychologists) and also predicts about 90 new job openings to come available during that same time frame. So while it may not be growing as fast as it is in other states, there are still plenty of opportunities for aspiring professionals looking to start their psychology career in psychology.